What WebRTC Means for Telcos

The question of what WebRTC means for telcos has many different answers, but it's one question that they should all be trying to answer right now.

WebRTC is an open-source project started by the World Wide Web Consortium (W3C) that enables developers to embed peer-to-peer real-time communications capabilities into supported web browsers. The standard, though not finalized yet, uses a JavaScript application program interface (API), which means that anyone can launch a voice and video-calling feature that works on the desktop and mobile web. Many pundits have called it the biggest innovation in communications since VoIP.

So that's the definition of WebRTC, but the key thing to remember is that there are anywhere from 20 to 50+ possible use cases, according to Disruptive Wireless analyst Dean Bubley. Each is very different, including in how it is brought to market and how much service provider involvement is required.

There are consumer-facing apps (see below), machine-to-machine implementations, enterprise use cases, internal applications, and IMS-integrated browser apps to replace the softphone, which Bubley says is the most talked about example, but also the most boring and slow moving.

"The interesting thing is there is no template yet for what carriers are doing in this space, as it should be," he says. "There are 101 different ways and different customers."

Check out Genband CMO Brad Bush's blog for a larger view of the infographic.

It is easy to see why even the most basic WebRTC implementation would be an appealing proposition to any company with a call center or just one that works with consumers. When your customers find you though the web, click-to-call is the most direct way to get in touch. It becomes even more valuable when you can escalate a voice call to video without any interruption. (See Voxbone Tweaks Its Network for WebRTC .)

So far, several operators have dipped their toes into WebRTC in trials and actual implementations. Some early examples (of the boring variety) include:

Behind the scenes in WebRTC
Those are some consumer-facing examples, but they will likely not be the most common instances of operator involvement. Instead, they will play a role as the connectivity provider.

WebRTC is typically, but not necessarily, run as an extension to an IMS signaling core, so that if operators are connecting users via the web, they can ensure the quality and security of the call. This doesn't give them a consumer-facing function (like a lot of the operators want), but it's no less an important role for them to play.

The ephemeral picture site SnapChat's recent acquisition of AddLive, which offers a popular WebRTC API platform, illustrates why. Amir Zmora, vice president of alliances and partnerships at AudioCodes Ltd. (Nasdaq: AUDC), says that any company with its own web server can offer WebRTC, but it will have quality issues, especially if those servers aren't near where the call is being placed. Also, if the acquisition of AddLive taught the industry anything, it's that betting the farm on an API vendor that could suddenly vanish by way of acquisition isn't necessarily smart, even if it's willing to guarantee its code.

"Companies will move to the big ones, so a service provider that provides this type of service is something people will count on," Zmora says. "They know a Verizon, for example, will not disappear tomorrow, but a startup might be acquired or go belly up. There is a very good opportunity for service providers to provide the hosted backend for WebRTC."

Companies like call centers can't just rely on one-to-one calls. Connecting to an operator's infrastructure would enable them to connect via the SIP trunk or SBC anywhere in the world with quality and reliability in place.

Yes you did miss one call "Pexip" http://www.pexip.com/.  I'm happy to provide insight if you find this platform intersting to write about.  We have the best most scalable and interoperable platform on the market.
Reply | Post Message | MESSAGES LIST | START A BOARD 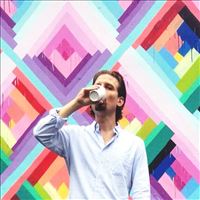 willaaye 6/14/2014 | 6:55:58 PM
Re: wireless OR cable In addition to our expert marketplace, LiveNinja now offers a B2B product called Katana which basically acts as a video call center in the cloud. Please check it out at http://katana.co/

danielcawrey 6/7/2014 | 1:54:20 PM
Re: wireless OR cable I wonder what this is going to mean for Skype? One would think that on desktops and laptops, it would move to a web-based client. They might not have a choice: With WebRTC making Skype-like features easy on the web, it challenges this incumbent.

There's something to be said about network effects, however. I use Skype to connect with others usig Skype. That's hard behavior to change quickly.
Reply | Post Message | MESSAGES LIST | START A BOARD