Allot: Bandwidth Out of Sync With Mobile Video

Despite different networks, handset sizes, and quality of content, it appears many mobile operators are still treating all video content the same, a practice that Allot says is harming the user experience.

According to deep packet inspection specialist Allot Ltd. (Nasdaq: ALLT)'s latest mobile trends report, released Wednesday morning, the bandwidth allocation the network automatically does has no correlation to video stream requirements. That means that some video sessions aren't receiving enough bandwidth, which causes stalling and a poor quality of experience (QoE). Other sessions get more than their fair share. All of this makes inefficient use of network resources.

Allot's position at the core of the mobile network lets it collect data on every video transaction, including insights into the handset, browser, operating system, policy, bandwidth allocated, and quality. For this study, it tracked 300,000 video detail records from the millions that took place during one week in December on an operator in a developed country. The operator wasn't using any form of video optimization or management.

As Andrei Elefant, VP of product management and marketing at Allot, explains it, the container of the protocol used to deliver video -- 3GP or MP4 -- might require narrow bandwidth, but the network isn't aware of that stipulation. It doesn't understand the content of the video, he says, so it simply allocates the bandwidth it has.

"The network is allocating bandwidth in an inefficient way that can impact the quality of video and impact other apps using the network resources at the same time," he says.

The issue is only more pronounced on LTE, where Elefant says Allot found that the video transactions just fill to consume the available bandwidth even when unnecessary. Allot found the problem is most pronounced on laptops using dongles because of the higher resolution required for the bigger screens. (See LTE Speeds Up, But Doesn't Improve Mobile Video.)

Why this matters
It's not surprising that a vendor that sells mobile video optimization and analytics technologies also touts a study which suggests such optimization tools are necessary. But, the results are notable because mobile video easily makes up more than 50% of data on the network. It's a big reason many operators moved to tiered data pricing. Operators that don't address video efficiency will feel the pressure on their networks and in the QOE they can offer subscribers.

Those operators that have implemented optimization strategies have taken different approaches so far. Some, such as Verizon Wireless , optimize video quality to the type of device a user has, so a feature phone sees lower quality video than an iPhone. Some optimize all the content on their networks indiscriminately. Others are still deciding how to tackle video, or leaning on small cells and WiFi offload instead. (See Optimizing the Mobile Video Startup Space, Mobile Video Optimization Gets Smart, Verizon Tweaks Mobile Video for Data Caps, and Video Quality Isn't Hot Air for Wind Mobile.)

Another way of looking at this issue is through the business lens, i.e. how is the end-user paying for the video experience. Value-based charging can change the way users consume video and thus can solve some of the inherent issues we face today.

Sarah Thomas 2/19/2014 | 3:12:01 PM
Re: Quality concerns Thanks for sharing, jhinman. I agree that it's an annoyance and even a hinderence to mobile video viewing. Perhaps there is more tolerance for it on laptops because users are more likely to be multitasking, so they can come back to the video. On mobile, if the experience is bad, you give up and blame the operator, not the content provider, for sure.

Seems like the content providers should be doing more to deliver video made for mobile first, but it's ultimately an operator problem. 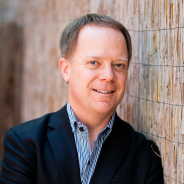 Jay Hinman 2/19/2014 | 2:07:39 PM
Re: Quality concerns Sarah, I found this Conviva data from last year really interesting (and spot-on) with regard to how tolerant viewers are with regard to buffering or stalling: http://www.frost.com/c/10107/blog/blog-display.do?id=2692287. Research we've done at my company also comes to the same conclusion: we (as a people) won't wait for stalling or buffering, and will tend to reflexively blame our operators (not content providers) when videos won't play.
Reply | Post Message | MESSAGES LIST | START A BOARD

Sarah Thomas 2/19/2014 | 12:15:53 PM
Re: pCell: Unexpected Alternaive The pCell stuff is really interesting. Antenna advancement and technologies like multipath TCP and carrier bonding are creating new options for bandwidth boosts. This will be a good one to keep an eye on.

In general, I think there will be continual network upgrades to support more activity on the network, but does that preclude the need for video-specific optimization? I think it doesn't, unless good-enough video still cuts it on the most advanced networks.
Reply | Post Message | MESSAGES LIST | START A BOARD

Jessie Morrow 2/19/2014 | 11:54:58 AM
pCell: Unexpected Alternaive Just earlier this morning I heard about perhaps an unexpected alternative to the mobile bandwidth problem, pCell by inventor and entrepreneur Steve Perlman ( he sold WebTV to Microsoft ) which supposedly gives each mobile device its own  fast connection. Just from reading this it indeed seems if this pCell does what intended it looks as if it still very much in its infancy but nevertheless shows us the solution to mobile bandwidth shortage may come from an expected direction.
Reply | Post Message | MESSAGES LIST | START A BOARD

Sarah Thomas 2/19/2014 | 10:52:44 AM
Re: Quality concerns Interesting. That is talking about Verizon FiOS fixed broadband, but there's potential to do the same on mobile as well -- not without a huge backlash though.
Reply | Post Message | MESSAGES LIST | START A BOARD

Ariella 2/19/2014 | 10:49:00 AM
Re: Quality concerns see http://davesblog.com/blog/2014/02/05/verizon-using-recent-net-neutrality-victory-to-wage-war-against-netflix/ It's on the basis of this that a number of sites have reported Verizon's slowdown.
Reply | Post Message | MESSAGES LIST | START A BOARD

Sarah Thomas 2/19/2014 | 10:46:17 AM
Re: Quality concerns What do you mean re Verizon? They aren't allocating bandwidth for all customers, just lower-paying ones, or for certain kinds of content? I haven't heard of any policy changes yet, but they are certainly doable.
Reply | Post Message | MESSAGES LIST | START A BOARD

Ariella 2/19/2014 | 10:43:28 AM
Re: Quality concerns I heard that Verizon said it is not going to be so generous with bandwith for video, which could account for some stalling and such. However, some videos some to be set up somewhat off, so no matter how good your connection is, your video will be out of sync.
Reply | Post Message | MESSAGES LIST | START A BOARD
Page 1 / 2   >   >>
EDUCATIONAL RESOURCES
sponsor supplied content
Whats in the future of 5G millimeter wave?
How to build high-performance 5G networks with vRAN?
How critical are localization and perception technologies for enhanced autonomous driving
What value does 5G broadcast bring to the wireless and broader media ecosystem?
Accelerating Audio Processing in Wireless and VoIP Applications
Carrier Insights: Evolving the Virtualized RAN
Seamless Connectivity Fuels Industrial Innovation  Forrester Report
The importance of collaboration in creating next generation technology
Educational Resources Archive
FEATURED VIDEO
UPCOMING LIVE EVENTS
Optical Networking Digital Symposium
May 25-27, 2021, Digital Symposium
5G Orchestration & Service Assurance Digital Symposium
June 1, 2021, Digital Symposium
Asia Tech 2021 Digital Symposium
June 17, 2021, Digital Symposium
Cable Next-Gen Europe Digital Symposium
June 22-24, 2021, Digital Symposium
All Upcoming Live Events
UPCOMING WEBINARS
May 13, 2021 ODIM - Simplifying Distributed Infrastructure Management in 5G Networks
May 18, 2021 Pivoting to addressable ads to uplift Pay TV revenues
May 18, 2021 What is the future of the semiconductor supply chain?
May 19, 2021 Cloud-Native Marketplace for Telcos: Everything you need to know from IT to infrastructure
May 19, 2021 Fiber Monitoring  the Missing Piece in the Broadband and 5G Networks Monitoring Puzzle
May 20, 2021 SCTE Live Learning Webinar Series: Fighting Fiber with More Fiber
May 20, 2021 Simplifying Network Disaggregation to Accelerate New Services
May 25, 2021 Optical Networking Digital Symposium: A New Age of Optical Networking - Day One
May 26, 2021 Maximizing the ROI of your 5G Spectrum Assets
May 27, 2021 Optical Networking Digital Symposium: A New Age of Optical Networking - Day Two
June 1, 2021 5G Orchestration & Service Assurance Digital Symposium
Webinar Archive
PARTNER PERSPECTIVES - content from our sponsors
NetX2025 Provides Intelligent Connectivity to Multiple Clouds By Zhang Jun, Chief Network Consultant, Huawei Carrier BG
Accelerating the Pace of Service Innovation With DelOps By Manish Varma, Core Network Services Strategy, Nokia
Highlighting Contactless FWA Service Provisioning in a Pandemic By Huawei
Cisco Plus: Accelerating Your Business Outcomes With As-a-Service By James Mobley, Senior Vice President & General Manager, Network Services, Cisco
Assuring 5G Commercial Success With Advanced Innovative Service and Business Operations By Huawei
All Partner Perspectives
GUEST PERSPECTIVES - curated contributions
Building pay-TV resilience in a time of crisis By Jacques-Edouard Guillemot, Senior Vice President, Nagra
Future-proofing the network: Why you need to optimize for user experience By Patrick MeLampy, Juniper Networks
All Guest Perspectives
HOME
Sign In
SEARCH
CLOSE
MORE
CLOSE