NSN is adding more location-aware capabilities to its basestations via its Liquid Apps line and a new partnership with ChinaCache. (See NSN Adds ChinaCache Smarts to Liquid Applications .)

Liquid Apps is one of the more unique concepts to spring from an infrastructure vendor like Nokia Networks . It is a way to push content to edge of the LTE network, right into the basestation.

Saguna Networks was rumored to be NSN's caching and optimization partner, but today's announcement would seem to displace the cloud vendor in favor of ChinaCache . NSN says it has signed a Memorandum of Understanding to incorporate ChinaCache's content delivery network (CDN) tech into its Liquid Apps platform.

NSN says that using ChinaCache's CDN will enable content to be delivered straight from the basestation to the wireless user so that it's delivered faster, with lower latency, and with more personalization. NSN can help wireless operators target their customers more granularly, based on their locations, awareness of their behaviors, and with real-time adaption to network conditions. The end result will be new apps and services that take advantage of this data.

The vendor says it's working with multiple operators -- in the double-figures, including a trial with SK Telecom (Nasdaq: SKM) that is going swimmingly. The operator is using Liquid Apps for location-based mobile advertising, augmented reality, and premium app delivery. (See NSN Turns Up Pre-MWC Volume and SK Telecom Completes Liquid Applications Proof-of-Concept .)

Partnering with ChinaCache will give NSN a bigger foothold in the competitive Chinese market in which personalized services will become an important way to differentiate LTE networks. (See Year of the Horse: Can China Telecoms Break Into a Gallop?)

liorfite 3/21/2014 | 1:58:49 PM
Re: Benefits of Liquid Applications The major benafit in moving content and applications to the edge of the mobile network is user experiance.

By moving content and applications to the edge the Round Trip Time between the user and the server is reduced to about 15msec from 60msec to 100msec. This reduction is RTT reduce page download time and apps loading by few seconds creating a "fixed line experiance" also in mobile networks.

For thouse how are interstead there is a great paper by google explaining the imporatance of short RTT http://www.igvita.com/2012/07/19/latency-the-new-web-performance-bottleneck/
Reply | Post Message | MESSAGES LIST | START A BOARD

Sarah Thomas 3/21/2014 | 10:12:09 AM
Saguna It sounds like Saguna and ChinaCache are complementary solutions, so NSN could very well be using them both in its Liquid Apps. I'm awaiting official confirmation from the vendor and will update when I hear.
Reply | Post Message | MESSAGES LIST | START A BOARD

Sarah Thomas 3/21/2014 | 10:11:30 AM
Re: Benefits of Liquid Applications Thank you for the feedback, rmcmanus. So, it sounds like it's primarily enterprise use cases to start?
Reply | Post Message | MESSAGES LIST | START A BOARD 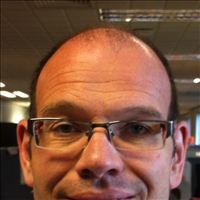 rmcmanus 3/20/2014 | 7:21:31 AM
Benefits of Liquid Applications In terms of applications, we are seeing growing interest from mobile operators around those that can be offered towards different channels (e.g. enterprise and verticals). One example is breakout to private enterprise networks. Consider a campus, served by a mobile base station either on the campus itself or nearby. With Liquid Applications, enterprise customers could securely log-in to their corporate networks directly from the base station, bypassing the core network and Internet. This type of solution directly challenges typical WiFi access, with LTE offering greater security, more robust coverage and a guaranteed Quality of Service (QoS). Another example is mobile edge video analytics, which NSN showcased during Mobile World Congress and which was also shown at the event by Vodafone. Aimed towards verticals, this application would be applicable for a security scenario, with an area being monitored for certain types of behavior or events taking place (e.g. motion, object/color detection, etc). Using LTE connected cameras and analytical software that runs inside the base station, raw video footage would be processed at the edge of the network with the software monitoring for a particular event and only forwarding an alarm to a centralized location once an event was triggered. With this applications, big data is processed at the edge before it grows into something bigger, as well as leveraging from proximity advantages and reacting upon the data at its very source and in real-time.

In terms of backhaul savings, content being stored and delivered from the edge of the network (i.e. from the base station) offers significant cost savings to many operators. Even today, a high number of mobile operators do not have fiber direct to the base station site, with many using leased lines or their own microwave technology, with some operators even using costly satellite technology in hard-to-reach environments. Mobile edge video analytics described above is one example of where big data does not have to be transported over the network, with cost advantages but also having additional benefits described above.
Reply | Post Message | MESSAGES LIST | START A BOARD

Sarah Thomas 3/19/2014 | 12:48:49 PM
Apps What kind of apps do you think we'll see spring from this first? Location-based services seem most likely, but I think it could also be useful in helping to determine which network to use -- WiFi or LTE or both -- given the current network conditions for video streaming or other intensive apps. Hopefully it'll be more than ads. SK Telecom will be an early pioneer of the possibilities.
Reply | Post Message | MESSAGES LIST | START A BOARD

Sarah Thomas 3/19/2014 | 12:13:10 PM
Re: SpiderCloud Saguna Thanks very much for the intel, Keith. NSN PR is looking into the Saguna relationship, but I don't think it was ever public, so I'm not expecting them to give us an answer either way. It's feasible they could be working with both. Really interesting about SpiderCloud too...
Reply | Post Message | MESSAGES LIST | START A BOARD

1) An operator recently told me Saguna was pitching it directly, saying in effect "no need to go via NSN as we are the guts of that system in any case"

2) Saguna was part of an Intel demo at MWC, featured as caching tech on SpiderCloud's SCSN.

This is quite interesting because conceptually, SpiderCloud and NSN's FlexiZone are not too far apart (small cells + local controller).