CHICAGO -- Light Reading's Big Telecom Event -- Mounir Merhi, director of business intelligence at Tata Communications Ltd. , was half joking when he said during a panel session here that real-time pricing models for IP traffic and next-generation BSS systems could create a real-world "Skynet." But, in referring to the fictional AI system from the Terminator movies, Merhi was making the very serious point that networks in the future are likely to become highly automated in terms of how traffic is directed and how service is priced.

"We at Tata Communications dominate in voice-over-IP and voice transport globally because we implemented the pricing, costing functions in real time," said Merhi. "So in real time I know what's the cheapest route to push a minute from city A to city B, and I do that actively. If we get to a point where we do the same thing for packets, coupled with the monitoring of the quality of service as well as the level of protection and security through policy control that somebody wants, it turns the network  more into a self-operating Skynet."

The discussion on network automation came about because Heavy Reading Senior Analyst Ari Banerjee asked participants in his BSS panel session what effect they thought network virtualization would have on BSS technology. Merhi responded by outlining a scenario where policy rules could be set up in a virtualized control plane to direct traffic based on calculations of real-time cost efficiency. Merhi suggested that BSS systems will have to evolve to support that level of agility and speed, and that the changes required will be dramatic.

The idea of dynamic orchestration was a recurring theme at BTE. In a keynote presentation, Google (Nasdaq: GOOG) Principal Architect Bikash Koley opened up the conversation by talking about creating standardized network configuration and topology models to enable more efficient and even programmatic traffic exchange between operators. Koley even invited service providers to join with Google in building out these models. (See Google to Open Key Network Models for Industry Comment, Standardization.)

On Banerjee's panel, Ed Finegold, director of strategy for Netcracker Technology Corp. , referenced Koley's presentation and emphasized the Google executive's point about having to create models when you don't even know everything you want to do with those models yet. The same is true with BSS, said Finegold. The industry has to start building next-generation BSS systems now, even though there's no way to know everything the technology will be expected to support in the future.

In the long term, virtualization will have a major impact on BSS solutions, but Banerjee also asked panelists to list the top catalysts for upgrading BSS systems today. The participants on stage -- who included Sigma Systems CTO Brian Cappellani and Oracle Corp. (Nasdaq: ORCL) Director of Product Marketing Brian Pawlus in addition to the executives from Tata and NetCracker -- overwhelmingly cited the ability to get new products and services to market faster as a top reason to upgrade.

The speed-to-market issue is nothing new, but the pace of new product and service introductions has accelerated significantly. Operators need BSS systems that can support that speed and enable rapid innovation not just in technology, but in business models.

NetCracker's Finegold suggested that network operators have a lot to learn from the e-commerce world. The more the telecom industry can tear down the barriers between consumers and the services they want, the more revenue they'll generate. 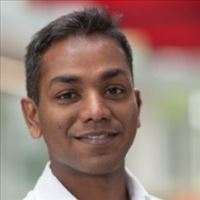