Verizon is moving its smart city efforts into its "public sector" division, which is part of the operator's new Verizon Business Group. As part of that move, Verizon's VP of Smart Communities, Mrinalini (Lani) Ingram, is leaving the company in September.

Verizon's smart city operation "really belongs fully integrated now into that model," Ingram told Light Reading in explaining what she said was her decision to fold her efforts into the operator's new public sector division. "Honestly I think people are pretty excited about it now."

Ingram -- who has served as the public face of Verizon's smart city strategy -- explained that she joined Verizon roughly three years ago to help develop the operator's smart city business. To get the effort off the ground she oversaw Verizon's purchase of several related companies including Sensity in 2016. And to fully flesh out the operation, Ingram ran the business as a separate corporate entity within Verizon, where her official title when dealing with cities was CEO and president of Verizon Smart Communities.

Ingram explained that doing so allowed her to move more quickly and to innovate outside of Verizon's massive corporate structure. Importantly, that role allowed Ingram to spearhead the public-private partnership model that Verizon has employed in Boston, Sacramento and elsewhere that gives the operator access to key city rights of way for network deployments. Cities, in turn, get free public WiFi and other bonuses.

But Verizon late last year announced that it would restructure its operations to replace its aging wireless/wireline corporate division with a new consumer/business split that essentially allows the operator to bundle all of its products together into packages aimed at either regular consumers or business users and enterprises. Verizon's smart city operation will now sit inside the public sector division within its Business Group, alongside Verizon's wholesale, small business and enterprise efforts. 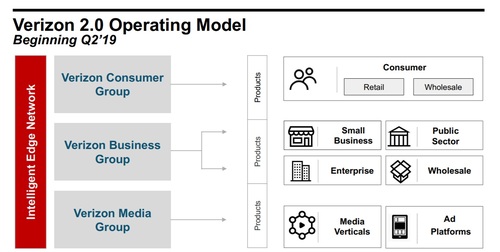 Ingram said that she had completed most of her goals at Verizon, and she is now ready to leave the smart city operation within Verizon's new corporate structure. She said she will move back to California, where she has family, to look for other, similar opportunities.