Smart Cities Are a Truly Different Kind of Telco Business

The opportunity for service providers in smart cities is broader and harder to pin down than anything we've covered in the past. Like the recent service provider moves in content and studio ownership, smart cities deployments integrate carrier technologies, networks, processes and people deeper into a wide swath of industries that telcos previously only served at a relative distance, as a reliable utility.

Indeed, we're used to looking at a service provider's business and just following the breadcrumbs back to connectivity. But smart cities have a lot more going on, and the best-case scenarios of network operators are where they can find revenue opportunities even when applications, devices and programs are running on someone else's network.

Ovum estimates that connectivity will only be about 5% to 10% of the overall value that is created by the smart cities opportunity. Even while it is being talked about constantly, especially in the case of 5G deployments, providing broadband to underpin smart cities is only a foot in the door, Ovum has found. (See Carriers Keep 5G on the Smart Cities Agenda.)

"If you are going to make money from smart cities you either need to partner in order to offer an end-to-end solution and be in a prime aggregator role or you need to be offering other parts of the value chain -- connectivity alone is not going to make you enough money," said Ovum analyst Carrie Pawsey to a group of service providers at the research firm's Digital Futures conference earlier this year.

Mike Zeto, VP of AT&T IoT Solutions and general manager of Smart Cities, said the pursuit of smart cities projects does indeed give AT&T the chance to do what it does best -- provide connectivity and build networks. But there are more significant benefits to be had as well.

For many large carriers in this space, network deployment and connectivity are still the foundations on which they've built their smart cities strategies. "Look at the public-private partnerships and being able to deploy  small cells faster, which gets you to 5G faster and gets you additional fiber deployed," Zeto said.

Then there's the provision of IoT and devices, the management of those devices and connectivity, there's the data that needs to be securely transmitted to the cloud, parsed, analyzed and then moved into an application so that the city can derive some knowledge or value from the data collected. "That's what everyone's talking about -- how do you get the value out of this technology that really drives a benefit for the citizens, who are the cities' stakeholders?" Zeto said.

Most carriers don't have expertise in every single one of these areas, but they can be the name of the door of a smart cities project -- or a group of projects. Carriers can bring together disparate ecosystems of vendors, partners and technology providers and get them to build scalable networks and applications.

"We feel like we have the opportunity to be a master systems integrator," Zeto said. "It's such a fragmented ecosystem. You need a firm that's really strong sitting at the center of that, working with the city and then the regional partners, to pull everybody together."

Zeto adds: "And we've been doing that for years and, from an IoT perspective  regardless of what vertical you play in, we do a great job pulling those partners together to drive value for whoever the customer is, whether it be an enterprise customer or whether it be a city."

While carriers can reach far beyond their standard set of services to play in the smart cities arena, the scope of the opportunity is harder to measure. Zeto said this is the case because the opportunity to create value extends far beyond what carriers sell directly to the cities themselves. 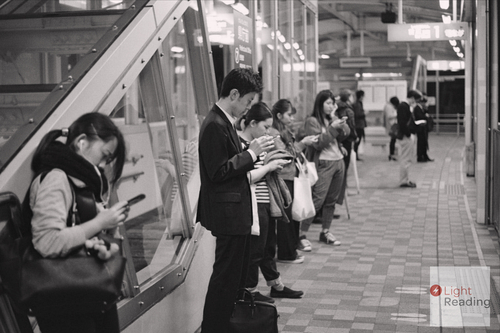 Everyone check your phones and tell me when the train arrives.

In downtown Dallas, not too far from AT&T's headquarters, the city recently unveiled data and results from its Living Lab. Through a public-private partnership called the Dallas Innovation Alliance (DIA), AT&T worked with the DIA to power and provide its West End District with smart street lights, digital kiosks, pedestrian traffic monitoring and other smart city applications.

The project is providing data, lots of it, but the overall impact of the data will be something to watch. The Dallas Living Lab's backers make the case that smart lighting, connectivity and better signage have helped increase foot traffic to nearby businesses, produce more revenue to small businesses in the area and reduce crime in the area hosting the DIA's 12 smart city projects. In the project's publicity materials, it extrapolated the 35% energy reduction it found by using smart lighting and intelligent controls to a possible $90 million operational savings over the life of the 85,000 lights LED bulbs used all over the sprawling city of Dallas.

There are also components to this that are tougher to measure and project. While the number of people on the street has increased, according to sensor data, so has the amount of marketing, media coverage and visibility for this cozy corridor. Several TV news stations have offices within a couple of miles of the Living Lab -- and the downtown area, in general, has more people living in it now than a few years ago.

Telcos could help here, too, as they are also becoming fully integrated media companies with advertising subsidiaries and pay-TV providers under one roof. Few companies could reach as many people as easily to validate smart city data and point the way for areas of need and expansion. Of course, they need to tread carefully here, as data stewardship of smart cities projects is a big deal. (See City CIO Talks Broadband in the Big Easy.)

"I could capture a bunch of data, but if I don't have a targeted search or a targeted filter, I'll have an incredible amount of data that's useless until you find the one thread that connects it all," Keith Pennachio, EVP of SQUAN told me last month. Pennachio, commenting generally on the smart cities opportunity for telcos, noted that if cities don't plan carefully around what data they want to capture -- and how they'll use it -- then "by the time you find that one thread, you may realize that I need 30 more sensors and then the data pool you've captured is polluted," he said.

The bottom line here is that, for telcos, selling connectivity is the icing on a big, dense, multilayered cake in the smart cities market. As AT&T is showing, this market is one of the longest tail investments a telco can make, but the payoff could be significant as well, as few IT firms, consultancies and startups have all the capabilities to organize and lead these highly complex projects. (See Pole Position: A Look at San Jose's Smart City Small Cell Deal .)

Not that many cities have public-private partnerships as well organized as Dallas's DIA, and telcos could be the bridge to some of those conversations. Also, for a national carrier, the indirect benefits of a smart city success will keep piling up.

"We have employees that live in every one of these cities. It becomes as much to us about ensuring that our employees live in a safe place where they can prosper and their kids can prosper," Zeto told Light Reading in Atlanta last month. "It's also about solving problems for our customers -- the cities, state governments and municipalities  The direct customers may be a city, but how many businesses within that city use AT&T services? We're going to improve the efficiency of their employees' local commute times. How many mobility customers and DirecTV customers do we have? We're helping them as well. I think there's a lot of good that we can create by being leaders in this space."