NYC May Be Leading a Digital Revolution

Many companies are in the midst of a digital transformation, but can the same be said of cities?

New York City certainly thinks so. The first sign that the city of Broadway and bankers had a communications change in mind was its LinkNYC program to convert local telephone booths into WiFi hubs. These old-style booths were a relic of the pre-cellphone age, but as real estate, they still held significant value: Street furniture, after all, is a desirable asset. All it took was connecting that real estate to a fiber network, adding in a digital display advertising model, and New York had itself an investment-worthy project. (See LinkNYC Now Live in All 5 Boroughs.)

But the Big Apple's connectivity ambitions go far beyond phone booths. The city is thinking about what it will take to get everyone in the five boroughs reliably connected and what it needs to do to enable next-generation networking and applications. Smart city dreams? Absolutely. But New York is heavily focused on the connectivity layer that will make its vision for a smarter city possible. 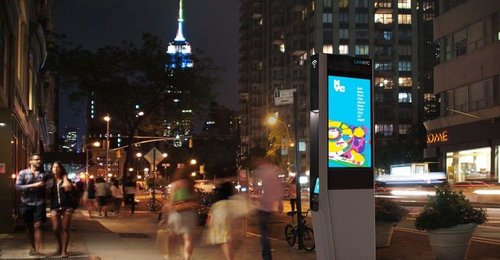 When many communities talk about smart city initiatives, they refer to pilot programs that add sensors to streetlights or cameras to traffic intersections. But those sensors and other devices have to connect back to a communications network, and New York City is one of the few local governments taking a broad look at how its telecom infrastructure can support that connectivity. The government's goal is to connect both machines and people throughout the region to high-performance networks. That's a big part of how New York will define itself as a smart city.

Unsurprisingly, there are hurdles ahead.

"I think that we just have to come to a mutual understanding of what the reality is of broadband in people's lives," he says. "It's not something that can be considered discretionary, or something that is available to those that can afford to pay full freight. That was a reality at some point in the past. And that's just not the reality we're headed towards in the future."

Gamino also thinks there are ways to satisfy private sector aims -- including reaping the potentially mammoth financial rewards of new Internet of Things services -- while still ensuring that New Yorkers get the best telecom infrastructure possible. One way to do that is to have the city itself contribute more to the process and to collaborate with telecom providers on what assets the local government can bring to the table when network upgrades and new deployments are needed. Gamino is talking about assets like city-owned property -- but more on that in a moment. As far as collaboration goes, Gamino would like his team to be able to sit down with network operators and talk through what each has to offer the other.

"It's a matter of trying to find ways to come together with the private sector. They've got a tremendous installed base, tremendous investments made in really important infrastructure. We just have to step up to our obligation of making sure we maximize that opportunity for everybody in New York," says Gamino.

"And," he adds, "I would hope that at some point we will, through the proper channels, have dialog with service providers  [both] incumbents, the existing people, and frankly even new service providers that might have interesting thoughts on how to accomplish this goal."

Gamino has some interesting thoughts of his own.