A smart city conference is as good as any to talk 5G. Both require long sales cycles, big contracts and tangled, complicated ecosystems. The nation's largest service providers -- the ones rushing to build 5G networks -- are also well placed to help cities out sort out how "smart" they want to become.

The hallway chatter here suggests that the upcoming 5G network buildout is the central conversation that one has to have to get any closer to building the cities of tomorrow. City leaders will say technology doesn't matter; it's the outcomes for citizens that they're worried about. And, indeed, the smart cities applications of the immediate future have very, very little to do with 5G -- most projects are in their early days and aren't quite ready to put 5G's unique characteristics to use. But the conversation doesn't stop there. 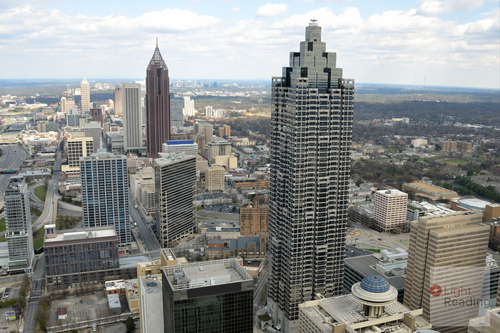 "5G has a ton of potential to improve the way cities operate and provide a bunch of benefits to citizens. It is not the be-all-and-end-all so we will continue to use 4G throughout the country for many, many use cases," said Sean Harrington, vice president of city solutions for Verizon. "As we go roll out 5G  that doesn't preclude us from addressing [smart city] use cases with 4G, WiFi, Cat M and narrowband IoT [NB-IoT] for lower bandwidth use cases."

What is clear is that the infrastructure improvements inside of cities for connected sensors, cameras and other data creation devices, seem to be best done with a 5G upgrade path in mind. That fact is changing the nature of the conversations that municipal leaders are having with carriers.

"There are all kinds of conversations about how to bring 5G into cities," Seleta Reynolds, general manager of the Los Angeles Department of Transportation, told Light Reading last month. "If cities were to take their normal posture -- and this is not unique to Los Angeles -- I'm sure the costs would be prohibitive."

Reynolds said 5G's imminent arrival has led to "a different kind of partnership rubric," but all the while realizing that there is tremendous competitive pressure among carriers (and having nothing to do with cities) to be first with a fully operable 5G network.

Indeed, the way some cities are working with service providers and other companies is changing. In an expansion of its smart city RFP, Kansas City, Mo. asked RFP respondents to be a "Program Manager," that is, a company in the private sector to help it "develop a long-term (10-year to 30-year) Smart City Strategic Plan and Roadmap to guide the City's priorities and initiatives in line with the City's goals and aspirations." That's a new, long-term way of looking at how smart cities will evolve.

Even though the RFP doesn't contain the term "5G," it does specify that the Program Manager will be asked to develop a plan for "wireless infrastructure, or other connectivity infrastructure to advance Kansas City's Smart City objectives."

By taking a long-term view, Kansas City CIO Bob Bennett told a panel here that "you get long-term slow burn -- the slow dime instead of the quick nickel." The way Bennett sees it working is with the Program Manager (could be a telco, or some other entity) overseeing a consortium of partners -- and the partners would come and go based on the city's needs and evolving projects. "I may have a WiFi partner this week that changes as the technology changes, when we have 9G come out sometime in the life cycle of this deal," Bennett quipped.

We'll tap the brakes on anticipating 9G for now, but Bennett's point is interesting: the rush to deploy new infrastructure for carriers needs to work with the bigger-picture view of cities that are aiming to be more progressive.

Verizon's Harrington reminded a panel here that 5G won't be an overnight transition. "As with the previous iterations of a wireless technology, there will be a prioritized sort-of rollout based on density and demand," Harrington said. "But we continue to invest with existing 4G and other technologies, uh, throughout the country and are proud of the work that we've done to enable the coverage we have today."

"Cities want 5G because they want to be 5G-ready," Mike Zeto, AT&T's VP of IoT and GM of Smart Cities told Light Reading this week. "It's a hot topic. But when you really break it down, the use cases have been indirectly impacting the city from a 5G perspective."

But some big, serious uses cases will require 5G: Setting aside autonomous cars and drones, Zeto said public safety is one area to watch. "Decreasing the latency and having real-time information to back the first-responders -- it's a massive opportunity," Zeto said.

He also said intelligent traffic and transportation systems will require 5G's speed and latency capabilities "because in many cases you are using data from cameras, and then you're applying AI to that, and some edge processing, and then pushing that back real time and allowing you to automate [traffic] signaling" for fire trucks, ambulances and other first-responders.

The opportunity for carriers -- to be much more than connectivity providers in tomorrow's cities -- is huge. The opportunity for city leaders to find ways and funds to help their citizens as these networks are built is significant as well, though challenged more often thanks to federal and state regulations. While 5G drives the carriers to do more and cities to plan for their future, city leaders are well aware that new kinds of partnerships are key. They can't just hollow themselves out and let publicly held, for-profit companies to decide their future.

"That's the thing that I worry about when you think about, what should carriers be doing and not doing," Reynolds told Light Reading last month. "I would say it's incumbent upon us; carriers are filling a void because cities are not stepping up and taking on that mantle. That's on us and that's one thing that LA is trying to change."

DanJones 11/1/2018 | 3:20:04 PM
Re: november 2018 calendar december 2018 Verizon is working with vendors to shrink the RAN gear for 5G. So that basestations will be size of Laptops in the future. THIS HASN'T HAPPENED YET as with so much of 5G. How long will that take? Dunno, let's check back in 5 years!
Reply | Post Message | MESSAGES LIST | START A BOARD

iainmorris 11/1/2018 | 2:49:32 AM
Re: Well, yeah As I understand it, Cat M and NB-IoT are the technologies that will address the IoT part of 5G - there isn't going to be a completely new radio technology for that. The GSMA had some statements on this in May, I think.
Reply | Post Message | MESSAGES LIST | START A BOARD