There are a couple of terms now showing up more frequently in the smart city lexicon. One of them is "wayfinding," as in how digital kiosks can help citizens and tourists "wayfind" their way around a city.*

Another is street furniture, a term for shared, multipurpose public objects that can also be used for telecom attachments.

At the Smart Cities Connect Expo last week, there were an abundance of digital kiosks and streetlights on display, all promising to deliver WiFi, host environmental sensors, provide small cell support and create a foundation for future fog computing. (See Smart Cities See Fog Rolling In.) 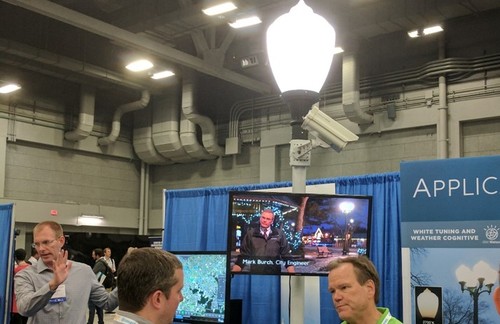 There was something of a new-gadget feel to the demos, with a hint that these installations could revolutionize smart cities the way the iPhone (now ten years old!) revolutionized smartphones. 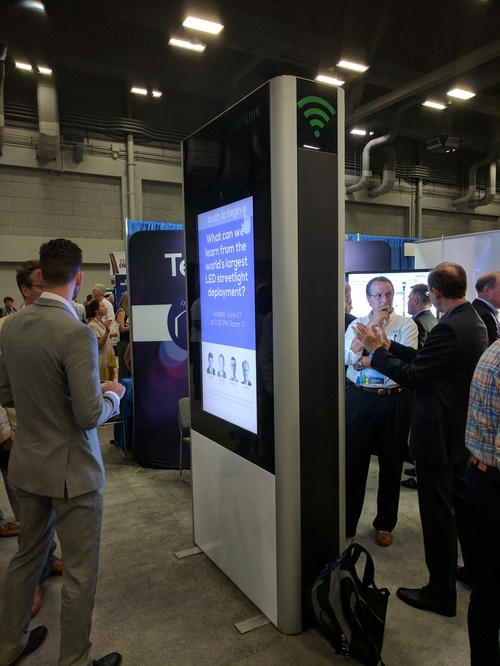 Smartlink's digital kiosk was one of many at the Smart Cities Connect conference.

However, behind the scenes, there was also evidence of major civic and policy debates underway. Who should own these assets? How should the wireless connections they provide be backhauled? And what aesthetic control should cities exercise over their deployment?

Take the city of Aurora, Colo. CIO Aleta Jeffress noted on a panel that Aurora has decided to buy back its own streetlights from the energy company that currently owns them. Why? Not only is it more cost effective for the government to manage them, but the city will be able to determine how those light poles are used for wireless networking going forward. (Think small cell pole attachment fees.)

With kiosks, the debate also extends to whether cities want an advertising model to subsidize their wireless infrastructure. The famous LinkNYC deployment now includes hundreds of ad-funded kiosks around New York City providing free WiFi. The hardware company behind the rollout, Civiq Smartscapes, already has a second generation of its kiosk available and has sold more of the units to additional cities including London, Dallas, San Antonio and Miami. 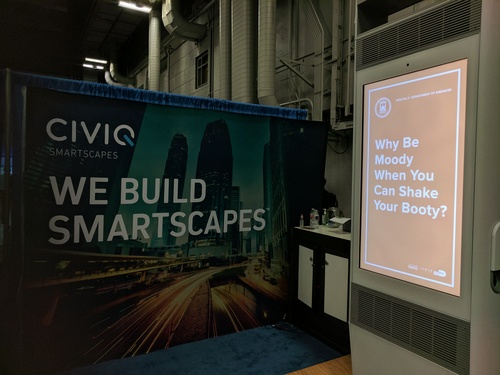 On the other hand, Philadelphia CIO Charlie Brennan said at an event recently that he's not interested in using advertising to support smart city applications and IoT connectivity. He'd rather form other types of partnerships that benefit both vendors and the city -- perhaps focusing on an exchange of resources, or providing a way for the city to earn back revenue after investing in the necessary equipment. (See also Comcast Opens Up on Smart Cities & machineQ.)

Regardless of what business models win out, it's clear we're going to see a lot more street furniture coming soon. For wayfinding, WiFi and more, scan below to see pics of the telecom poles of the future. 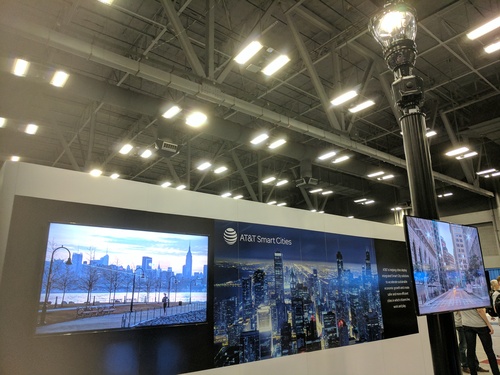 AT&T was a major sponsor of the Smart Cities Connect event. 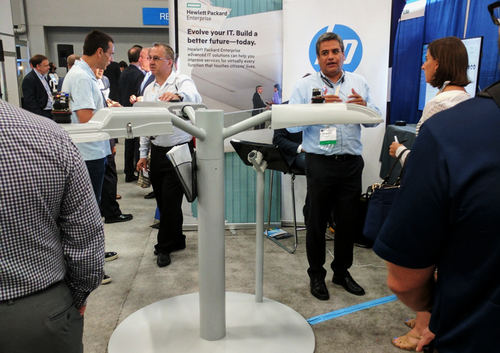 HP's smart streetlamp is a virtual carousel of lights. 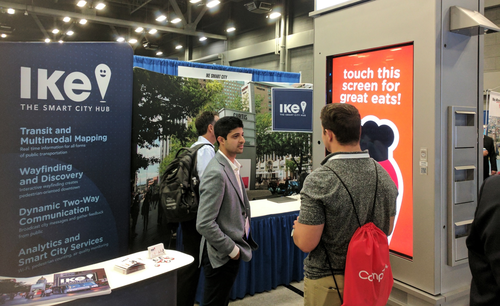 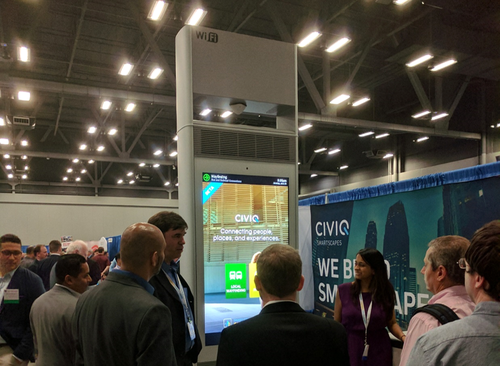 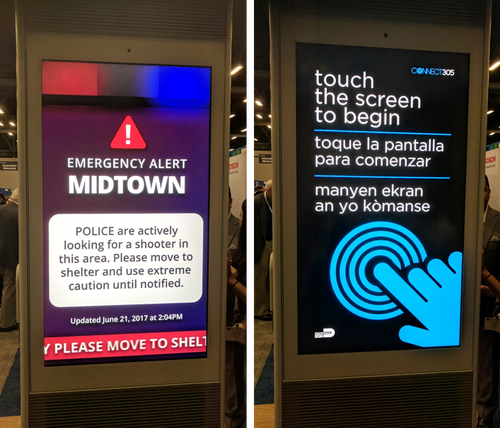 A close-up on use cases for the Civiq Smartscapes Link.

Marksonjackson 1/19/2020 | 1:58:56 PM
Furniture This furniture exhibition was interesting to read about and it also had little content about . I was actually curious to know about it for a while now and I read about it here. The content here had a lot to say.
Reply | Post Message | MESSAGES LIST | START A BOARD

Michelle 7/16/2017 | 6:13:47 PM
Re: Lost I don't see a good reason to add kiosks when phones are in everyone's hands already. I supposed the thing could servce to help folks navigate the area when a phone battery dies. I'm not sold on the use of the things...
Reply | Post Message | MESSAGES LIST | START A BOARD

kq4ym 7/16/2017 | 11:36:11 AM
Re: Lost "Wayfinding" has been around for decades as a sort of scavender hunt with GPS devices, locating placed by GPS and logging the find on the internet. I don't see the street furniture taking holld anytime soon except in isolated very populated business areas. The negotiations that will have to go on among companies competing and getting government or corparate sponsorship will be pretty fierce.
Reply | Post Message | MESSAGES LIST | START A BOARD

Joe Stanganelli 7/1/2017 | 1:37:08 PM
Re: Lost @Steve: I think the even better play would be to simply use those kiosks as charging stations for people's own personal devices. Then people will have little else to do while they're desperately waiting for their device to charge other than interact with what's in front of them.

(And hey, why not offer to install a city app while they're hooked up and waiting?  ...although this could certainly create data security issues...)
Reply | Post Message | MESSAGES LIST | START A BOARD

Joe Stanganelli 7/1/2017 | 1:33:38 PM
Advertising City CIOs may pooh-pooh advertising for now -- but ultimately that's always the business model that arises from the ashes of what was tried to stall it until then.

Expect to see these installations seem to exist for little other reason than advertising about 5 years or so after deployment.
Reply | Post Message | MESSAGES LIST | START A BOARD

Joe Stanganelli 7/1/2017 | 1:31:47 PM
Re: Lost From what I've heard from some in the industry, "wayfinding" and such digital kiosks aren't quite the killer feature that some Smart Cities companies have thought they would be. People barely use the non-interactive city map installations that cities have in place today. Interactivity is unlikely to change that -- especially when everybody already has a personal magic box (i.e., smartphone) in their pocket.
Reply | Post Message | MESSAGES LIST | START A BOARD

I see the best move for our city is not to build a smart city with those kiosk. I will look to building a app that will work with any device out there so that people will get the information on the go and not at just one place. Put free WiFi base system are a great idea but it must be able to work with people cellphone and car's system like GPS and the android auto and apple play service. And Verizon /comcast and the local internet business can build the mainframes so those service will work with anyone that has a need to use the ability of the fiber pipe to everyone not just to a group of people.