BT has lumped its two enterprise-facing units into one new-look business in yet another restructuring effort it hopes will improve customer services and reduce costs.

While McQuade will become CEO of BT Enterprise in May, the new business will not start to report as a single unit until October. 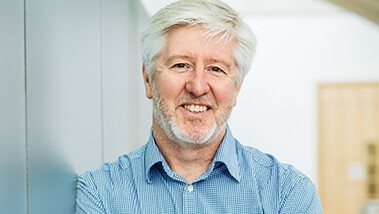 Forced to operate its Openreach access networks business as a legally separate entity with its own management, BT has also faced new challenges in the mainstream consumer market. In February, it reported a quarterly sales decline at its consumer business for the first time since 2013, as well as the loss of 5,000 TV customers. Several of its competitors, including companies that use its wholesale products, are now building rival fiber-optic networks. (See BT Consumer Biz Hits Buffers as Q3 Results Disappoint, CityFibre to Raise £200M, Ramp Up FTTH Challenge to BT and Only BT's Dismemberment Will Sate Rivals.)

BT has already taken steps to overhaul its consumer operations as well as Global Services, which sells IT services to corporate customers.

In May last year, in the wake of the Italian accounting scandal, it said it would slash 4,000 jobs at Global Services and within various back-office operations, a figure that equals about 4% of the global workforce. Then, in July, BT announced plans to merge BT Consumer, which sells broadband and TV services, with EE, the mobile operator it acquired in 2016, and Plusnet, which provides low-cost broadband services. (See BT Cuts 4% of Jobs, Plans Global Services Overhaul and BT Rejigs Consumer Biz as Profits Hit by £225M Italy Payout.)

The accounting scandal and restructuring efforts have prompted the departure of several top-level executives during the past year. Those have included: Luis Alvarez, the former head of Global Services; John Petter, who was BT Consumer's CEO and Sean Williams, BT's chief strategy officer.

The restructuring of the business divisions announced today will force out Graham Sutherland, the Business and Public Sector CEO, as he makes way for McQuade.

BT CEO Gavin Patterson promised it would lead to a further simplification of BT's operating model following the previously announced restructuring of the consumer and EE businesses. "Combining our enterprise businesses will allow us to strengthen the services and products we offer to businesses and sharpen our focus on customer service, through clear accountabilities and by introducing efficiencies," he said in a statement.

The move is likely to result in job cuts in the long term, although BT said McQuade's initial priority would be to work on developing a strategy and improved operating model.

"We're not announcing any headcount reductions at this time," a spokesperson for BT told Light Reading. "What we can say is that we will look to eliminate duplication and introduce efficiencies over time."

The merging units generated sales of about £1.63 billion ($2.31 billion) in BT's third quarter (covering the recent October-to-December period), representing about 27% of the Group total. Their revenues were about 5% lower than in the year-earlier quarter.

The operator has yet to report details of staff numbers for its 2017 fiscal year, which runs to the end of March 2018.