Analyst house Citi has predicted that the shift from traditional mobile telephone calls to calls made over the Internet will be the "biggest transformation of mobile since its inception."

Whilst that statement may be stating the obvious somewhat, it's a fair assessment that the rise of mobile voice over IP (mVoIP) will redefine the telco market.

Citi also estimates that telecom operators in Europe still generate more than 50% of their revenues from voice services, and it believes that, in the future, calls would be worth 97% less if conducted over the Internet.

Obviously, mVoIP isn't new. However, the announcement from WhatsApp that it's planning to add free voice-calling for iPhone and Android means that mVoIP is set to explode -- after all, WhatsApp already boasts more than 145 million users for its messaging app.

So what exactly is the mVoIP threat to the telco industry? And how should operators react and potentially adapt their business models?

The most important fact the industry must accept is that technology is evolving and operators cannot stand idly by. It shouldn't be a case of the "old" verses the "new" -- the industry has to embrace the change and adapt.

There are already great examples of operators using these new technologies to innovate. Traditional operators such as E-Plus Service GmbH & Co. KG (Germany), Bharti Airtel Ltd. (Mumbai: BHARTIARTL) (India) and T-Mobile US Inc. are already believed to be partnering with app developers. One of the most popular OTT mVoIP apps is also understood to be conducting trials with operators, whereby calls from the PSTN made to the user's regular mobile number can be intercepted and delivered to the app via WiFi, 3G, or LTE data, instead of via the traditional voice channel.

It's also worth bearing in mind that Juniper Research recently suggested that OTT providers, having reached a critical mass of subscribers with the provision of free services, may be open to "revenue-share partnerships to create a viable revenue stream in the future." As mVoIP is, in reality, still in its infancy, there is a huge opportunity for operators to help define the trajectory and the potential partnership parameters.

At the moment, operators wield a great deal of power: They need to use this, and act as a willing gateway between the old world of the PSTN and the new world of mVoIP -- working together with OTT service providers can help protect against revenue loss.

The alternative is risky, as they may be cut out altogether, shunned by consumers as "dinosaur" technology.

Instead of writing off their traditional voice networks and plowing all their efforts into trying to develop the next big thing, operators should concentrate on thriving, instead of just surviving, in this brave new world.

MikeP688 6/30/2014 | 11:59:42 PM
Re: Move on I would second that.    Complaining and blaming will do nothing but hold folks back.  One has to be more "engaging" and more "forthcoming" in trying to embrace a sense of change.  As for WhatApp, it will be quite a transformation if it is able to launch this.    But the challenge is to create a distinct value add or not. :-)
Reply | Post Message | MESSAGES LIST | START A BOARD

MordyK 6/25/2014 | 12:17:46 PM
Re: Move on Numbering is a great example of opportunities beyond voice! It's the identity layer which is a carrier strong point, and OTT's can definitely use an identity to reach their customers and/or use it as an opportunity for new customer acquisition, as WhatsApp's customer acquisition shows.
Reply | Post Message | MESSAGES LIST | START A BOARD 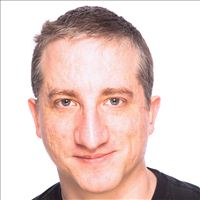 alexkinch 6/25/2014 | 11:05:15 AM
Re: Move on I agree that carriers need to explore opportunities and understand that with OTT they're taking a back seat in the customer experience, but there's plenty of opportunity on the voice side to get involved - for instance in providing numbering. I don't think they should be writing it off just yet.

At least one well-known mobile operator has an OTT proposition - others need to get on onboard and accept their place in this new world is not as dominant as it used to be.
Reply | Post Message | MESSAGES LIST | START A BOARD

MordyK 6/24/2014 | 5:15:27 PM
Move on Getting hung up on voice is counter-productive, and carriers are better off writing it off and exploring opportunities that re-define what they are.

Complaining about OTT's is like Western Union complaining about email and the internet. The world evolves and that's just the way it is, so the trick is getting on the wagon or being left out.
Reply | Post Message | MESSAGES LIST | START A BOARD
EDUCATIONAL RESOURCES
sponsor supplied content
ADLINK's MSDK Plus Enhances Intel® Media SDK to Provide End-to-End Functionality
Educational Resources Archive
More Blogs from Column
2022 in review: 6G progress and politics