Frequently, they are derided as companies that "piggyback" on others' infrastructure investments. Jean-François Fallacher, the CEO of Orange Spain, recently blamed "hundreds of MVNOs" for the tough conditions in his market, where Orange sales have been falling.

"If you look at these players only three are investing massively in the Spanish market," he said about his mobile competitors at a press conference last month. "The rest are placing themselves in the low-cost segment as attackers and I have to say the low-cost segment is extremely aggressive in Spain and is now taking the lion's share in this market."

But not everyone is so negative. Those MVNOs would obviously not exist unless network owners sold them capacity. And for the executives whose job it is to land MVNO clients, they represent a potentially lucrative wholesale opportunity.

In the case of Vodafone UK  which has been investing in new technology so that it can better serve MVNOs  that opportunity appears to be growing. 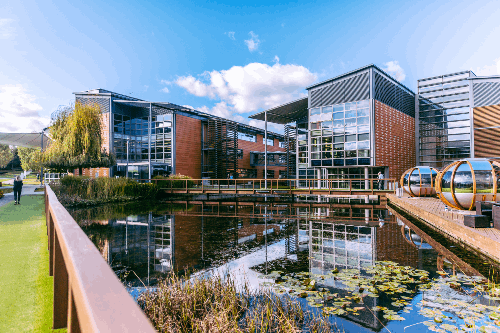 The operator is not for sharing details of revenues, but Mike Cartwright, the head of Vodafone UK's wholesale business, says subscriber numbers for MVNOs on the network are up 3.5 million under the recent growth strategy.

Over a two-year period in which Vodafone has made a conscious effort to expand this part of its business, it has been able to land major contracts with Asda, a supermarket chain, and Virgin Media, a cable operator. Cartwright's own team has grown from six to 20 people.

The deals with Asda and Virgin were especially pleasing to Vodafone because they came at the expense of BT, the UK phone incumbent, which had previously catered as a mobile virtual network "enabler" (or MVNE) to both firms. What swung business Vodafone's way?

"There was frustration with the host provider before," Cartwright tells Light Reading. He singles out the inclusion of 5G capability in Vodafone's bid as a "critical component."

Some analysts reckoned Vodafone had undercut BT to land the Virgin contract. Without commenting on the pricing dynamics, Cartwright insists the deal has been helping Vodafone to make a return on its 5G investment and expand that network faster. It also brought a flagship MVNO customer with about 3 million subscribers at the time of the deal.

The arrangement is not expected to survive Virgin's merger with O2, however. That tie-up gives the recently rebranded Virgin Media O2 its own mobile network, meaning it will ultimately be able to sever all MVNO ties with Vodafone. With the loss of this business, it seems, a chunk of Vodafone's MVNO subscriber base will disappear.

This would partly explain Vodafone's determination to attract other MVNOs, and its newish cloud platform could make that easier. Developed in partnership with a UK technology vendor called Digitalk, it should boost Vodafone's appeal to companies that do not have their own extensive core network or IT systems, says Cartwright. "We can enable customers to come to market more quickly and at lower cost without huge capex investments."

Previously, integrating firms such as Lebara (another of Vodafone's existing MVNO customers) with Vodafone's systems has been a long and costly process, taking between 12 and 18 months.

But the Digitalk platform is already a part of Vodafone's core network and allows customers to connect quickly to their own sales and marketing systems through application programming interfaces (APIs), says Cartwright. "It is a much less capex-intensive and labor-intensive activity."

He is clearly hopeful that 5G's latest features will attract interest from prospective new MVNOs. With network slicing, enterprise MVNOs would in theory be able to specify traffic management and quality-of-service levels. The ability to cut latency through mobile edge computing could enthuse gaming companies, he says.

Combined with lower-cost and cloud-based IT systems, those features could bolster the economic case for launching an MVNO. The big question is whether a profusion of UK MVNOs might eventually constitute a threat to Vodafone's main retail business. But Cartwright downplays that risk.

"MVNOs are a way to target areas of the market where Vodafone brands don't resonate," he says.

"We can unlock parts of the business where we might under-index."

That could swiftly change if the MVNO market is poised for dramatic, 5G-fueled growth. But for an executive charged with landing MVNO clients, a profusion of them is likely to be someone else's problem.