Vodafone, Three merger will struggle to win over watchdogs

When two UK mobile operators last tried to marry, competition authorities made such an almighty fuss from the rear pews that the wedding had to be called off. That was in 2016, when Hutchison-owned Three was courting Telefónica's O2 business and the UK was still part of the European Union (EU). Those EU watchdogs took a dim view of the affair, believing a merger would hurt competition. Six years later, Three is back at the altar – only with Vodafone as its prospective spouse and in markedly different circumstances.

Rumors about a tie-up between the country's third- and fourth-biggest mobile operators had been swirling for months, and so nobody was very surprised when Vodafone confirmed talks earlier today. It would, under the proposal, take a 51% stake in the combined company, with Hutchison owning the rest. No cash would change hands, said Vodafone. Ownership stakes would be achieved through a "differential leverage contribution at closing," it said.

If allowed, a merger would create the UK's biggest mobile operator, with about 27 million customers. It would hold vast quantities of valuable spectrum – as much as 49% of all licensed bands, according to Ofcom's latest data. It would eliminate a competitor, turning the UK from a four- to a three-player mobile market, at a time of rising inflation and squeezed household budgets. For all these reasons, authorities will seek either to block the deal or cut the merging players down to size. 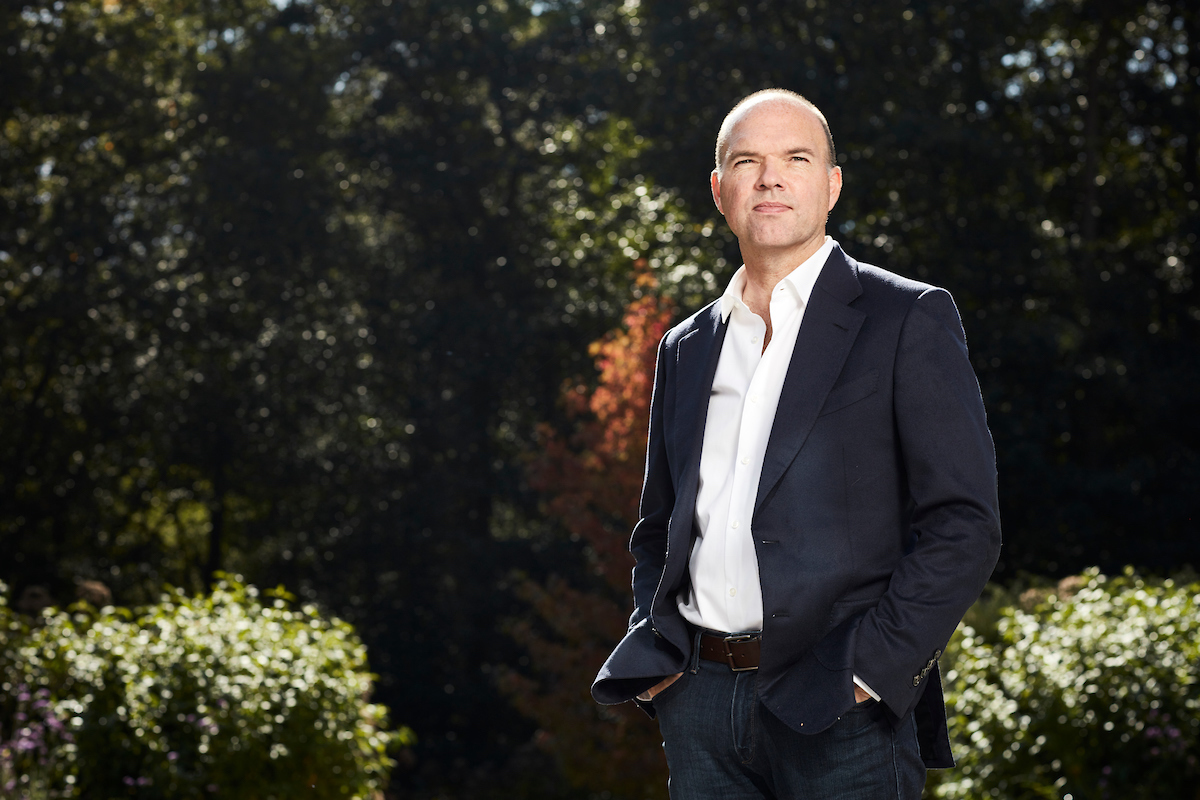 Vodafone boss Nick Read in his herb garden, dreaming of a deal with Three.
(Source: Vodafone)

"It would be up to the competition authorities to decide whether reducing the number of players is for the overall good of the market," said Kester Mann, an analyst at CCS Insight, in emailed comments. "Advocates will argue it encourages investment; dissenters will claim it's a reason to push up prices."

Since Three's last attempt at marriage, O2 has shacked up with Virgin Media, the UK's biggest cable operator. EE, the other mobile network, is now owned by BT after a £12.5 billion ($14.4 billion) takeover in 2016. This activity leaves Vodafone and Three as the only mobile networks without substantial last-mile fixed-line assets, an issue their wedding will not address. Vodafone's argument that a "merged business would challenge the two already consolidated players" therefore seems flawed. "Convergence still remains the Achilles heel if this does get over the line," said Paolo Pescatore, an analyst with PP Foresight, via email.

For both companies, though, a merger would make a lot of commercial sense. Each is regarded by Ofcom, the UK telecom regulator, as a "sub-scale" operator, a point Vodafone was eager to highlight in today's statement. Essentially, they incur the same expenses to build and operate a nationwide mobile network as their bigger rivals and yet have a smaller pile of money to spend. Last year, Three pumped 32% of its revenues into capital expenditure, excluding licenses. At BT, even including license fees, the equivalent figure was 25%.

Three has struggled for years to gain market share, while Vodafone Group is weighed down by debt and under shareholder pressure to spin off or merge sub-scale units. Perceived to be one of the worst-performing of Europe's big telecom groups, it has watched its share price drop 54% in the last five years. And its net debt – as reported at the end of March – exceeds its current market value by about £7.4 billion ($8.5 billion). Both it and Three face rising energy costs and wage inflation. And having already spun off their towers, they have few remaining assets they can divest.

Their hope must be that UK authorities post-Brexit are more sympathetic to their plight than European ones were to Three and O2 back in 2016. But while there have been signs of a softening in the regulatory stance on consolidation, a green light for the deal would be extremely controversial. Less competition usually leads to higher prices, and these are already going up. A merger of two mobile networks would clearly lead to substantial job losses in a recessionary climate, as well. Together, Vodafone UK and Three currently employ around 13,200 people, according to recent disclosures.

James Robinson, a senior analyst at Assembly, sounds dubious a merger will be approved. In a research note, he outlines several obstacles to a deal: spectrum holdings; the fact that Vodafone and Three are in separate network-sharing arrangements; the impact on the wholesale market; and the cost-of-living crisis.

"Aside from creating a new mobile market leader, a combined Three/Vodafone would boast a significant proportion of 5G spectrum in the 3.4-3.8GHz range," he said. But stripping the combined entity of spectrum would risk undermining the case for a merger. Network sharing is a complication because Vodafone shares infrastructure with O2 through the Cornerstone joint venture, while Three is in a separate partnership with BT known as MBNL. Authorities, said Robinson, "have previously determined that having an operator involved in both UK network sharing arrangements could weaken competition and facilitate information exchange."

On wholesale, a merger would mean there are fewer options for mobile virtual network operators, Robinson points out. But the chief concern for authorities is likely to be the "risk of consumer price rises," he said. "We would therefore expect this issue to be the most contentious point within a Three/Vodafone merger."

It might not trouble authorities, but this merger would also produce a messy jumble of technologies and vendors. After ditching Huawei to comply with government orders, Three is building its 5G network with Ericsson, having previously relied on Nokia for 3G and Samsung as a 4G supplier. Vodafone also counts Ericsson as its main radio access network vendor, but it is currently replacing Huawei at 2,500 sites with a medley of vendors touting open RAN – a set of immature interfaces promising more interoperability. In the core network, too, there is not much commonality: Vodafone uses Cisco and Ericsson; Three relies mainly on Nokia. Sorting this out could be a daunting job for any technology boss.