There is an endearing, blokey charm about Vodafone boss Nick Read, quite at odds with the aura of privilege that surrounds many business and political leaders.

The former accountant speaks with an accent that betrays humble origins. As an alumnus of Manchester Polytechnic, his route to the top was not supercharged by an Etonian education.

Articulate and sharp on investor calls, he sounds to the average Brit like an average Brit  a man you could talk to about Liverpool's Champions League upset over a pint in the Dog and Fox.

This man-of-the-people image unfortunately suffers with the publication of Vodafone's latest annual report, which reveals the details of Read's compensation.

It is not the amount that shocks. Executive pay throughout Europe and the UK is much lower than it is in the US, and nobody bar the local Marxist revolutionary expects CEOs to earn the same as the average employee.

The disgrace is that Read's overall take rose as much as it did, especially when Vodafone is forging a reputation as the plodder of the telco sector.

Margherita Della Valle, Read's second-in-command as Vodafone's chief financial officer, did equally well, also pocketing 17% more than she did a year earlier. The scale of these increases should outrage investors, employees and customers alike. 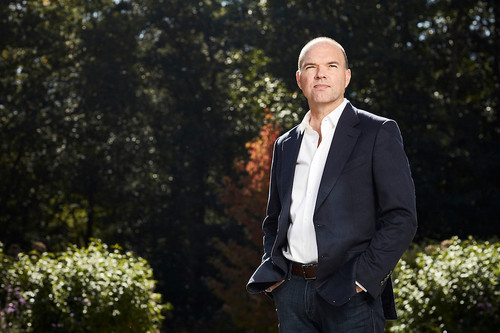 Vodafone justifies most of this pay increase  £459,000 ($580,000) of it, to be exact  through something it calls the global long-term incentive (GLTI) plan, which rewards executives if they meet certain targets, mainly on free cash flow (FCF) and shareholder returns.

Yet investors and analysts have not sounded overjoyed about Vodafone's performance under Read. Since the start of the year, Cevian, an activist investor, has been noisily calling for a clean-up of Vodafone's portfolio, demanding the sale of underperforming assets or transformative mergers.

Maurice Patrick, an analyst with Barclays, criticized the "lack of progress" during a call with Read on May 17.

"We haven't seen the visible progress yet," he told Read, noting that Vodafone seemed to have missed out on merger opportunities in Spain.

Vodafone's share price is down about 12% on Read's watch and it has tumbled about 45% since late 2017, when he was chief financial officer under Vittorio Colao.

Sales growth at the group is routinely unimpressive. Service revenues were up just 2.6% last year on a like-for-like basis. The profit growth that Read has delivered is fueled by cost cutting in European markets where Vodafone struggles.

Since the 2019 fiscal year, headcount has dropped by more than 4,000 employees in Italy, Spain and the UK, for instance  about 17% of the total in these countries.

That alone must anger staff aware of Read's effective 17% pay rise. It means Read trousered 113 times as much as an employee in the "25th percentile," Vodafone discloses in its annual report, and the ratio has grown from 106 times just a year earlier.

While Vodafone does not publish details of the mean salary across the entire group, dividing overall labor costs by the workforce produces a figure of about 55,000 ($59,000) for 2022, a year-on-year increase of just 3%.

As inflation tears into ordinary household budgets, this widening of the pay gap between the boss and his workers is unsightly. It is also faintly hypocritical.

Ten percent of the GLTI that rewards Vodafone's CEO is for meeting environmental, social and governance targets. The initiative, which includes a target for "workplace equality," smacks of corporate virtue signalling in the age of social-media vitriol.

Yet the growing concentration of wealth is arguably a bigger social problem than anything on Vodafone's list, one likelier in today's economic climate to result in social unrest. Of course, Vodafone can hardly stick pay action next to planting trees and waving rainbow flags on its CEO's bonus-incentives checklist.

Defenders of the system would undoubtedly argue that a boss without incentives is an unmotivated employee looking for another job. But something must eventually give.

At a very basic level, a widespread corporate habit of awarding standard wage increases based on flat percentage rates is making pay disparity even worse.