Even if lockdown ends and the old normal makes a comeback, 88 Claude Debussylaan in Amsterdam will be a much quieter venue. A little over three years ago, VEON employed nearly 650 people at its Dutch headquarters, despite having no role in the Dutch telecom market. Cutbacks since then have left it with fewer than 190 employees attached to its corporate function in the Netherlands, according to an update filed with the US Securities and Exchange Commission (SEC) last week.

VEON operates telecom networks across an incongruous array of geographical markets, from Algeria in North Africa to central Asia and Russia, where it generates nearly half its sales. Having recognized that incongruity, leaders in recent years have been reversing an earlier, one-size-fits-all strategy, under which VEON attempted to build a single app for customers worldwide and centralize technology decisions. These days, its operating companies are autonomous. The Netherlands is increasingly irrelevant. 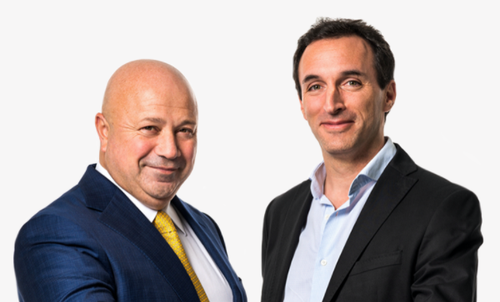 The jury is still out on whether any of this has worked. A decision to scrap the role of group chief technology officer (formerly Yogesh Malik, who now intriguingly works for rival operator Tele2 under CEO Kjell-Morten Johnsen, previously VEON's chief operating officer), and hand more responsibility to the CTOs of the operating companies, happened as recently as last summer.

Aiming for a Russian revolution

Cutting a few hundred jobs in an organization that employs more than 40,000 people was never going to have a major impact on costs, either. VEON's corporate costs fell by $64 million, to about $41 million, in its recent fourth quarter, the company noted. But its SEC filing shows that overall costs above the operating profit line equaled $7.35 billion last year. That was about $160 million more than VEON booked in 2019, mainly because it wrote down the value of some assets.

But headcount across all VEON's operations shrank by nearly 3,000 roles in 2020, leaving the business with a workforce of precisely 43,639 employees in December, its SEC filing shows. While more jobs have disappeared in percentage terms at headquarters than anywhere else, the Russian operation, where most employees work, cut more than 1,500 positions last year, nearly 6% of the total.

The Russian workforce remains much bigger than it was in 2017 when ranks were swelled by the breakup of Euroset, a joint retail venture with rival operator MegaFon, and VEON's absorption of stores that previously belonged to it. In pursuit of cost savings, it has been closing unprofitable stores, a process that is likely to have been aided by the pandemic. In December 2019, there were 2,849 stores bearing the VEON brand. A year later, just 2,284 were left standing.

That largely explains why job cuts have mainly affected people in sales, marketing and other commercial operations, where Russian headcount shrank 11% last year, to 15,131 employees. The number of jobs in Russia would have fallen even more sharply were it not for recruitment activity in engineering, construction and IT departments. More than 400 jobs were added, boosting the total in those areas to roughly 2,400 at the end of 2020.

The explanation for that increase is probably an investment program designed to fix a Russian network that had previously been neglected. Problems first came to light in late 2019, when VEON blamed underinvestment in mobile infrastructure for a loss of market share. Since then, it has replaced Vasyl Latsanych with Alexander Torbakhov as Russia CEO and ramped up spending on 4G coverage. It does not say how many sites it maintains in Russia (VEON did not respond to questions for this story) but claims to have increased its number of 4G basestations by a quarter last year.

The effort seems to have paid off. Although mobile customer numbers fell by 4.7 million in 2020, to about 49.9 million, the net losses ended in the July-to-September quarter and there was marginal growth in the last three months of the year. Yet investments have badly hit profitability. Sales in Russia last year were down just 5.3%, to about 274.5 billion Russian rubles ($3.7 billion), but earnings (before interest, tax, depreciation and amortization) sank 15%, to RUB107.8 billion ($1.4 billion).

Unadjusted, VEON's earnings margin shrank by 4.3 percentage points last year, to 43.3%. On the plus side, that still compares very favorably against margins reported by international peers. But the hope of shareholders must be that performance improvements continue this year. VEON is one of several big telecom firms that appears to have been in one turnaround or another for years. Its share price has never recovered after halving in value between February and March last year. And at 1.48 in Amsterdam, it is worth 60% less than it was in April 2017.

A big unknown is whether the strategy of decentralized decision-making works out. A clean break with the past can be the most obvious way for new leaders to make their mark, but there is no business or telecom rulebook that says a centralized approach is always wrong. Vodafone, interestingly, has just done the opposite to VEON, announcing a group-wide technology strategy in the hunt for economies of scale. With its decimated unit in Amsterdam, VEON would be in no position to quickly change course.