The apocalypse has provided a busy working environment for TXO Systems. Amid trade wars, a pandemic, the global shortage of chips and conflict in Ukraine, the UK broker of used network parts has been scuttling between buyers and sellers of equipment like a stretcher-bearer on a battlefield. Sales rose 15.6% in the fiscal year ending in June 2021, to more than £38 million ($46 million), and net income soared 40%, to about £3.9 million ($4.7 million).

The latest financial accounts are not yet published, but CEO Darren Pearce says the growth has continued at an even higher rate of 18% for the most recent fiscal year. It would put the company's revenues at nearly £45 million ($54.5 million). "In these times, it is not necessarily natural, but it starts to give you a feel for what the market is doing," he told Light Reading on a Teams call.

The inflationary crisis is perhaps the latest propellant for TXO, spurring operators to shop around for lower-cost equipment. Rather like a new car that loses half its value the moment it is driven out of the showroom, products are often both cheap and in excellent working order, says Pearce. "Some of our stock is new. It's been overordered or it's been procured for a project that never went through." Prices can be 50% to 90% less than the cost of new equipment sold directly by a vendor. 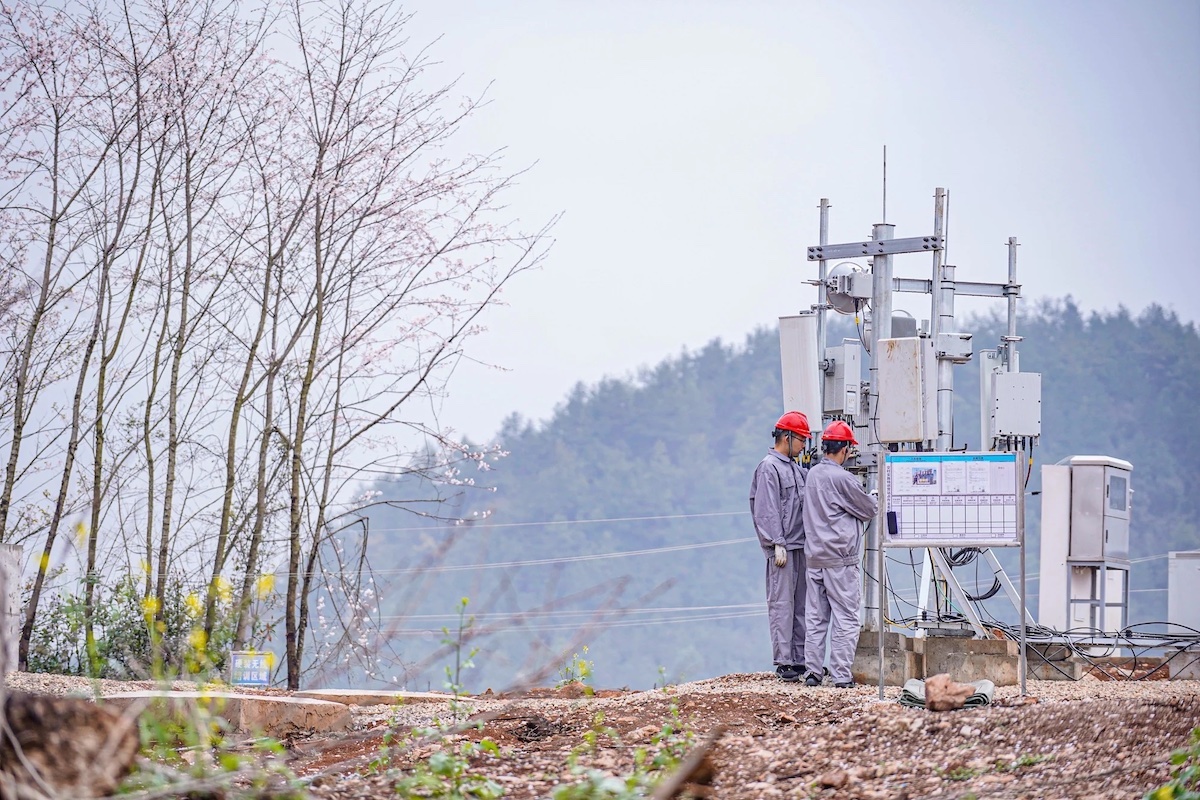 Swap-outs of Huawei equipment, as pictured, provided an opportunity for TXO.
(Source: Huawei)

A popular misconception seems to be that a market for used parts nearly always entails operators in developed markets stripping out old boxes and selling them to Africa – rather like US school buses recirculated in central America. Equipment changes are usually publicized only when a telco is buying the latest generation of mobile technology from someone like Ericsson or Nokia. The makers of these supercar equivalents, moreover, insist operators will pay higher prices if products cost less to operate than their predecessors. It does not sound like a trend that would suit TXO.

But much of the stock TXO acquires in developed markets remains in developed markets, according to Pearce. He likens the telco network to a tree – its leaves are the mobile basestations constantly being refreshed, while the core and transport technologies of its trunk and branches need to be strengthened as the network grows. "There is a mix of products we are serving," said Pearce. "You do get a lot of mobile leaves but a huge amount of it is the branches and the trunks – the big core equipment that just sits there and chugs away while the manufacturer has moved on."

Thanks to pandemic-era demand for Internet connectivity, operators in many developed markets witnessed record levels of traffic congestion on their networks. For TXO, that translated into healthy sales of capacity-boosting core and transport equipment. Sales had barely grown during the fiscal year ending in June 2020, with profits halving to around £1.6 million ($1.9 million), before a full year of lockdowns and similar restrictions fueled a big improvement.

Geopolitics has made a difference, too, as operators using Chinese products were forced to rip and replace those networks by their governments. Pearce hints that some of the Huawei equipment jettisoned because of government concerns was resold to operators in other developed markets where authorities have been less restrictive.

Environmentalism is another positive for TXO, so much so that it published a white paper in June on what it calls the "circular economy." Its headline findings belie some of the greenwashing that goes on among telecom and technology firms. Across all industries, less than 10% of the materials used in a year are reused and then recycled, while the ICT sector is one of the planet's chief emissions offenders. Currently responsible for 3% or 4% of all carbon emissions – twice as much as civil aviation – it is forecast by the Boston Consulting Group to contribute 14% of all emissions by 2040.

But a change seems to be underway in parts of the telecom industry. Various fixed-line operators are now investing in repaired or refurbished equipment, including power modules and transceivers, according to the report. It also cites Telia, one of Scandinavia's biggest operators, as a major TXO customer with environmental goals. Besides recycling used equipment within Telia Group, it de-installs what it calls "surplus items" and sells these to other operators. TXO has a hub in Sweden that serves Telia and the Scandinavian market.

Not everything can be resold. Some of the equipment taken out is so antiquated that no telco would have use for it, acknowledges Pearce. For this reason, TXO maintains relationships with smelters in Asia that extract the precious metals from ageing components. "We have specialized licensing that's very stringently controlled to export that precious content to the smelter in Asia so that they can then turn it into gold, silver, platinum," said Pearce. "It's used directly in their country of manufacturing."

Given today's ongoing components crunch, the stock that TXO can resell is currently flying off the shelf, he says. More surprising is the revelation that TXO is now seeing its highest level of inbound freight ever. "There are a lot of customers that just want to save money and create, in theory, cash balances by releasing products from their warehouses that they're not consuming," said Pearce. "We've got more and more stock being released by our customer base." What for many companies is still described as a crisis has turned out to be very fruitful for TXO.