The consumerization of IT and the rise of the mobile workforce has had a dramatic impact on voice communications at large global businesses in the last year or two, with a significant number moving completely away from enterprise-based telephony or unified communications, says one consultant in that space.

That could be one reason 2017 was one of the worst years ever for business services revenues. MoffettNathanson LLC noted earlier this year that AT&T, Verizon and CenturyLink saw a "precipitous drop" in business market revenues toward the end of 2017.

Emmanuel Moss, consulting manager for Information Services Group (ISG), who advises Fortune 100 companies on communications, says the last two years have seen a dramatic drop in the number of companies willing to upgrade their legacy voice systems. Those companies instead are shifting to things such as Microsoft Corp. (Nasdaq: MSFT)'s Skype for Business or Cisco Systems Inc. (Nasdaq: CSCO)'s Jabber.

Relic From the Past 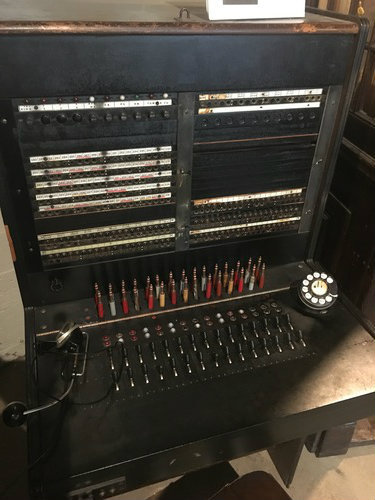 "I think Microsoft has done a great job of selling E5 licenses [Office 365 Enterprise E5 licenses which include Skype for Business]," Moss says.

The major shift of enterprise voice away from TDM circuits to SIP trunks that took place earlier in this decade might be the last major investment in equipment to support voice. Moss says enterprises are willing to continue to support those systems in terms of maintenance but are not likely to upgrade them.

"Anything else is going to be a harder effort, because, quite frankly, from a voice infrastructure perspective, there is not money in the budget to upgrade old phone systems," he says. "People are using cellphones, Lync, Google Hangout and all of that."

A major reason for that is that the widespread use of cellphones has reduced sensitivity to call quality, he adds. "We have grown used to the fact that calls dropped and we have to say, 'Can you repeat that,'" Moss says. Workers are more interested in being able to work wherever they want to than in having an expensive office desk phone.

Those same workers bring the messaging and collaboration apps they use in their personal lives into the workplace, and are very comfortable doing so, he adds.

One implication for network operators, beyond seeing a steep decline in resales of voice systems, is that large companies need fewer dedicated circuits for voice lines and are more willing to use Internet access lines that are best-effort and lack class-of-service, Moss says.

That trend is already in play with the move away from dedicated MPLS circuits to services such as SD-WAN which can be over-the-top. There may be network design challenges around using best-effort Internet access for business, he notes, and some of the trouble calls may flow upstream to the carriers.

Network operators are also offering their own cloud-based UC&C services, hoping to bring enterprises and SMBs into the fold by offering the ease of combined voice, messaging, collaboration and conferencing without a heavy capital expense requirement. Even there, however, they face growing competition from the companies already dominating that space, such as Mitel, RingCentral and 8x8.

"When complemented with FMC, multi-national offerings, bundling and service provider grade support, there is an angle for differentiation that [a few] innovative service providers are pursuing," he says in an email interview. "In general, though, service provider innovation time to market is falling behind compared to OTT providers, and the stack of collaboration is usually limited to cloud PBX."

Michelle 3/19/2018 | 8:45:33 PM
Re: Please hold You would be correct. That was the question I meant to ask! I didn't realize the standard desk phone was going away in rapid fashion. Desk phones are still common in companies where I live. Traditional phone lines are not, however.
Reply | Post Message | MESSAGES LIST | START A BOARD

8x8 (as my example) provides direct connectivity via phone numbers to end stations.  The gateway is built into the service and does not require a special connection (from the end users standpoint).

These are both public services in that they are available directly via Broadband networks.

brooks7 3/19/2018 | 10:00:15 AM
Re: Please hold Desk phones in some small companies are already extinct with a couple of exceptions:  Receptionists, Conference Rooms, and other Station Areas.  Where you want to reach a place instead of a person.

Uh - VoIP is pretty much standard today.  IP PBXes took over quite a long time ago.  I think your question is:  "Are Private VoIP networks (like Skype) going to predominate over Public VoIP (like 8x8) for Businesses and IP PBXes?"