"Et tu, Three," the UK phone customer must have grimaced this week as the smallest of the country's four mobile network operators joined in the great roaming betrayal of 2021. Three had seemed the most committed to the anti-roaming cause, previously dropping fees before any of its rivals and promising they would not return after Brexit. Now it has disloyally followed BT and Vodafone into the opposite camp, leaving Virgin Media O2 as the only holdout.

This is a risky move by Three, which has styled itself on being more consumer-friendly than other brands. As the challenger in the market, it is expected to shirk convention and be different. Simply falling in line with its big competitors on marketing and pricing will force it to stand out in other ways. And yet it lacks a mainstream fixed-line service, appears to lag BT (and possibly Vodafone) on 5G rollout and, ultimately, has struggled to be seen as anything but a low-cost mobile telco. 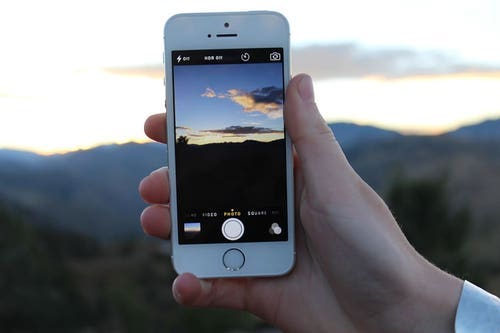 Nice photo, but it might cost you to send it.

One analyst who has been tracking the whole saga is unimpressed. "This is a huge blow to Three customers," said Paolo Pescatore of PP Foresight. "Free roaming to so many destinations helped lure and retain users. Now [that] this is no longer a differentiator, it will be hard for Three to stand out in an increasingly crowded and cut-throat market. More so, given that its network coverage is not on par with its rivals."

A more sympathetic angle is that telcos are under enormous pressure to invest in next-generation networks, operate in extremely competitive European markets and have few friends on the regulatory side. Three UK pumped about £307 million ($426 million) into capital expenditure in the first half of this financial year, a 60% year-on-year increase, and racked up a loss of £55 million ($76 million, based on earnings minus capex). That was despite a 5% increase in sales, to nearly £1.2 billion ($1.7 billion). Customer acquisition and operating costs are rising. Three cannot afford to give services away for free.

For now, the roaming charges will only affect new customers, those taking out a service from October this year. Much like other members of the new roaming club, Three will charge travellers to European Union countries about £2 a day. This, it says in a statement, will "ensure that we can continue investing in our UK network."

An industry justification for these charges is that operators suddenly face all manner of unforeseen wholesale costs they could not possibly have anticipated when they were promising that roaming would not make an unwelcome return. But if these costs are that crippling, then operators would surely have known about them. The EU's campaign against roaming, after all, is not something that happened when today's executives were still in diapers. Fees were not entirely scrapped until as recently as 2017.

These wholesale charges, presumably, are the fees that one operator charges another when a customer roams. Armed with his coronavirus test results and a strong urge to sit on a foreign beach, Barry, a Three UK subscriber, heads to Greece and roams on Vodafone's network. Vodafone, spotting Barry is not a customer, bills Three, which eventually passes the cost onto Barry.

What's hard to fathom is why any wholesale charges would apply for travellers to Austria, Denmark, Italy, Ireland and Sweden, all countries where Three has affiliates also owned by CK Hutchison. If Italy's Wind Tre did happen to bill Three UK for roaming costs, money would change hands but stay within the same group. The £2 daily fee, then, would be pure profit. Yet there are no exemptions for customers who visit these five EU countries.

Pescatore says the same criticism can be made of Vodafone, which operates networks in major European markets, including Germany, Italy and Spain. "An opportune moment to get rid of free roaming altogether. A clear and easy commercial decision to help improve margins," is his verdict.

Data usage on smartphones exploded after the EU banned roaming charges. Until then, business travellers and holidaymakers had stumbled around foreign cities clutching dog-eared phrasebooks and coffee-stained maps, smartphones switched off and buried deep in their bags. Suddenly, they could use the mobile Internet they took for granted at home without running up additional costs. After the recent betrayals by BT, Vodafone and Three, some phones will be going back in the bag.