The problem is not Vodafone  it's telecom

There's an odd story circulating that Vodafone is the standout sick man of European telecom, an industry equivalent of the Ottoman Empire when the dervishes had stopped whirling and the Sultan had run out of Turkish delight.

Cevian Capital, one of those notorious "activist" investors, has parachuted in with its guide to fixing problem companies. The business columns of UK newspapers are churning out more of that I-told-you-so commentary that has the authorial tone of men with long white beards who have lived an eternity.

Vodafone, it cannot be denied, has been a hard company to love under CEO Nick Read, an accountant promoted into the top job in October 2018.

His predecessors' Sultan-like enthusiasm for empire-building took the UK-headquartered firm into some unlikely places and has left it with a sprawling collection of international assets, many of which have lost their mojo. In the aftermath, Read's job has been to clean up, cut back and look for hidden treasure.

He has not been a total stranger to acquisition, though. In 2019, he seemed to overpay for cable assets in Germany and Eastern Europe when he spanked 18.4 billion (US$20.8 billion, at today's exchange rate) on businesses owned by Liberty Global.

Germany now underperforms the Group on service revenue growth, according to Vodafone's latest trading statement. Sales inched up just 0.8% year-on-year for the third quarter, to about 2.9 billion ($3.3 billion), while Group service revenues rose 3.1%, to around 9.6 billion ($10.9 billion). 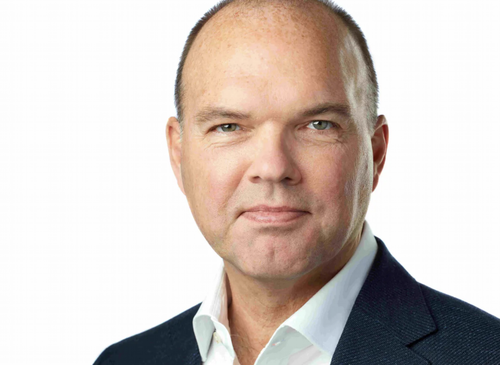 Vodafone CEO Nick Read says a shake-up of the portfolio is on the table
(Source: Vodafone)

Elsewhere, Read has merely been unlucky. He was not responsible for Vodafone's $11 billion move into India in 2007 and could not have anticipated India's subsequent and growing hostility to foreign investors. That business in the world's biggest market bar China is now deconsolidated and merged with a local rival.

Other decisions remain questionable. The separation of Vodafone's mobile masts into a separate vehicle branded Vantage Towers looked popular with the finance world as an exercise in unlocking value.

Listed in Frankfurt, Vantage Towers is currently worth about 15.1 billion ($17.1 billion). Its share price has risen a fifth since it began trading in March 2021 and Vodafone retains more than 80% of the business.

But Read has shown a willingness to cede majority stakes in the national tower companies that Vantage owns. Critics see the carve-out as a form of financial engineering that might ultimately cost Vodafone control of important infrastructure.

This could happen across the entire footprint were Vantage to merge with the towerco units of Deutsche Telekom and/or Orange. Talks are reportedly underway and Read seemed to confirm them on today's call about the latest figures.

Three (telcos) is the magic number

For all the doubts about strategy, this type of consolidation sounds right up Cevian's street, and the investment company's arrival on Vodafone's doorstep has clearly spurred activity inside the operator.

Disposals, acquisitions and joint ventures across the entire portfolio are now under consideration, Read told analysts this morning. And nothing is off the table as Read tries to lift return on capital employed (ROCE) above a disappointing 4.4% for the last fiscal year.

"There could be circumstances where a particular market does not meet the [strategic] criteria and in those situations we will be very proactive and very pragmatic at finding other alternative solutions  joint ventures, us moving into a majority controlling position, us moving into a minority controlling position or a disposal," said Read. "We don't close down options."

The trouble is that Europe's authorities usually do. Where in-country consolidation has been allowed, regulators have typically licensed a new player or attached such onerous conditions to a deal that it loses value.

Their mantra is to preserve four-player mobile markets at all costs, and it has frustrated not just Vodafone but other network operators for years.

Overcoming this resistance would be no easier for Cevian than it has been for Read and his peers. And the uber-competitive markets it protects are partly why the sector's performance has been so disappointing. Vodafone is not so much the sick man of Europe as Europe is the sick man of telecom.

In fact, five of Europe's six telecom majors have seen billions of dollars wiped off their market value in the last five years. Vodafone has held up better than BT, Telecom Italia and Telefónica, from a share-price perspective, and performed just a bit worse than Orange. Only Deutsche Telekom has witnessed growth. The key difference? Ownership of a network in America's vast, three-player market. 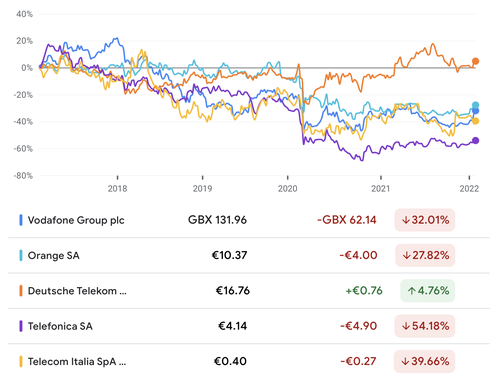 Activist or not, Cevian will just have to pray that Read's optimism about a shift in the regulatory viewpoint is warranted. Authorities are having a rethink, he effectively told analysts this morning, after noting the valuable economic contribution that telcos made during the pandemic.

"This has nothing to do with competition and pricing, but we need industrial scale," he said.

"If we don't have that, we don't have acceptable returns. The case has to be by country, and I think that has really resonated with every member state politician that I've engaged with."

What Cevian really needs, then, is not for Read to be a more effective manager, but for him and his peers to be highly persuasive lobbyists for consolidation.

The trouble is that analysts have heard the line about friendlier regulation numerous times before. Yes, operators shouldered the heavy burden of data growth during COVID-19 without extra compensation. But they have emerged in healthier shape than many other sectors.

If telecom is that economically important, then higher prices for consumers  a natural consequence of merger activity  could be devastating, officials may fear.

Margrethe Vestager, the European Union's competition commissioner, continues to argue that competition and not consolidation is the driver of investment, noted Jacob Bluestone, an equity analyst with Credit Suisse, on the call with Read.

"I am pro-competition," the Vodafone CEO responded. "But there is a difference between that and hyper-competition that damages and constrains inward investment."

Sweeping changes might satisfy Cevian and relieve pressure on Vodafone and its peers  for a while. But the industry's real problem, and one that has not surfaced in the commentary about Cevian, is a lack of fresh ideas as American tech giants trample anything in their path.

Even US operators, in a market Read envies, have looked inept. AT&T thought it could transform into a giant-fighting supertelco through an $85 billion splurge on Time Warner. Verizon tried the same by splashing $9 billion on AOL and Yahoo, two aging Internet properties. All three deals proved disastrous.

Far from calling out the dearth of innovation, newspaper columns in the UK have made a big deal about the shortage of telecom expertise within Vodafone at non-executive level, an apparent issue for Cevian. Yet adding telecom expertise should be the last thing on Vodafone's agenda.

It is, at least, trying to recruit or train up the software experts it will need to break free of the telco mold.

If all goes well, they will write the code that gives Vodafone independence from Big Tech and the muscle to create new services.

There is plenty that could go wrong, and financial markets barely reacted when the initiative was unveiled. But it is possibly the most original move by a European telco in years, and one that belies any perception of Vodafone as Europe's hopeless straggler. Because if operators carry on as they are, things can only get worse.