The dubious logic of UK resistance to mobile mergers

Freed from European Union constraints, Ofcom, the UK telecom regulator, seems to have relaxed its stance on mobile mergers. Until this week, Ofcom had seemed philosophically opposed to any deal-making that would reduce the number of networks from four to three. But the industry has taken encouragement from a new position paper that appears to abandon this magic-number principle.

"The question of whether a particular merger is likely to result in a substantial lessening of competition depends on the effectiveness of competition that can be expected in the market after the merger, rather than just the number of competitors," says Ofcom. 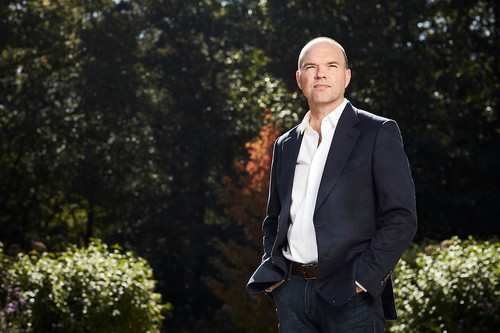 The shift sets up the possibility of a merger between Vodafone and Three, two mobile-only UK networks that crave consolidation and have reportedly been in talks. Under pressure from shareholders to improve returns, Vodafone Group boss Nick Read has recently been urging regulators across Europe to back mergers. And Robert Finnegan, Three's CEO, immediately welcomed Ofcom's report.

"Moving from four to three mobile players in the UK would mean better, smarter investment in the networks which would, in turn, improve the quality and scale of connectivity in Britain and would unleash more competition," he wrote in a statement.

But hold on. Before Read and Finnegan can fall into each other's arms, they may still need to persuade authorities that a tie-up would not be damaging. Overlooked is the doubt Ofcom expresses in its report about the case typically made for consolidation, the one Finnegan puts forward. There "is no evidence to support the hypothesis that service quality and/or investment increases when markets become more concentrated," says the regulator.

Arguing that less competition is good for service quality and investment must seem counterintuitive. At the extreme end, a monopoly providing an essential service has zero market incentive to fund improvements. That partly explains why state-run businesses with monopoly status are so inefficient.

But the opposite sounds just as unappealing. In a slow-growing market with dozens of competitors, revenues are spread thinly. Yet capital expenditure needs remain high if operators want to provide a nationwide service. Operators can either jack up their capital intensity, with long-term ramifications for investors, or underfund their networks, with consequences for service quality.

Prior to the consolidation that has taken place in recent years, India was the clearest example of what happens when a telecom market is overly competitive. Companies that poured into the country racked up losses on service rollout and eventually collapsed or got swallowed by rivals.

Closer to Ofcom's home, Spain provides a more recent illustration. "There are six major players, more than 20 brands and hundreds of MVNOs competing," complained Jean-Francois Fallacher, the CEO of Orange Spain, during a press conference last October. It is no coincidence that Orange Spain's earnings fell 16% year-on-year for the first half of 2021, when the group figure was down just 0.7%.

Ofcom would probably accept this basic logic about the unattractiveness of both monopolistic and uber-competitive markets, and yet it jars with the idea there is no linkage between reducing the number of players (up to a point) and boosting service quality or investment.

One mistake the regulator makes is to look at overall investment rather than the investment that goes into each separate network, says John Strand, the CEO of Danish advisory firm Strand Consult. "Country-level investment is not relevant to the user experience  it is rather the average investment per operator, which many studies find to be higher for more concentrated markets," he says.

In short, if overall annual investment drops from $2.5 billion to $2 billion after a merger between two operators in a four-player market, each network would spend an extra $42 million on rollout or improvements.

Strand also cites various third-party studies that reached the opposite conclusion from Ofcom's. In 2018, Christos Genakos, a professor at Cambridge University, examined data from 33 OECD countries for 2002 to 2014 and found the correlation between market concentration and investment per firm was pronounced in later years.

A separate study published in 2019 by Nicolas Wellman, another academic, gathered 500 million data points from 14 EU countries to show that reducing the number of operators had a positive effect on network quality. Serafino Abate, a former director of competition economics for the GSM Association, says download speeds increased in Austria across all networks following the merger between Orange and H3G in 2012.

Experience has also tended to show that the weakest company in a four-player market has had "a too-small revenue base to be able to compete on investments," says Bengt Nordström, the managing director of strategy and consulting for Accenture. "The drive for consolidation is lack of growth in a market which requires 15% of sales in investments annually. Then the wish and push for fewer players is a very natural consequence."

Whatever Ofcom eventually decides, Read is hopeful that opposition to merger activity is crumbling in Europe as well. His company has just rejected an 11 billion ($12.6 billion) bid made by Iliad for its Italian unit but is evidently looking for a deal of some kind. "Vodafone continues to pragmatically pursue several value-accretive in-market consolidation opportunities to deliver sustainable structures in its major European markets, including Italy," it said in its statement.

"We can view this as the opening whistle on what is clearly to become a lively and potentially unconventional bidding season for Vodafone's European assets in the UK, Italy, Portugal and Spain," says Emma Mohr-McClune, an analyst at GlobalData. Competition authorities will need to play along.