Fiber investment in Spain, a UK merger with Virgin Media, the sale of assets in Central America and its recent "edge" partnership with Google all gave Telefónica plenty to holler about as second-quarter results hit the news desks.

Unfortunately, none of it could hide the 729 million (US$857 million) hole that COVID-19 tore in the Spanish operator's revenues, or a 338 million ($397 million) hit to operating income.

Three of the company's four main markets  Spain, the UK and Brazil  have been among the worst-affected countries on the planet by the coronavirus pandemic, leaving Germany as the outlier in this group. 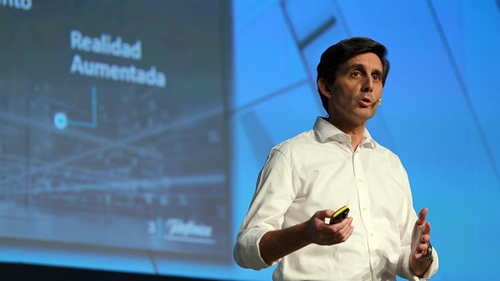 All told, Telefónica's revenues fell nearly 15% in the second quarter, to 10.3 billion ($12.1 billion), and operating income before depreciation and amortization (OIBDA) dropped 25%, to 3.3 billion ($3.9 billion), compared with the year-earlier period.

Weight loss
Telefónica's response was the sort of extreme frugality practiced by Franciscan friars. Besides dispensing with more of its worldly possessions, it has been tightening its cincture to protect what remains.

Years ago, Telefónica was a flabby sprawl of European and Latin American limbs. These days it looks comparatively skeletal.

Announced today, the latest round of weight loss came in Costa Rica, where its local subsidiary has been flogged to Liberty Latin America for a 425 million ($499 million) fee. That deal was struck soon after Millicom reneged on a previous agreement to buy the Costa Rican business.

In the UK, a merger with cable giant Virgin Media, still awaiting regulatory approval, will raise further cash and leave Telefónica with just 50% of one of its most treasured assets.

Like other European telcos trying to figure out if their purpose in life is to be just a "dumb pipe," Telefónica has also raced to hive off its towers and is now eyeing stake sales in other infrastructure assets.

"We started before anyone deploying fiber and everyone questioned us but now we own assets that are attracting interest," said CEO José Maria Álvarez-Pallete López, a contender for the longest-name-in-telecom award. "We have optionality and that is a good place to be."

The goal is to keep chipping away at the operator's mountain of debt, a perennial concern for ratings agencies and investors. That fell by 543 million ($638 million) in the first six months of 2020 but is still an awe-inspiring 37.2 billion ($43.7 billion). Few service providers could match Telefónica on its earlier profligacy.

To guard free cash flow and ensure investors benefit from dividends, Telefónica is also cutting jobs and other costs and applying a brake to investment activity.

That revealed itself in a sharp drop in capital expenditure, which plunged a fifth in the first six months of the year, to about 2.7 billion ($3.2 billion). 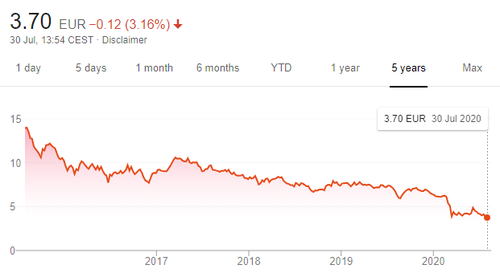 Analysts worry the operator risks a loss of competitiveness, but Telefónica insists its fiber rollout in Spain was already very advanced and will reach 100% of the population by 2025. Capex cuts have targeted non-essential areas, said executives.

She also denied capex would eventually have to increase to compensate for this lag. "You can see that the revenue in the lines not affected by COVID-19 has performed well. We don't see a potential catch-up in the coming years and I think the reduction will be maintained."

Underwhelming
Operationally, Telefónica certainly appears to have done reasonably well in its domestic market, losing only a few thousand mobile customers in the second quarter  all at the small and increasingly irrelevant prepaid business  and gaining broadband and TV subscribers.

Its subsidiaries in other key markets also looked fairly resilient despite spending cuts by customers and a fall in device sales.

Headcount across the business continues to shrink, partly due to asset sales and partly as Telefónica adapts to a more automated, online and socially distanced reality.

But with sales in decline, the reductions have brought little in the way of productivity benefits. Back in 2015, the company made about $447,000 in revenues per employee. Last year, the figure had risen to just $462,000. Every one of its major European peers has seen bigger improvements.

The carve-out of the Tech division's cybersecurity business is now at an advanced stage, it said, and there are similar plans to spin off its cloud and big data units.

Property management and asset sales are clearly the name of the game in 2020. What Telefónica really craves are merger opportunities in Spain, Germany and Brazil.

One has just surfaced in Brazil, where a consortium including Telefónica, Telecom Italia and América Móvil has this month submitted a "binding offer" for Oi, a Brazilian operator whose spectrum holdings and market presence appeal to Álvarez-Pallete.

Ignoring the planned merger in the UK with Virgin Media, there has been less to shout about in Europe.

"The current market structure in Europe is unsustainable," grumbled Álvarez-Pallete, estimating that about 400 mobile service providers are active in the region. "In-market consolidation should be fostered."

So far, there are no signs of that in Spain, and investors have remained stubbornly underwhelmed by Telefónica's activities.