The terminals consist of a Wi-Fi router and a small satellite dish which the company's official installation guidelines call "Dishy McFlatFace."

Engineer Ken Keiter tore apart Dishy in a 55-minute YouTube video and was impressed by what he saw, despite destroying the receiver in the process.

"It's rare to see something of this complexity in a consumer product," he said about its circuit board.

Starlink will focus on rural areas currently deprived of fiber broadband, where in the UK it will compete with government-backed satellite service OneWeb, which was rescued after filing for bankruptcy last March.

The Internet comes to the countryside

Rural broadband has long been a pain point in the UK. Much of rural Britain gets online through the telephone lines, which drives the UK down to 47th place in the world for average speeds.

Five per cent of UK homes don't have access to download speeds of at least 30 megabits per second, with the slowest street in the UK (which was in Weybridge in Surrey) having an average speed of just 0.12 Mbit/s.

As well as the US and UK, Starlink has also received the green light from regulators in Greece, Germany and Australia. 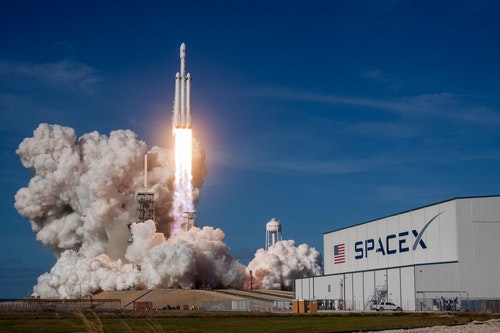 Musk's company has been having a run of international luck with regulators.

The US Federal Communications Commission on January 8 granted SpaceX permission to launch ten Starlink satellites into polar orbit in a Falcon 9 rideshare mission scheduled for January 14.

But the FCC deferred considering any broader modification of SpaceX's license to permanently lower the orbits of Musk's satellites.

If you thought this made the race to the skies a bit more crowded, the European Commission has also launched a 7.1 million (US$8.6 million) year-long feasibility study of launching a European-owned space-based communications system.

The consortium includes Airbus, Arianespace, Eutelsat, Orange and Thales Alenia Space, and was announced on December 23.

Meanwhile Starlink's beta rollout has been described as "extremely cautious," mainly achieved by a reshuffling of as much as 60% of its active constellation through plane change maneuvers.

Better than Nothing Beta

Starlink's UK pricing is clearly targeting customers without other options.

The £89-a-month subscription gets customers an average download speed of 100 to 150 Mbit/s.

Mass-market competitors, in areas with fiber broadband, could offer speeds up to 500 Mbit/s for only £62 ($84).

At least Musk's company is fairly up-front in this, naming the service the "Better than Nothing Beta."

But satellite broadband, if pricier and slower than fiber, in many parts of the rural and developing world can nonetheless be transformative.

More than 40% of the globe is without access to the Internet.

In some areas, such as parts of rural Nigeria, there are also questions of electricity supply to address as well.

Meanwhile Starlink has other licensing applications in the post with regulators in France, New Zealand, South Africa, India, Japan, the Philippines, Argentina, Brazil, Chile and Colombia.

This will push Musk's newest adventure a good bit nearer its goal of offering broadband Internet to almost anyone on Earth.

How Starlink's vision will fare in countries with state censorship of the Internet, like Russia and China, though, still remains to be seen.