And going still further back, the annals of UFO lore record an apparent Aurora, Texas, interstellar crash in 1897.

Now, it is to Texas that Elon Musk's SpaceX moves its Starlink broadband satellite factory and deep-space rocket operations, which go to Austin and Boca Chica, respectively. 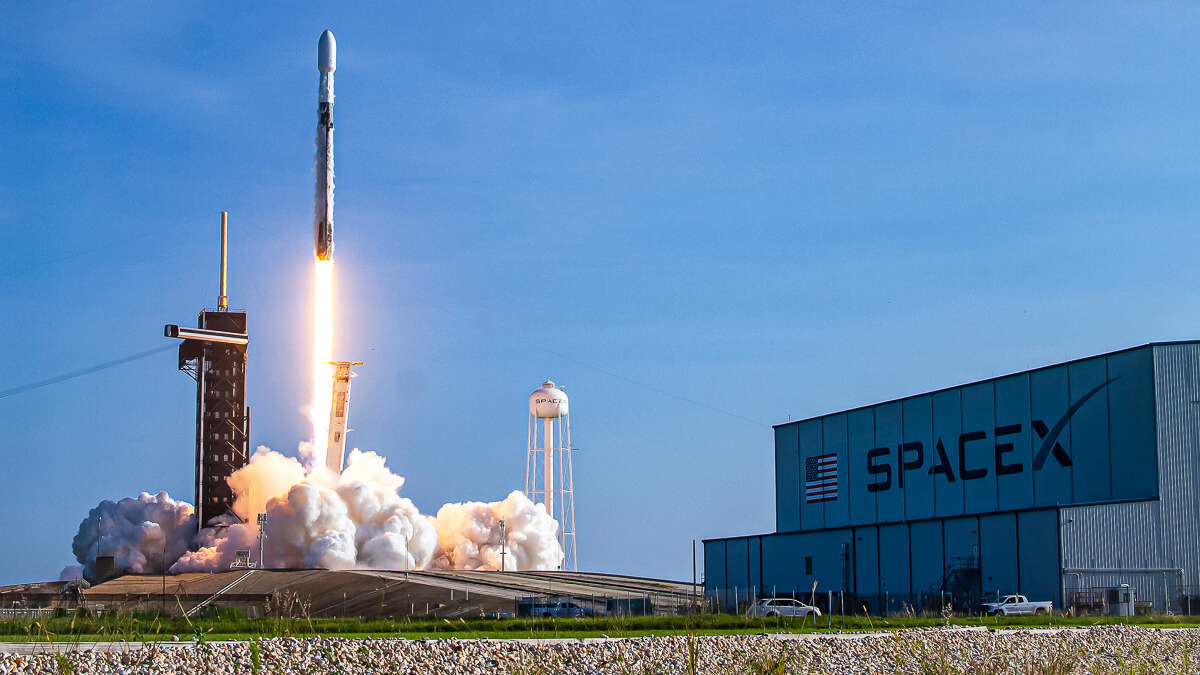 Texas, we have lift-off: It's been confirmed that Starlink will be based in Texas, while Elon Musk tries to rename Boca Chica as Starbase.
(Source: SpaceX on Flickr CC 2.0)

A recent SpaceX job posting suggests a new "state of the art" factory in Austin will make its Starlink kit – that is, dishes and antennas to connect users to the satellites, Wi-Fi routers, and antenna mounting hardware.

The factory will engage in "high volume manufacturing, to produce "millions of consumer facing devices," says the job description.

Starlink's ambitions for its broadband-by-satellite service, currently in what it calls "Better than Nothing Beta" testing, appear to be sky high.

The Skylink network will encompass most of Earth by the end of 2021 and all of it by 2022, which is when India (where 50% of people lack Internet access) will join the network, Musk has said recently.

Creating the city of Starbase, Texas

Meanwhile, average connection speeds will double to around 300 megabits per second, with its latency dropping to approximately 20 milliseconds "later this year."

India's Bharti Airtel is also planning a high-speed satellite Internet service by 2022, which will use OneWeb-s low-Earth orbit constellation of satellites.

OneWeb emerged from bankruptcy in November, with Bharti Airtel and the UK government as principal shareholders.

Using relatively low-orbit satellites, around 550km high, gives the approach of companies like OneWeb and SpaceX an advantage in terms of lower latency and reduced interference.

Large navigation and communication satellites fly in medium-earth orbit, between 2,000 and 35,000km.

Satellites in geosynchronous orbit are higher still, beyond 35,000km.

Starlink and OneWeb are adopting very different models, with OneWeb working with partner telcos, and Starlink selling direct to customers.

Boeing and Telesat also are eyeing this Internet space race, too.

Take us to your Starbase

Musk also has expressed a wish to change Boca Chica's name to something slightly more intergalactic.

The Cameron County village is two miles away from Mexico. It is not quite yet an intergalactic hub: The 2000 census recorded its population as 26.

But promisingly, in an attempt to lure Polish immigrants, the village formerly bore the name of Kopernik Shores – after Copernicus.

Musk himself has relocated to Texas from California. SpaceX's headquarters will remain, at least for now, in Los Angeles.

His philanthropic Musk Foundation has made a similar shift to Austin, which also will host Tesla's factory for its impending electric pickup truck.

In September 2019, SpaceX made an offer to all of the residents of Boca Chica to buy their houses for three times their market value.

The company included, as a sweetener, VIP invitations to watch future launches.

To Mars, Via South Texas

For Musk, profitable commercial space projects like the Starlink satellite broadband network and the Falcon 9 rocket will help fund his more ambitious projects, like the Starship spacecraft and Super Heavy rocket, being designed for human missions to the Moon and Mars.

Japan's billionaire Yusaku Maezawa has begun a contest to select six to eight crew members to join him on a six-day SpaceX Starship flight around the moon, which could perhaps take place as early as 2023.

Maezawa, who was selected as SpaceX's first commercial passenger for a lunar flyby in September 2018, plans to take a group of artists with him, as part of an art project he will call #dearMoon.