Early to the home security market among ISPs, AT&T may now be looking to exit the business. A report by Reuters states that AT&T is exploring a sale of its Digital Life division as part of an effort to reduce debt following the presumed closure of the telco's $85 billion acquisition of Time Warner. Reuters posits that the business could sell for close to $1 billion. That would do little to touch AT&T's debt load, which reached $143.7 billion mid-year even before any Time Warner transaction, but reportedly the sale could be only the first of several as the operator looks to mitigate the impact of yet another mega merger.

Why does the potential sale of the Digital Life business matter? There are several reasons. First, AT&T Inc. (NYSE: T) has invested heavily in home security and monitoring over the years, but now appears not to like the payoff. The telco partnered with home automation company Xanboo to offer service way back in 2006 before ultimately acquiring that startup in 2010. It then teamed up with Cisco Systems Inc. (Nasdaq: CSCO) in early 2013, rebooting its home security efforts with the launch of Digital Life in April of that year. (See AT&T Dives Deeper Into the Smart Home and AT&T Launches Digital Life Service in 15 Markets.) 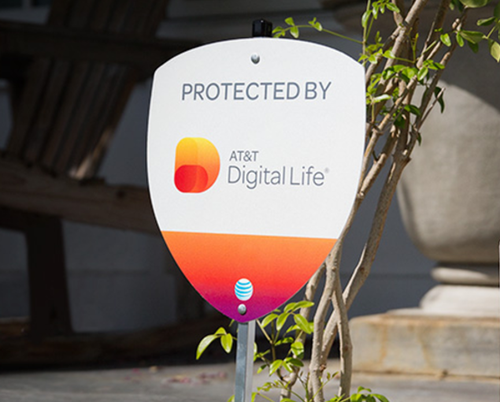 Second, home security and automation should fall under the same umbrella as other Internet of Things initiatives, but (to this editor's knowledge) there's never been any indication of crossover between Digital Life and AT&T's IoT ambitions. That may mean that a divestiture of Digital Life would be a good thing, but on the other hand, AT&T may be giving up on a platform and a stake in the home that it could have merged with other IoT technology efforts.

Third, if AT&T is indeed getting out of the home security business, it's doing so just as rival Comcast is starting to demonstrate serious traction in the space. Comcast Corp. (Nasdaq: CMCSA, CMCSK) announced last month that it now has more than 1 million subscribers to its Xfinity Home service (AT&T is estimated to have about half that), and the cable company closed on its acquisition of critical home automation technology from Icontrol earlier this year, setting the stage for further service development. (See Comcast Lines Up Fall Launch for 'Instant TV' and Comcast Gets Its IoT On With Icontrol Close.)

Fourth and finally, if AT&T drops Digital Life, there's likely to be an effect on Cisco, which helps power the service platform. It's unclear how invested Cisco is in the home automation industry, but AT&T has always been the vendor's prime case study reference for smart home services. If that goes away, the question is whether any new owner of Digital Life would boost Cisco's position in the space, or whether Cisco would slowly melt away from the home monitoring and control market altogether.

AT&T isn't the only operator to try its hand at smart home services only to later consider an exit. Verizon Communications Inc. (NYSE: VZ) dropped the hammer on its own offering back in 2014. There were hints that Verizon would re-enter the market shortly afterward, but whatever those plans were, they haven't materialized publicly to date. (See Verizon Pulls Plug on Smart-Home Service.)

More recently, Verizon launched a 4G-based home automation hub, but that product works more like a traditional mobile device with consumers given the option of buying a data plan to go with the hardware. The hub supports a small number of smart home devices from Nest and Honeywell.