A year after Comcast debuted its operating system for the connected home, now branded xFi, the cable company is today introducing a vastly expanded set of features for the platform and announcing plans to make home automation services available to more than 15 million customers with compatible WiFi gateways.

The move untethers smart home capabilities from Comcast Corp. (Nasdaq: CMCSA, CMCSK)'s Xfinity Home service, which is first and foremost a managed home security offering. While there are approximately 1 million Xfinity Home subscribers, many millions more are Comcast Internet customers with xFi-capable equipment. With the new service launch, these customers will have the ability to control IoT devices in the Xfinity ecosystem, set rules for automated device behavior and coordinate activity between and among devices with a single command.

Comcast is kicking off its latest smart home service with dozens of hardware partners, including August, Honeywell, Lutron, Nest and many more. At launch, the service will only support WiFi communications and will not work with other IoT protocols such as Zigbee and Z-Wave (although the Xfinity Home service still supports those technologies). Customers will be able to control their smart home devices through X1 set-tops and voice remotes, computing devices on an xFi home network and Xfinity Mobile, the Comcast mobile service launched in 2017. 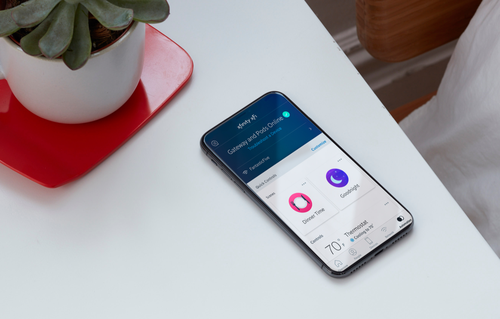 This isn't the first time Comcast has tried to make home automation service stand on its own apart from home security. In 2013, Comcast had two separate offerings, Xfinity Home Control and Xfinity Home Secure. But both the technology and the market landscape were significantly different back then. (See Icontrol Rubs Its Touchstone.)

"The Xfinity Home Control product was a trial just to help us understand how that would work. But a couple of things with that product -- it was probably a couple of years too early in terms of the marketplace, and it was limited by the capabilities that we could do in regards to our ... Icontrol partnership at the time," explains Eric Schaeffer, SVP and general manager at Comcast Cable.

He points out that the original service came before Comcast acquired PowerCloud in 2014 for its WiFi management capabilities, before it bought Icontrol's software in 2016, and before it scooped up Stringify just a few months ago. (See Comcast Sweeps Up PowerCloud and Comcast, Alarm.com Swoop in on Icontrol.)

The Stringify acquisition, in particular, is critical to the enhancements that Comcast is bringing to its smart home offering. The Stringify technology powers cloud-based rules that let users do things like say "Good Night" and have the system automatically turn off lights, turn the temperature down and arm the home security system. It can also provide recommendations for new rules based on user behaviors.

"In the short term," comments Schaeffer, "we'll be able to recommend rules -- and this is the early part of 2018 -- based on like customers who have like devices ... and then over time what we'll do is integrate this into our AI platform, which we'll talk a little bit about later ... how we're going to use that to enhance everything from our cameras all the way up to how we figure out how to create rules in real time for folks."

Schaeffer also compares Stringify to IFTTT, the if-this-then-that system that lets consumers program devices and software to react to specific actions. Comcast plans to support many more devices and technologies with the help of Stringify in the months and years to come, including wearables, connected cars, social media platforms and more.

In hypothesizing about the future, Schaeffer says, "What I expect will happen is there will be a combination of sensor inputs, something we're thinking about in terms of sensor fusion where you're able to bring together not just devices, but also devices and their states to improve the accuracy or the results a customer would get out of their rules and automation."

The exact IoT roadmap is still yet to be determined, but Comcast's early plans hint at the breadth of its ambition. Comcast doesn't want to be just your broadband company. It wants to provide your operating system... for Internet service, TV, smart home and more.

For more on Comcast's smart home developments, check out this video interview from CES: