Hans Vestberg's six and a half years in charge of Ericsson were probably some of the most disastrous in its 140-year history. It not only suffered a catastrophic loss of market share to China's Huawei but also ran its expeditionary Viking ship aground on the razor-sharp reefs of TV, media and the cloud. Then there was the not-insignificant matter of bribing government officials across a swath of countries, the details of which emerged only after Vestberg's departure. His reward for the sabotage and sloppy oversight was a 25% pay rise in 2016, his final year in charge, when Ericsson's share price sank 31%.

But that reward of $7.8 million (at today's exchange rate) looks paltry compared with what came next. Joining Verizon as chief technology officer in April 2017, Vestberg had worked his way up to the CEO job by August the following year. His predecessor, Lowell McAdam, was to inspired management what Vladimir Putin is to world peace, having previously bet $9 billion on acquisitions of AOL and Yahoo, two arthritic Internet firms. Since Vestberg took over, Verizon's share price has dropped 15% and the new boss has trousered more than $57.5 million in total compensation. 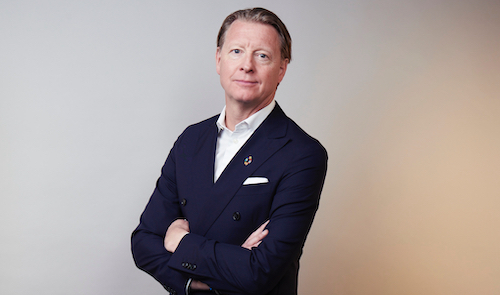 Last year's roughly $20.3 million marked a 12% increase on his cut in 2019 and is more than 2.6 times what he collected for his final year at Ericsson, using today's exchange rate. The shocker, for Swedes and other Europeans, is that Vestberg is no outlier. While Europe has its fair share of fat-cat bosses, America's are morbidly obese. And they include telecom executives whose performance records are just as lousy as Vestberg's.

The way this pay disparity best reveals itself is via calculating the pay ratio between the CEO and the average worker, something US and various other authorities now require companies to show. Vestberg's bulging wallet would seem less offensive if a typical Verizon employee collected roughly a few hundred thousand dollars each year. Only people who cite Das Kapital as their favorite book seriously expect there to be any kind of equivalence.

What Verizon had to admit in the latest proxy statement it filed with the US Securities and Exchange Commission in late March is that its pay ratio currently equals about 166:1. In other words, Vestberg's total haul in wages, stock options and other benefits is 166 times the median remuneration at Verizon. That figure, accordingly, is precisely $122,492. Let's remember, in this assessment, that vast numbers of Verizon employees will be on substantially less.

Next to some other US companies, this does not seem egregious. Top of a ranking compiled last year by the American Federation of Labor and Congress of Industrial Organizations (AFL-CIO) is clothes company Abercrombie & Fitch, whose outrageous pay ratio of 6,565:1 suggests other bosses are leading spartan lives. Median worker pay at Abercrombie & Fitch, however, is just $1,820 (no zeroes are missing there), meaning CEO Fran Horowitz makes about $12 million annually.

Table 1: CEO compensation and pay ratios at European and US telcos

Chief offender in the telecom sector is likely to be Mike Sievert, who even grew a beard last year to make him look more sagacious and deserving of a $22.6 million package. On this basis, T-Mobile's boss makes 312 times as much as the median remuneration of $72,572. Intriguingly, he also makes three times more than Timotheus Höttges, who, as CEO of T-Mobile parent company Deutsche Telekom, is Sievert's putative boss. At least T-Mobile's share price is up a quarter since May 2020, when Sievert took charge.

The same cannot be said for AT&T and John Stankey, its appropriately named CEO. Heavily involved in the failed $85 billion takeover of Time Warner that left such a stench in shareholder nostrils, Stankey pocketed $24.8 million in overall compensation last year, 18% more than he claimed in 2020. Meanwhile, AT&T's share price dropped 11% in 2021 and its headcount fell by 28,160 jobs as Stankey tried to slash costs. The pay ratio works out at 231:1 and has grown from 227:1 the year before.

But lots of investors were brought into discussions about AT&T's executive compensation program, as AT&T points out in its response. And the disparity between Europe and the US, if not quite as extreme as the complaint suggests, is striking. The UK's BT, which also publishes these figures, paid its CEO 63 times the median remuneration last year. At rival Vodafone, the figure was 88. Some of Europe's telcos report much smaller gaps. Proximus in Belgium has a pay ratio of just 13:1 and its CEO makes only 27 times as much as its lowest-paid employee.

Does the US get a better class of CEO in exchange for these riches? Only a madman would categorize Vestberg and Stankey as superior to Europe's current crop of telco bosses. As for Sievert, he seems a capable manager but one still cruising in the slipstream created by John Legere, perhaps the only outstanding leader the US telco sector has seen this century.

Publishing these numbers, often at the behest of authorities, draws attention to a wealth gap that appears much worse in the US than it does in Europe. Whether it needs fixing, and how that could be done, are another matter entirely. Most investors possibly do not care about the sums involved provided management is effective. Tougher regulation is hardly desirable and would risk driving talent elsewhere.

Now these figures are out in the open, the danger for AT&T, T-Mobile, Verizon and other big brands is that egregious pay disparity becomes nearly as toxic as institutional racism or sexism. At a time of sharply rising costs, when many ordinary people are struggling to afford essential items, paying the top manager several hundred times as much as the average employee smacks of Victorian-era unfairness. It is not a good look.

Like what we have to say? Click here to sign up to our daily newsletter
COMMENTS
Newest First | Oldest First | Threaded View
Add Comment
Be the first to post a comment regarding this story.
EDUCATIONAL RESOURCES
sponsor supplied content
eBook: Monetize the Enterprise - 6 Ways to Capture the B2B Opportunity
eBook: The 3 Key Digital Mediation Challenges - And How to Solve Them
Case Study: APAC CSP Boosts Efficiency of Enterprise Operations with CSG
vRAN Value Proposition and Cost Modeling
Educational Resources Archive
More Blogs from Morris Lore
Public cloud holds perils, and don't expect an 'open' RAN with it