Ice Group, the third mobile operator in Norway, said it has captured a 10% share of the mobile market after five years of operation and is targeting a 20% market share in the medium term with the aim of reaching 25% in the long term.

Ice, which gained 4G spectrum in 2013 and acquired Network Norway from Telia in 2015, has been on a mission to break the longstanding duopoly of Telenor and Telia.

According to CEO Eivind Helgaker, the group is now well on track following an improvement in support and regulation for the buildout of the third mobile network. "Our entrance in the mobile market has shown Norway the importance of healthy competition," Helgaker said.

Ice was also unable to escape the effects of COVID-19, which hurt retail sales in the quarter. However, Helgaker said the group increased digital sales to compensate for some of the losses caused by store closures. Total revenue increased 18% to NOK497 million ($56 million). Adjusted EBITDA in the quarter was NOK2 million ($227,000), up from minus NOK46 million ($5.2 million) in Q2 2019. 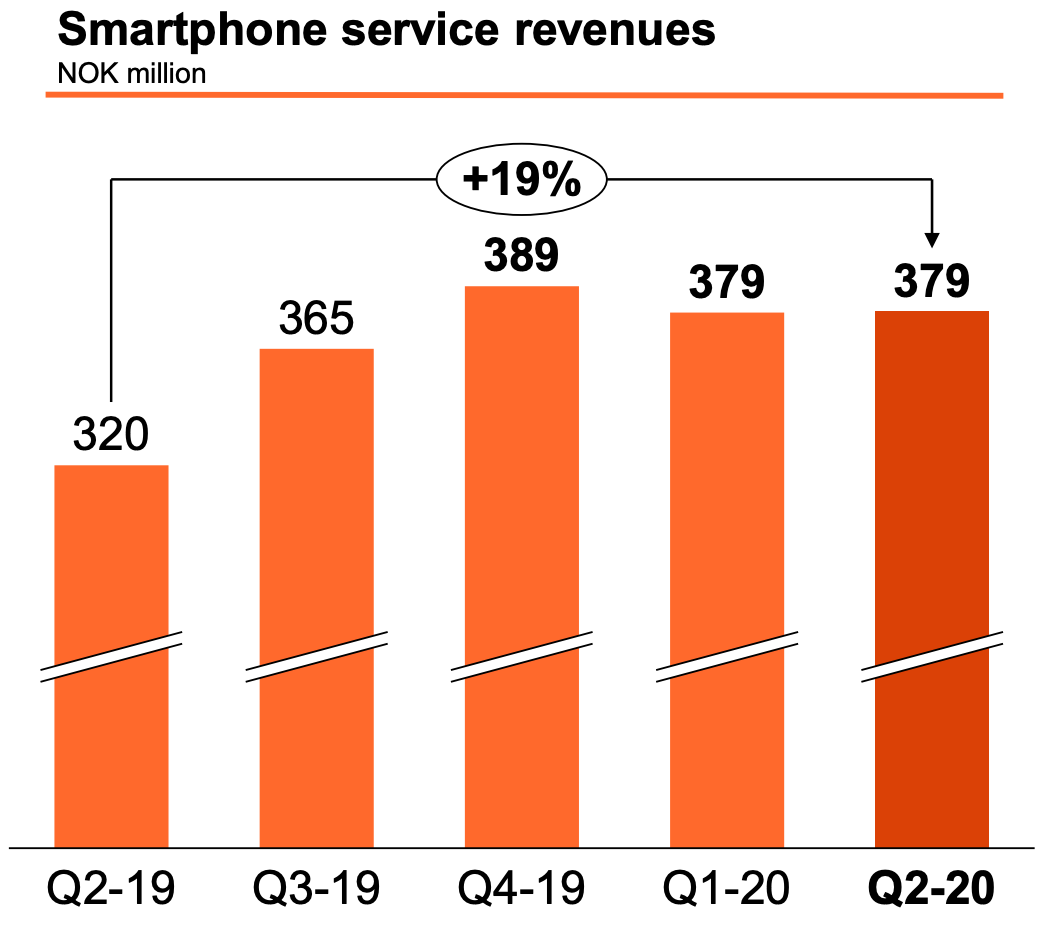 Ice essentially replaced Tele2 Norway as the third operator when Tele2 sold its Norwegian operations to TeliaSonera in 2015 after failing to secure spectrum in Norway's 4G auction in 2013. Telia then sold Tele2 assets in the form of the Network Norway customer base to Ice. Ice Group is part of Access Industries, a privately held industrial group founded by Len Blavatnik.

In terms of its network build, Ice now has close to 2,500 sites in operation and said it aims to build 1,000 basestations in 2020 with capex of around NOK750 million ($84.9 million). It is also targeting a positive annual adjusted EBITDA in the full year. Other medium-term targets are for an adjusted EBITDA margin in the mid 30s in percentage terms.