Masergy CEO: How We'll Get to $1BN

Masergy's new CEO admits his company is seeing more competition in the managed services space from traditional telecom operators, but expects the privately held company to stay ahead of the market and has ambitious plans for much greater global scale.

James Parker brings both software and telecom expertise to the job he started in December, having worked significant stretches at Microsoft Corp. (Nasdaq: MSFT) and CenturyLink Inc. (NYSE: CTL) and most recently serving as chief customer officer at Tata Communications Ltd. . He stepped into the CEO role as part of a reshuffle that saw former CEO Chris MacFarland retain executive chairman duties but also become CTO, as Tim Naramore leaves that role, becoming an advisor to Masergy Communications Inc. .

When the change was announced last fall, expectations were set for Parker to grow Masergy, which is owned by Berkshire Partners, from a company with $306 million revenues in 2017 into a $1 billion firm. Achieving that scale is his biggest challenge, Parker says in an interview, but one he believes can be met. 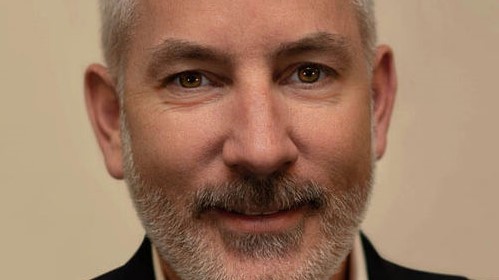 Masergy CEO James Parker has his sights set on annual revenues of $1 billion.

"My mandate for the board is very, very clear," he commented. "We want to drive scale in our business. We want to go and take market share and we're well positioned from our platform, from our automation, from our capabilities, to do just that. I think the market timing is perfect for us. There's more interest in views around software-defined networks... and we play extremely well in those spaces."

While every telecom operator on the planet is pushing into the SDN space, Parker says Masergy retains a significant advantage, based on the fact it has always had a software-based services platform, since Masergy doesn't operate its own physical transport network. The service provider was early to market with universal CPE, deploying technology that could be drop-shipped anywhere with functions added as software.

Masergy is now poised to be able to help its enterprise and mid-market customers expand their own businesses globally, managing hybrid network requirements without adding complexity, Parker says.

That is the role Masergy intends to take on, Parker says, leveraging a flexible, software-defined platform that can deliver a broad range of capabilities but do it cost-effectively. He acknowledges that will require significant R&D investment across the company, from its infrastructure to its sales and marketing organizations and its back office.

"When we look at scaling the business, it's typically never one department or one function, it's collectively having a system move somewhat together to get to that next scale point," he says. "So there's process modernization and different forms of automation within the systems that can drive scale."

There are already market-relevant products that Masergy is working to scale, including SD-WAN, its managed security services including Cloud Access Security Broker and its global Unified Communications as a Service offering, but there will be others, Parker says. Through all of that effort, the primary focus will be on retaining the high-quality customer experience for which Masergy has been known. The company received a net promoter score of 71 for 2018, compared to a 31 NPS for the telecom industry overall and claims a 99% customer retention rate.

"Our core value is this amazing customer experience," Parker says. "It's this platform of innovation and then wrapping this around with a secured and a managed risk environment. Many firms are approaching or aspiring to get to the position where we are today but we continue to innovate on top of our existing platform. We're certainly not going to slow down on the customer experience that we deliver. I think there's opportunities for us to evolve that to its natural next level and build technology on top of where we already have a differentiated offering and continue to advance that."

Parker admits some businesses are still looking at digital transformation as primarily a way to reduce their costs of doing business and squeeze out more productivity. "Often that's the first thing they want to know -- how they can take out cost -- but we are also seeing them begin to focus on finding new revenue streams."

Mikesgv 1/10/2019 | 6:26:32 PM
Interesting article! I've been following Masergy for years and they are doing some great work within the space of Hybrid Networking and Enterprise Security. Wish James and the rest of the team the best of luck, getting to $1B will definitely be an amazing challenge they can certainly accomplish!
Reply | Post Message | MESSAGES LIST | START A BOARD
EDUCATIONAL RESOURCES
sponsor supplied content
Case Study: Vodacom Partners with Intelsat to Deliver Rural Cellular Services in the DRC
The State of Global Broadband Connectivity Infographic
Expanding Into New Markets? 5 Considerations to Do It Profitably
Its HERE- the Missing Piece
Educational Resources Archive
More Blogs from CxO Spotlight
NCTC CEO leads organization on 'The Great Pivot'