The American journalist PJ O'Rourke once wrote a book called "Holidays in Hell," describing his experiences as a foreign correspondent in some of the world's most unsavory places. If a "Telecom in Hell" equivalent were ever commissioned, Norway's Telenor would be a good candidate author. Its eastern foray has rarely sounded either fun or lucrative, exposing staff to maddening government officials, aggressive local partners and even the gunfire of a military coup.

The latter marked a low point in its Asian adventure and came as recently as February when Myanmar's recidivist army decided once again that democracy is wrong. That was a nightmare for Telenor, which had piled into Myanmar in 2014 while army chiefs were fooling Western governments and investors with a show of extending some freedoms to ordinary people. Jon Fredrik Baksaas, Telenor's CEO at the time, drooled over his earnings statement at the prospect of "vast untapped growth potential."

Seven years later, as bullets rained down on protestors, Telenor was writing off about 6.5 billion Norwegian kroner ($720 million) on its Myanmar operation. This month, it sold the entire business for a paltry NOK900 million ($99.5 million) to M1 Group, a Lebanese company with fewer qualms about operating in a country run by uniformed killers. Myanmar has cost Telenor about NOK5.3 billion ($590 million) in total funding since 2014 and shelled out just NOK3.2 billion ($350 million) in dividends. So much for vast untapped growth potential. 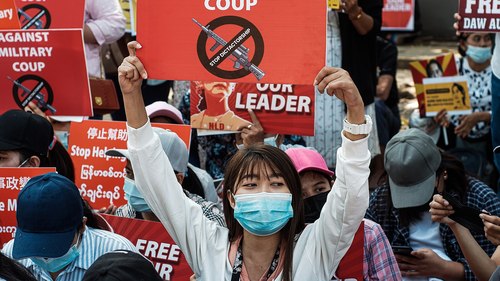 Protestors in Myanmar after the military coup.

Myanmar might be Telenor's worst recent bet, but it is by no means its only foreign misfortune. Alongside various other goggle-eyed European investors, it marched into India back in 2008, snapping up a 60% stake in Unitech Wireless, a local player, and buying licenses to operate. That was before officials turned nasty and began raiding foreign investors for cash while doling out favors to Reliance Jio, an Indian firm owned by local boy and alleged government crony Mukesh Ambani.

Telenor wrote off NOK3.9 billion ($430 million) in 2012 after regulators canceled licenses it had been awarded in 2008, citing "irregularities" in the process. They still wanted payment for the licenses, though  a demand that led to years of costly courtroom action. Telenor eventually sold its Uninor-branded business in 2017 to Bharti Airtel, one of three operators that have survived the rampage of officialdom. The Norwegians must have sat next to other bruised and bloodied investors on the flight out of India, sharing war stories over G&Ts. 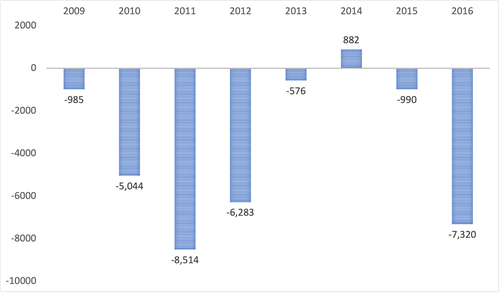 How much did this trip cost? Between 2009 and 2016, when Telenor was breaking out India results in quarterly earnings statements, Uninor's operating losses totaled NOK28.8 billion ($3.2 billion). It never said precisely how much Airtel paid for the rancid meat of Uninor  given the non-disclosure, it was probably just enough to secure a few samosas for the flight home.

This does not even touch on Telenor's historical dispute with Altimo, an investment firm owned by Russian oligarch Mikhail Fridman. Dating back to the early years of the century, and fought largely in Ukraine, it was not properly resolved until Telenor sold its final stake in VEON, a mainly Russian operator under Fridman's control, in late 2019. Exiting that business, and selling assets in central and eastern Europe, shrank Telenor's footprint even more.

Investors are in no panic about the shrinkage. At the start of 2017, when it sprawled across parts of Europe and Asia, Telenor traded at NOK130.60 in Oslo, made about NOK131.4 billion ($14.5 billion) in annual revenues and recorded a net profit of about NOK2.8 billion ($310 million). Today, at the time of writing, it was trading at NOK153. Despite retrenchment, it managed sales of nearly NOK123 billion ($13.6 billion) last year, and profits of more than NOK17 billion ($1.9 billion).

Still, after its misadventure in Myanmar and other market difficulties, the figures for the just-ended second quarter are not pretty. Reported sales fell 6%, to about NOK27.2 billion ($3 billion), and net income halved, to just NOK2.2 billion ($240 million), compared with the year-earlier quarter. The wonder is that executives remain enthused by Asia. In fact, they have raised their full-year sales guidance from a flattish outlook previously to one of modest growth  and all based on optimism about markets thousands of miles away.

The latest Asian scheme is a planned merger of Telenor's Malaysian business with assets owned by Axiata. It follows the earlier collapse of talks between Telenor and Axiata about a much larger venture and will leave each company with a 33.1% stake in the new-look and publicly listed business, down from Telenor's current 49% stake in Malaysia's Digi.

But analysts sound wary. "Surely some parameters change when India doesn't work and Myanmar doesn't work and obviously there were past situations where you were forced to reduce stakes in Malaysia and Bangladesh," said Ulrich Rathe, an analyst with Jefferies, on the earnings call with Telenor earlier today. "Would you not say the assessment of risk for these sorts of project is changing?"

Telenor's answer to that question appears to be no. "We see the potential for the next growth wave and that potential is people moving to data consumption and the B2B opportunity," said Sigve Brekke, Telenor's CEO, in response to Rathe. "You should look at that merged entity being able to take a clear market lead and be well-positioned for future growth."

What's more, he sounds unrepentant about Telenor's entry into Myanmar. "I think you cannot compare India and Ukraine with Myanmar. Myanmar was actually a very profitable business. We were quick going into positive cash-flow generation and had a very good EBITDA margin and all that went very well until the military takeover on February 1."

Telenor is hardly the only European operator to have returned from foreign lands with a telecom-in-hell story. Scandi rival Telia, notably, tried digging for treasure in central Asia and became mired in corruption. But the analyst point remains valid. Military takeovers, endemic corruption and civil unrest are not typical worries in Nordic countries. And those look more important now than ever  generating 47% of group revenues in the recent quarter, up from 35% at the start of 2017.

On top of everything else, Telenor's Asian markets are now suffering a third wave of coronavirus outbreaks. Brekke remains upbeat because those countries quickly recovered following earlier waves. But even if they do, neither Thailand nor Pakistan  two of Telenor's largest Asian markets  is a bastion of democratic stability. After all the bad, multi-billion-dollar bets, investor skepticism would be warranted.

Like what we have to say? Click here to sign up to our daily newsletter
COMMENTS
Newest First | Oldest First | Threaded View
Add Comment
Be the first to post a comment regarding this story.
EDUCATIONAL RESOURCES
sponsor supplied content
eBook: Monetize the Enterprise - 6 Ways to Capture the B2B Opportunity
eBook: The 3 Key Digital Mediation Challenges - And How to Solve Them
Case Study: APAC CSP Boosts Efficiency of Enterprise Operations with CSG
vRAN Value Proposition and Cost Modeling
Educational Resources Archive
More Blogs from Morris Lore
DTW 2022: Telecom fear and loathing in Copenhagen