After nine years as the high-flyer of the Google X lab, Alphabet has brought the Loon project down to earth.

Loon's journey "is coming to an end," its chief executive Alastair Westgarth wrote this morning. "We haven't found a way to get the costs low enough to build a long-term, sustainable business," he said. The "road to commercial viability has proven much longer and riskier than hoped," explained X's head Astro Teller.

Loon aimed at providing Internet access to rural and remote areas, creating wireless networks with up to 1 Mbit/second speeds using high-altitude balloons at altitudes between 18 and 25 km (11 and 16 miles). 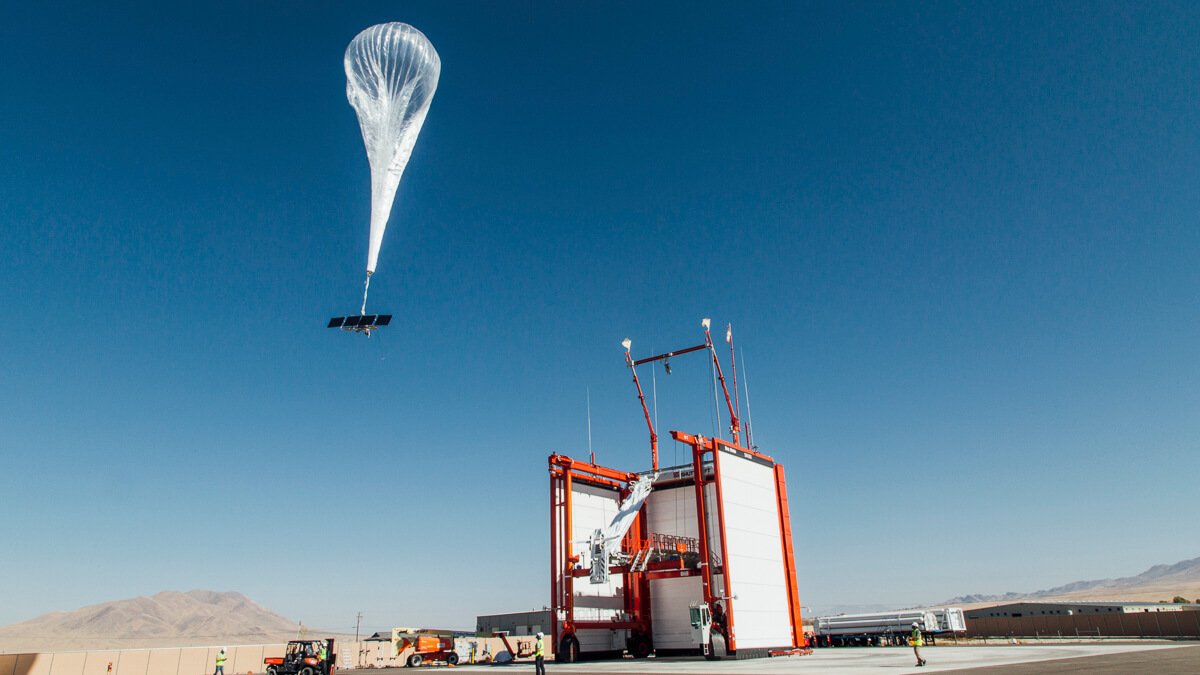 Controlled descent: Loon's internet enabled balloons have been called back to base as the project goes pop.
(Source: Loon)

Users connected with a special antenna attached to their building. The balloons passed an LTE signal balloon to balloon, to a ground-based station connected to an Internet service provider. To connect to users, balloons carried an eNodeB component, acting as a base station.

It had forged its first commercial agreement in 2018 with Telekom Kenya, though not without some criticism that its service would constitute a monopoly in rural areas not served by other providers.

In closing down this pilot service in Kenya, Loom said it would pledge $10 million to Kenyan non-profits and businesses offering "connectivity, internet, entrepreneurship, and education."

Only in 2019, Loon formed another partnership with SoftBank Group which resulted in a $125 million investment. In fact, one of the few players remaining in the aerially delivered network space is HAPSMobile, SoftBank's joint venture with US company AeroVironment.

Facebook's efforts have likewise stumbled, with Mark Zuckerberg's company deciding in 2018 to ground Aquila, its gigantic, solar-powered drone designed to deliver Internet by laser. "Surprisingly, it's just not practical," drolly commented Techcrunch. Instead, it is efforts to beam the net from satellites that seem to be meeting with higher-flying fortunes.

Starlink, the satellite network being built by Elon Musk's SpaceX, appears to be making fast progress  with 800 satellites, including 60 launched in November.

Its launch of services in the rural UK this month is bad news for OneWeb  which only just emerged from bankruptcy in November with new owners, the UK Government and Bharti Global. Analysts, though, think neither will provide too much of a threat to established Internet providers in urban areas.

For all that was innovative about its technology, Loon never turned a profit, and the company was tight-lipped about precisely how many users it ever had. It was never a matter of providing free Internet to the masses, but instead, of amplifying the reach of existing telecoms companies to rural populations, via the balloon network. Once connected, clients paid for the Internet, just like anybody else. It just seems there were not enough of them who did.

Its technical advances concerned a type of ballet, using its software system to predict how weather events could move its balloons, then adapting the balloons' height in accord with wind currents to manipulate their position. The balloons usually lasted a few hundred days, after which they were directed to a landing zone  though the landings weren't always as accurate as its engineers would have hoped.

In 2013, a sheep farmer from New Zealand became the very first person to get Internet from a balloon up in the stratosphere, recounts Loon employee Obi Felton. Fifty local users around Christchurch and the Canterbury region tested connections to Loom's aerial network after 30 balloons were launched from the Tekapo area in the South Island. There were also non-commercial tests in Puerto Rico and Peru, following natural disasters, before its first commercial deployment in Kenya.

Along the way, some balloons crashed in rural Uruguay, and accidentally created a love story. So the balloons may be winding down. But as well as a technological legacy, Loon leaves the relationship which ensued between Kevin Armstrong, an air force helicopter pilot sent to retrieve a downed balloon, and Micaela Noblia, on whose parents' ranch it had landed.