Frontier Communications' fiber focus bore more fruit in the fourth quarter of 2021, as the company announced it tacked on a record 45,000 fiber-powered broadband customers in the period. That total marked a 50% boost over Frontier's prior record of 29,000 net fiber customer adds in Q3 2021.

Those Q4 fiber gains were better than the 31,000 that Wall Street analysts were expecting, as well as the 33,000 expected by New Street Research. 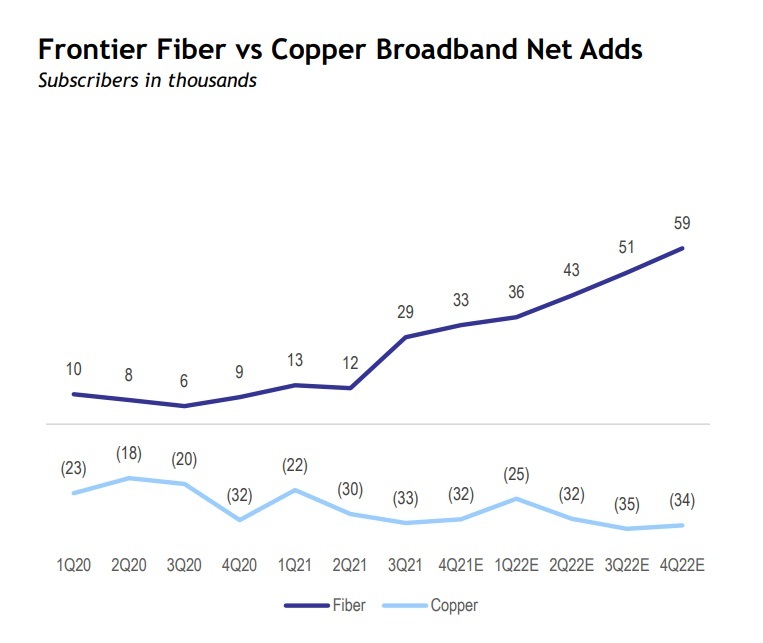 It marked the first time in more than five years that Frontier has posted total broadband subscriber growth in a quarter, Scott Beasley, EVP and CFO at Frontier, said Wednesday at the Citi AppsEconomy Conference.

"We expect total broadband subscriber growth to remain positive going forward," New Street Research said in a research note. "These trends should help ease fears that slower growth at Cable stems from secular pressures that might impact Frontier too."

The Q4 subscriber gain is another proof point that Frontier's ambitious fiber-to-the-premises (FTTP) upgrade and buildout plan is starting to pay dividends just eight months after the company emerged from bankruptcy.

Frontier's Wave 3 segment includes about 5 million locations that won't be built out during Wave 1 and 2, and includes some areas where it's not particularly financially attractive to build fiber. Frontier is considering several options for Wave 3, including supplemental government funding, working with partners and potential divestment or swap scenarios.

"We have a range of options there [for Wave 3] and we're evaluating those now," Beasley said.

"Early indications are that we're right on track there," Beasley said, noting that some of Frontier's small, early builds in adjacent areas have already generated penetration rates of 30% or more. Those results, he said, give Frontier confidence that its 12-month penetration targets are achievable.

He's not overly concerned that inflation will impact Frontier's plan to build the Wave 2 footprint at a cost of $900 to $1,000 per location. Frontier is doing what it can to manage costs and has multi-year deals with suppliers that should help to keep those numbers in check, he said.

Still a 'no' for an MVNO

Beasley also stood by Frontier's past position that developing an MVNO to help boost its broadband business  such as what Comcast and Charter Communications are doing with some success  is not currently in the cards. But the door's not shut either.

"Across the board, we have the right skill set that if we needed to develop an MVNO, I think we could do it well and we could do it quickly," he said. "We haven't seen that the existence of a wireless offering helps drive gross adds for broadband." 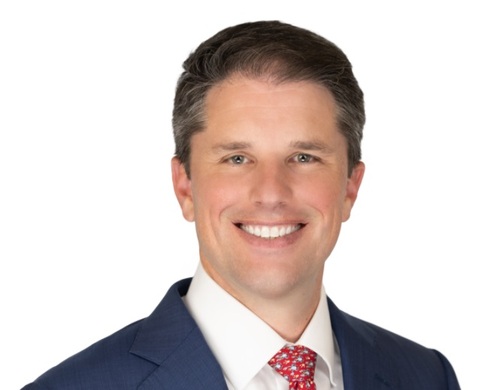 Frontier has no immediate plans to add mobile to the bundle by striking an MVNO deal, but the company can 'pivot quickly' if the market demands one, Beasley said.
(Image source: Frontier Communications)

But if that consumer behavior changes, "we can pivot quickly," Beasley added.

It may not have to pivot too far to find a willing partner. AT&T, a company that's been eager to strike new MVNO deals, recently signed a pact to tap into Frontier's fiber networks to support AT&T's 5G deployment.

Not sweating FWA and satellite broadband

Shifting to competition, fixed wireless access (FWA) rivals have not left much of a mark on Frontier, which offers 1-Gig today over fiber and plans to launch a 2-Gig product in the first half of 2022. Its core network is 10-Gig-capable and the company has already tested 25-Gig on parts of the network.

"I don't think fixed wireless has the capacity to compete with that core infrastructure. It will be competitive in certain niches of the market," such as ultra-dense urban areas and within multiple-dwelling units, Beasley said.

It's a similar story for broadband satellite, including new low-Earth orbit-based services such as Starlink, he added.