Advertisers normally follow a crowd, but major brands are fleeing Facebook and its billions of users. Worried about the risks to their reputational health, 168 companies, including US telecom giant Verizon, had performed online social distancing by June 28. Today, the exodus included more than 650.

The boycott stems from a growing backlash against Facebook's resistance to policing the content that appears on its site. Activists want the social network to be more censorious, insisting it profits from "hate." Facebook has defended its laissez-faire approach on free-speech grounds. "Exposing it to sunlight is better than hiding it in the shadows," said Nick Clegg, its communications guru (and former deputy prime minister of the UK), in a blog on July 1.

Although some businesses have taken a principled stance, others are mainly concerned about brand damage if adverts appear next to controversial content. Microsoft, one of Facebook's largest advertisers, has joined the walkout alongside other big spenders like Starbucks and Pfizer. HP, SAP, Siemens, Viber, Mozilla and OneSignal are among the tech firms involved. 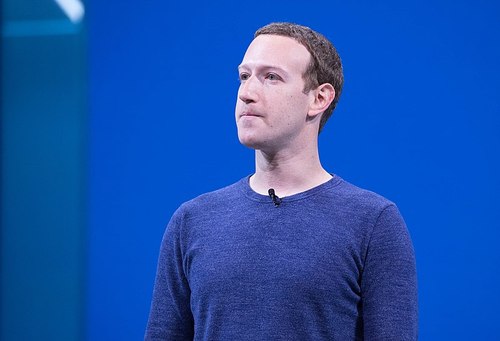 Facebook CEO Mark Zuckerberg is under renewed pressure over his stance on free speech.

But Facebook probably has less to worry about than most of its advertisers. Unable to mingle with friends and colleagues in the real world during the coronavirus pandemic, people have been doing it on Facebook instead. Its number of daily active users increased by 170 million in the first three months of the year, to about 1.73 billion. Audiences of that size are hard to find elsewhere.

Most businesses know it, too. Facebook has about 8 million paying advertisers, according to MKM Partners, and generates most of its revenues from small and midsized firms. As the world's largest advertiser, Procter & Gamble, which has said it will "pause" advertising on Facebook, accounts for less than 0.5% of the social network's sales, according to Rohit Kulkarni, an MKM Partners analyst.

In any case, due to the impact of the coronavirus impact, many leading advertisers were planning to cut expenditure in the second half of the year, says Kulkarni. Joining the anti-Facebook protest may therefore have been an expedient move and one that is unlikely to affect previous analyst forecasts. In a research note dated June 29, before the boycott had grown, Kulkarni estimated the short-term sales risk at less than 5% of revenues.

The market is hardly panicking, either. Facebook's share price gained 4.62% on July 1, closing at $237.55 on the Nasdaq. That reversed a decline on June 26, when the stock lost about 8% of its value. The share price has gained about a fifth since this time last year. That of Unilever, a top-100 advertiser to have joined the boycott, is down 13% over the same period.

It was Paul Polman, a former Unilever CEO, who this week reportedly said Facebook would be heading for the "graveyard of dinosaurs" if it did not change its practices. But the same might be said of brick-and-mortar companies that refuse to engage with billions of consumers online because a minority have something unpleasant to publish. So far, there is no evidence that "hate speech" has persuaded users to abandon Facebook or other platforms.

Technology could fix the problem for many corporations if Facebook can rise to the challenge. More sophisticated algorithms could ensure adverts do not appear alongside content of a controversial nature. When posts are unequivocally designed to whip up outrage and incite violence, Facebook already removes them, said Clegg in his blog. "Last month, we reported that we find nearly 90% of the hate speech we remove before someone reports it  up from 24% little over two years ago," he wrote.

The main risk to the company probably comes from regulation. As protests mount, politicians could rush to pass new censorship laws and impose restrictions on Internet firms, which are already under threat as perceived monopolies in some markets. That might initially satisfy some of the boycotters, but it could be off-putting for consumers. Ultimately, no advertiser would benefit from a dwindling crowd.

Like what we have to say? Click here to sign up to our daily newsletter
Related Stories
COMMENTS
Newest First | Oldest First | Threaded View
Add Comment
Be the first to post a comment regarding this story.
EDUCATIONAL RESOURCES
sponsor supplied content
MONETIZE THE ENTERPRISE-6 WAYS TO CAPTURE THE B2B OPPORTUNITY
THE 3 KEY DIGITAL MEDIATION CHALLENGES - AND HOW TO SOLVE THEM
APAC CSP BOOSTS EFFICIENCY OF ENTERPRISE OPERATIONS WITH CSG
vRAN Value Proposition and Cost Modeling
Educational Resources Archive
More Blogs from Morris Lore
Open RAN will struggle to fit in, despite Euro telco demands