Social networks have been described as the town squares of the online age, somewhere people can meet, exchange opinions and sell their wares.

The analogy is not entirely accurate. Medieval town squares were noisy places full of discord and vulgarity. Yet most people probably knew how to behave themselves, tolerate the contrarians and ignore the offensive. It is hard to imagine any market square boycotted  as Facebook has been  by traders who took umbrage at someone's views.

Twitter sometimes feels more like a vomit-stained nightclub whose guests are in a perpetual punch-up on the dancefloor. Under pressure to clean up, its bouncers are becoming increasingly interventionist.

But the more sedate Facebook has stubbornly resisted calls for heavier policing. During a session in front of US lawmakers this week, CEO Mark Zuckerberg is reported to have said Facebook was "not going to set our content policies because of advertisers," more than 1,000 of which  including big-name brands like Starbucks, Unilever and telecom giant Verizon  have joined a boycott. 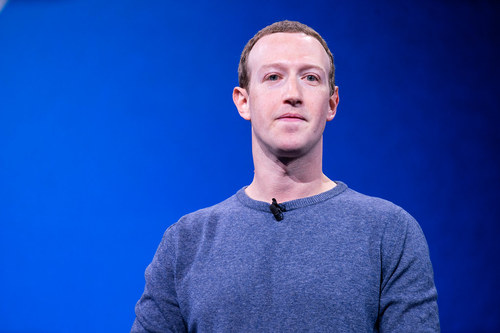 Facebook's Mark Zuckerberg is not universally loved, but he is right to resist a boycott.

Zuckerberg is not an easy man to like. In the movie The Social Network, he was depicted as a ruthless personality who stole ideas and shafted one of his oldest friends. He presides over one of several tech giants whose global influence and power is unnerving. With its billions of subscribers and vast trove of personal data, Facebook seems on a mission to know everything about everyone  and use that to its advantage.

But on the issue of content policing, Zuckerberg is right, as Facebook's latest results show.

Hate speech or just a different view?
The first thing to note is that Facebook does not tolerate everything. Content it classifies as "hate speech" is removed under its current policy. That covers the sort of obscene images and propaganda distributed by groups such as Al Qaeda and Islamic State, and means Facebook is already on the right side of the law in the countries where it operates.

On this measure, the European Commission thinks Facebook does a better job of assessing so-called hate speech than either YouTube or Twitter. Facebook itself claims it now removes 90% of this content before it is even reported, up from just 24% about two years ago.

What it refuses to do is sanction content that Nick Clegg, its head of communications (and former deputy prime minister of the UK), calls "hurtful, divisive, offensive speech." The best way to counter that, said Clegg in a recent blog, is through more speech. "Exposing it to sunlight is better than hiding it in the shadows."

Figures published last night show that Facebook cannot be held to ransom on this point of principle by a group of mainly big advertisers that mistakenly think too much free speech is bad for business.

Revenues for the second quarter were up 11%, to nearly $18.7 billion, and net income almost doubled, to about $5.2 billion, compared with the year-earlier quarter. While sales growth would be higher without the boycott, it is likely to fail because Facebook remains a critical marketplace for about 9 million smaller advertisers, which desperately need to connect with Facebook's huge and diverse user base.

As the big brands pile out, users are thronging the platform, too. Facebook's number of daily active users rose 12%, to 1.79 billion on average for the month of June. The number using it on a monthly basis was up by the same percentage, to around 2.7 billion. Lockdowns and social distancing have driven usage as people substitute online collaboration for physical meetings.

"We're proud that people can rely on our services to stay connected when they can't always be together in person," said Zuckerberg in his published statement about the results.

No Ben & Jerry's for Trump supporters
The boycotters probably fear a backlash if their advertising appears next to potentially offensive content. But this could feasibly mean commentary by divisive politicians, including America's own democratically elected president. Censorship of this content would entail picking a side. That could alienate the hundreds of millions of Facebook subscribers on the other side who still enjoy Starbucks lattes, slurp Ben and Jerry's ice cream and use Verizon phones. The boycotting brands have clearly not thought this through.

Or perhaps there are some customers they no longer want to serve? This would be an unusual way to run a business, and one that is bound to concern shareholders, some of whom might also have divisive opinions. It is, however, what the boycott logically implies. Facebook is nothing without subscribers. If it is unacceptable as a platform, some of its subscribers must be unacceptable, too.

The next step, logically, is to start canvassing people as they arrive at Starbucks cafes, refusing cappuccinos to anyone who thinks differently from CEO Kevin Johnson. Ben & Jerry's should rationally be withholding ice cream from Trump supporters. Verizon should disconnect customers it finds offensive.

None of that will happen, of course, because the big brands are not only wrong but hypocritical. Facebook's 2.7 billion monthly users seem to have realized something Starbucks, Unilever, Verizon and other billion-dollar corporations have not  that it is possible to occupy the same platform as individuals with disagreeable views. It has been happening since the days of the medieval town square.

Like what we have to say? Click here to sign up to our daily newsletter
Related Stories
COMMENTS
Newest First | Oldest First | Threaded View
Add Comment
Be the first to post a comment regarding this story.
EDUCATIONAL RESOURCES
sponsor supplied content
MONETIZE THE ENTERPRISE-6 WAYS TO CAPTURE THE B2B OPPORTUNITY
THE 3 KEY DIGITAL MEDIATION CHALLENGES - AND HOW TO SOLVE THEM
APAC CSP BOOSTS EFFICIENCY OF ENTERPRISE OPERATIONS WITH CSG
vRAN Value Proposition and Cost Modeling
Educational Resources Archive
More Blogs from Morris Lore
Google moves a step closer to running Vodafone