On the heels of filing an antitrust lawsuit against Google, the US government now looks on the verge of doing the same against Facebook.

After a year-long investigation, staff at the US Federal Trade Commission (FTC) have supported suing Facebook over its acquisitions of WhatsApp and Instagram, saying both moves were designed to head off competitive threats. 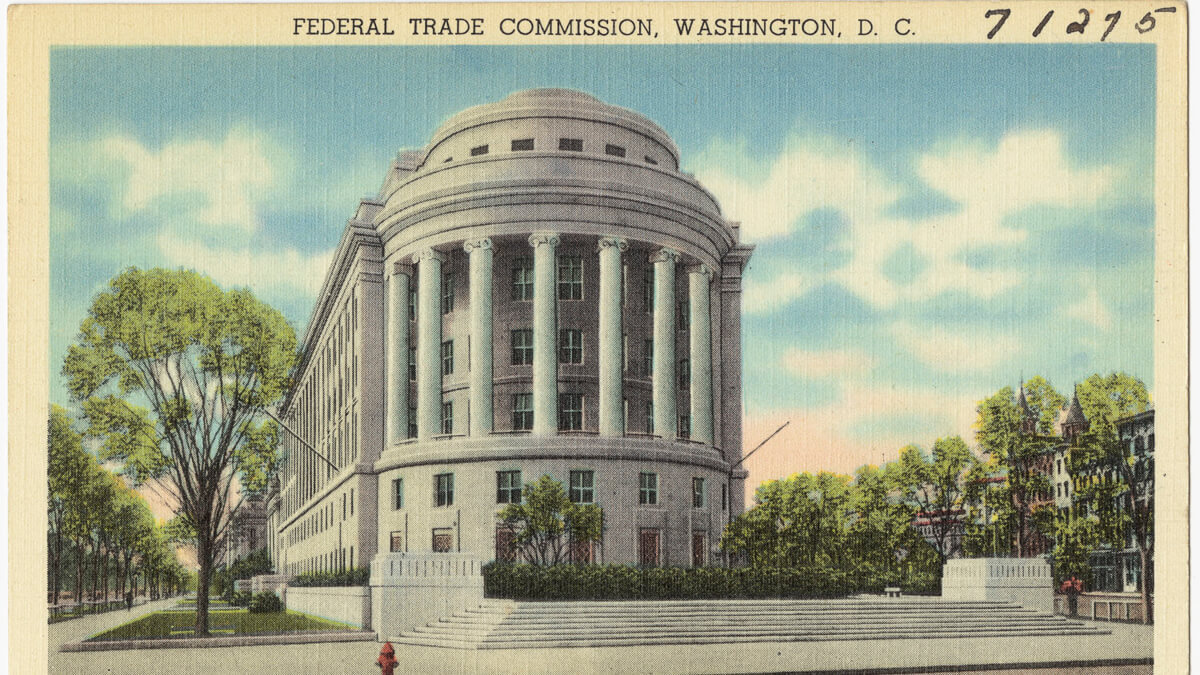 The big house: The fact the five Federal Trade Commissioners who will make the final decision on whether to file suit are Trump appointees is surely a coincidence.
(Source: Boston Public Library on Flickr CC2.0)

The next step rests with the FTC's five Commissioners, who met on Thursday to discuss the case.

All of them were appointed by the Trump administration, which has supported the recent legal moves against Silicon Valley giants.

Though the Republican party traditionally is opposed to heavy-handed regulation, in the context of the 2020 election, it is suspicious that companies like Facebook and Twitter are acting as gatekeepers, marginalizing political conservatives and religious evangelicals.

As well as reaching a decision about whether to sue the Menlo Park-based social media giant, the FTC Commissioners also could decide whether to do so in a federal district court or in its own administrative court.

Facebook purchased Instagram in April 2012, for $1 billion, and WhatsApp in February 2014, paying $19 billion. It purchased Oculus VR the following month, for $2 billion.

The FTC approved both decisions at the time, but has the power to revisit its past decisions if it later determines they were anticompetitive.

Facebook's chief executive Mark Zuckerberg has said most people would not consider Instagram a competitor to Facebook in 2012, and it was not guaranteed to grow to its current size.

He testified in July before the House Committee on the Judiciarys Antitrust Subcommittee, by weblink.

Though Big Tech's harshest critics call for the companies to be broken up, Facebook is more likely to find itself facing a fine or ongoing increased regulatory scrutiny.

Facebook is not the only Silicon Valley giant to find itself in the sights of government regulators.

The FTC imposed a $5 billion penalty on Facebook in July 2019 after the Cambridge Analytica scandal.

This was the largest fine ever imposed on any company for violating consumers privacy, and one of the largest penalties ever assessed by the US government for any violation, said the FTC.

The US Justice Department filed an antitrust lawsuit against Google's parent Alphabet on October 20, accusing it of anti-competitive tactics and a secretive deal with Apple.

Amazon also may face a possible antitrust action. In July 2019, the Justice Department said it was expanding its Big Tech investigation to include "some retail services online".

Legal challenges to Amazon likely would focus on claims the retailer competes unfairly with small sellers on its platform, and uses their information to inform its own manufacturing decisions.

About the money, money

Meanwhile Facebook has indicated that it plans to pursue a pay-for-service revenue route for WhatsApp aimed at enterprise customers, instead of focusing on advertising.

WhatsApp now charges some businesses several cents per message to access features through its API (an interface that allows other software platforms to access its functions).

These include communicating with customers about receipts and confirmation reminders through the app.

WhatsApp now plans to offer more API features, such as free storage, to coax more businesses to sign up for the API.

Facebook's intentions to enter the business communications market may cause mild disquiet among telcos that the tech giant has them in their sights next.

Facebook will report its earnings for the third quarter next week, on October 29.