White box switches sound great in theory, but they've never gone mainstream, despite years of advocacy. Now, a startup with great pedigree and a new, scalable operating system is looking to turn the networking market upside down with a new white box switch OS.

ArcOS is looking to topple vertically integrated companies that tie hardware and software closely together, including Cisco, Juniper and Arista. Instead, white box switches running the ArcOS operating system can run on merchant silicon from Broadcom, including the StrataDNX Jericho+ and StrataXGS Trident 3 chips. ArcOS uses standard APIs such as OpenConfig and YANG to make networks based on its switches fully programmable. 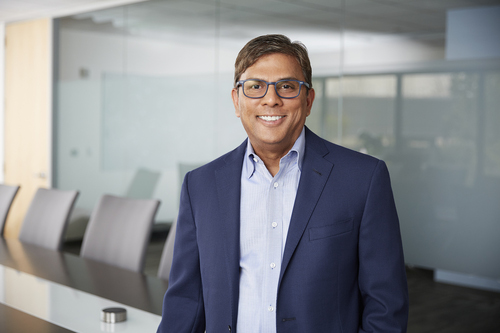 Devesh Garg, Arrcus co-founder and CEO
Now entering its fifth year, the 2020 Vision Executive Summit is an exclusive meeting of global CSP executives focused on navigating the disruptive forces at work in telecom today. Join us in Lisbon on December 4-6 to meet with fellow experts as we define the future of next-gen communications and how to make it profitable.

"The very fact that Cisco, Arista and to a degree Juniper have announced solutions for the disaggregated market, when they have the most to lose from this speaks to the efficacy and the credibility of the overall demand that they're seeing from the customer for this disaggregated, best-in-class approach," Devesh Garg, Arrcus co-founder and CEO tells Light Reading.

Arrcus counts its management team's pedigree as a competitive advantage. Garg was previously founding CEO of Tilera Corp., a processor company acquired by EZchip. He was president of EZchip, which was acquired by Mellanox. He was an early, pre-IPO employee of Broadcom, where he built a team and a business of about $500 million in three years. Co-founder and CTO Keyur Patel was a distinguished engineer at Cisco, where he developed routing and VPN solutions. Derek Yeung, founder and chief architect, is a former principal engineer at Cisco. Murali Gandluru was senior director of product management at Cisco following its acquisition of Insieme, which became foundational to Cisco's SDN strategy.

To be sure, white box switching is nothing new. A host of startups, including Cumulus and Pica8, embraced white boxes in the SDN revolution that launched about six years ago. Big Switch, for a while, was hailed as a Cisco-killer. But white box switching never achieved mainstream acceptance, and the surviving companies that succeeded did so by specializing.

Arrcus says scalability is a differentiator, as well as its management pedigree.

Additionally, the times are changing, and the industry may be ready for white box now. AT&T has made a strategic commitment to implementing white box on its networks, Amazon is reportedly considering selling white box switches as well, and Facebook relies on white box switches for its networks and has open sourced software and designs. (See AT&T Offers Up White Box Operating System, Will Amazon White Box Switches Take On Cisco, Juniper & Arista? and Facebook Reinvents Data Center Networking.)

Mitch Wagner 7/20/2018 | 2:13:16 PM
Re: Cisco rsponse They're claiming their differentiation is scalability, programmability, and no they're not open source.
Reply | Post Message | MESSAGES LIST | START A BOARD