The overarching goal for the project -- today shortened to "pan-net" -- was to replace the network facilities in specific countries with systems that could address the entire region. Instead of developing products for each of the countries in its footprint, Deutsche Telekom AG (NYSE: DT) would then be able to rely on a single, centralized platform serving all of its European customers, from Germany in the north to Greece in the south. (See DT Plots Pan-Net, 'Answers' B2B OTT Threat.) 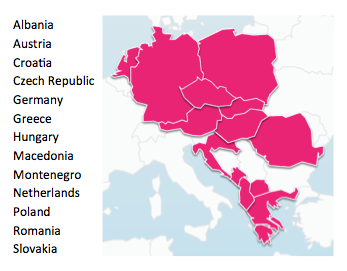 More importantly, by taking advantage of new software and virtualization technologies, Deutsche Telekom hoped to speed up service development and acquire some of the "fail fast" abilities of its over-the-top challengers. During pan-net trials in Croatia, the operator claimed to have set up a virtual private network "of medium complexity" in as little as 15 minutes. Using old-fashioned approaches, that process can take up to four weeks, said Nemat.

But getting a company of Deutsche Telekom's size to embrace unproven technologies, and a radically different modus operandi, was never going to happen overnight. "I compared this journey to a marathon in the past, and we are still in the first kilometers of the marathon," says Axel Clauberg, Deutsche Telekom's vice president of aggregation, transport and IP architecture.

That partly reflects the immaturity of the software and virtualization technologies that underpin the pan-net, not to mention some disappointment with industry progress in these areas so far. "It is not directly related to pan-net, but we had expected the industry to move a bit faster toward cloud-native technologies," says Clauberg. "That has not been an easy change for suppliers."

Nevertheless, while Deutsche Telekom might still be near the beginning of what is going to be a very long race, it has taken some important first steps. These include the opening of a data center in Hungary, which is essentially Deutsche Telekom's first centralized production facility, as well as a service operations center in Romania that is staffed around the clock. A second data center is due to open in Poland in the coming months, although the operator will not say exactly when.

Next page: No big bang