BT and the taming of the net neutrality beast

Losing contestants in Squid Game are shot, stabbed, beaten into a pulpy mess or sent plummeting through glass platforms to a bloody end. The dispute about net neutrality, which has flared up over the popular South Korean show, features equal drama but less violent confrontation.

SKT, a South Korean operator, is demanding that Netflix, which distributes Squid Game, stump up network usage fees to cover the costs of a traffic spike. Netflix is appalled, arguing this would contravene net neutrality, the somewhat ill-defined principle that all Internet traffic be treated equally. SKT's customers have already paid to watch Squid Game, it notes.

The tentacular affair has spilled out of South Korea and prompted a telco response in the UK, where local regulators are currently reviewing net neutrality rules post-Brexit. "The pandemic has brought into sharp focus the criticality of our infrastructure," says Marc Allera, the CEO of BT's consumer arm, in a conversation with Light Reading at BT's headquarters in central London. 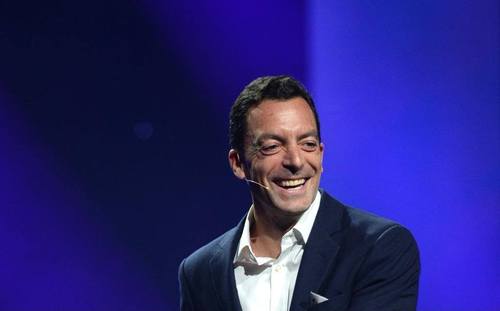 "What we see, which was stretched more than ever before when the country was at home, is the impact of a total lack of coordination on lots of data-intensive events," Allera complains. "Everyone's networks are under pressure and everyone's Internet becomes more unstable than it was before."

He is not the only UK telco executive upset about existing legislation that prevents operators from either managing traffic or trying to extract some payment from Internet firms  still disparagingly referred to as "over-the-top" (or OTT) companies. "Where regulators went wrong was actually on net neutrality and in believing that net neutrality was protecting the consumer," said Scott Petty, Vodafone's chief digital officer, at a recent press event.

"Actually, it was protecting the OTT players to produce an ever-increasing load on the network, for which they paid nothing," Petty told Light Reading. "And rebalancing that is probably the future of the industry."

In the US, the mere suggestion that operators be allowed to charge Internet companies for network usage typically provokes mass hysteria on Salem witch trial levels. Many analysts are also unsympathetic to the operators and their arguments that Internet firms contribute nothing toward infrastructure and reap all the benefits.

"It staggers me," said Dean Bubley, an analyst with Disruptive Wireless, on this week's Telecoms.com podcast. "All the tech companies spend a huge amount on data centers, they have half the subsea fiber around the planet, they've got tons of engineers, they do lots of research on everything from making energy-efficient equipment to designing their own chips. The hypocrisy here is that every single operator uses the public Internet. They've all got websites."

Allera is evidently conscious of the public discourse and the widespread perception that telcos want to leech off Internet firms to compensate for their own shortcomings. But he at least wants Ofcom, the UK regulator, to soften its stance on the way operators manage traffic. Without a future "coordination mechanism," outages and downtime could be more commonplace in the Squid Game era, BT argues. 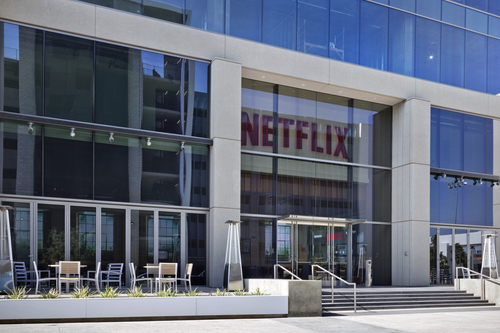 Netflix says consumers have already paid for the service it provides.

Its proposal is for what Allera likens to an "air traffic control" system for networks. The analogy is clever. Nobody would suggest that forcing one plane to circle Heathrow while another receives clearance to land is discriminatory, the accusation flung at any telco that prioritizes one service over another. If the absence of control is not exactly endangering lives on a telecom network, outages in a pandemic could affect services as important as children's education, says Allera, with operators attracting the blame.

Their difficulties are compounded by a degree of ministerial ignorance about what is allowed under current net neutrality law, according to Vodafone's Petty. "Senior government ministers said you need to prioritize children's education traffic," he recalled. "But that is illegal and they cannot ask us to do that."

The problem is not one of insufficient capacity to cope with average peak loads. Indeed, back in March 2020, when traffic spiked during the first wave of the pandemic, daytime usage on BT's network rose from about 5 Tbit/s to 7.5 Tbit/s, well below the 17.5 Tbit/s it was built to withstand, said executives at the time.

"The network can cope, but you only need a few events for it to become unmanageable and Teams stops working," explains Andrew Warner, BT's networks and systems convergence director. He remembers issues that arose in May when a soccer match between Manchester City and Paris St Germain coincided with updates on Legends and Fortnite, two wildly popular gaming platforms. "With an air traffic control system, that could have been smoothed out."

The thinking about how this system would work is at a relatively early stage, however. Allera and Warner are clearly aware of the need to avoid references to prioritization of traffic and trigger an immediate backlash, even if prioritization is effectively what occurs.

A potential solution is heavier reliance on technologies that would improve network efficiency but require coordination with content providers. BT has already taken a few early steps with a content delivery network developed with Qwilt.

Experimentation with Qwilt and other mechanisms does not mean Allera is abandoning all calls for large Internet firms to make some financial contribution to network usage. The biggest five today account for about 65% of the traffic on BT's network, according to the operator's data  a situation few could have foreseen when net neutrality first became an issue.

"These platforms we are talking about are the most cash-generative platforms on the planet and so I don't think we'd be talking sums of money that would mean their monthly fees would increase significantly but some charges for certain scenarios where content they are providing is impacting the infrastructure so much that it needs to be handled differently," he says.

Critics say Internet companies should not be expected to help fund network upgrades when operators own that infrastructure and remain highly profitable companies themselves. BT reported a post-tax profit of nearly £1.5 billion ($2 billion) in its last fiscal on revenues of about £21.3 billion ($29 billion).

On the other hand, it sits on about £18.6 billion ($25.3 billion) in net debt  a figure equal to about 2.5 times its earnings last year  and has been forced to slash costs and cut dividends to satisfy shareholders. Shares have lost 60% of their value in the last six years. And capital expenditure is rising to cover the cost of fiber rollout to UK homes. Last year, it grew 6%, to roughly £4.2 billion ($5.7 billion). "We cannot spend more on capex," says Allera. "No one is spending more."

If parts of the analyst community have remained unsympathetic, Allera has an ally in Roslyn Layton, an expert on net neutrality and senior vice president at Danish advisory firm Strand Consult. In her view, the issue has become skewed and extremely emotive because the Internet firms won the initial publicity war and created the perception the Internet should be free and "open," a word she says is regularly deployed in the technology industry to mean fair when the truth is more complicated (think open RAN and open source).

"The issue with the Internet is that the usage depending on the app is very disproportionate," she says. "The video providers have been very effective in winning the regime that works for them. We believe that broadband speeds must go up forever and they keep saying it should be cheap. As an economist you would say that if it is valuable you should pay for it and the price should be higher."

She favors any number of alternative models that would be disallowed in a net neutrality regime, including a lower-cost service for essential applications such as education that do not place a heavy burden on the network. "We happen to have fallen into this because Internet companies have been very successful and invested money to get public attention. In other industries, it doesn't work that way."

A stark example comes from the early days of Netflix, when it was still dispatching DVDs to people's homes and covering the cost of postage. This payment for transport is exactly what Netflix now resists in the Internet age.

Believing net neutrality laws will protect and help nurture smaller Internet firms, European regulators have broadly adopted the Netflix argument. Yet research for a doctoral thesis by Layton  who examined rules across 53 countries  found that a tough regulatory line on net neutrality failed to produce innovation by local country developers and even strengthened the Silicon Valley giants.

By contrast, the rowing back of net neutrality legislation in the US since 2017 has led to improvements in Internet speeds, quality and availability, says Layton. Moreover, there have been no instances of blocking, throttling or other forms of net neutrality abuse.

Caught in the net

Allera, above all, seems keen for a conversation to happen with regulatory authorities and content providers that is more rational and less emotive than in previous years. Amid a recent backlash against Internet giants, and growing regulatory concern about their dominance, the timing looks auspicious.

Even outside the UK, BEREC, the body of European regulators for electronic communications, is currently seeking input from operators and other stakeholders on its future approach to zero rating, whereby operators switch off the meter for some applications.

Firmer definitions would be welcome. The current lack of clarity means what is allowed by one authority may go punished by another. Telekom Slovenije was hauled in front of prosecutors in 2015 for its zero rating of a music service, a practice that seems to have been ignored by regulators at other European operators. The most extreme interpretation of net neutrality could render any tie-up between a telco and a website unlawful.

Ofcom stopped taking input on net neutrality this week. "We have put our case forward," says Allera. "There are a lot of good things about net neutrality we would want to play our part in protecting. But there are things 20 years on from those principles being written that we think are now much more relevant to today's world than the world that was envisaged in the early nineties. A lot has changed."

Convincing the non-telco world to share his view will not be easy. Netflix has pushed back angrily against payment demands in South Korea, home to fewer than 2% of its subscribers at the end of last year. Conceivably, it could pull content off a South Korean network without feeling a huge financial impact  and lay the blame entirely on the telco. That really would make Squid Game a video nasty.