Don't expect to see major new strategy shifts from WOW now that it has completed its initial public offering, even though the IPO didn't get much love from Wall Street this morning.

The sixth-largest US cable operator had hoped to raise $400 million, mostly to retire debt from a heavily leveraged balance sheet, but instead raised $309.4 million on 18.2 million shares at $17 per share, according to this report from the investing website Heavy.com. (See WOW Makes Its Case for IPO.) 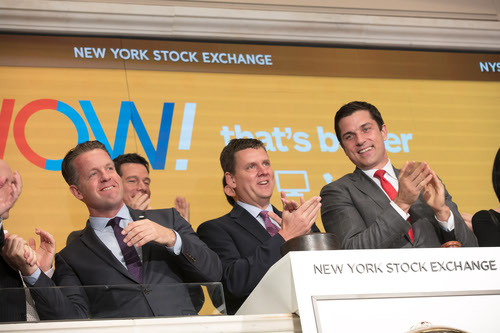 Nonetheless, WideOpenWest Holdings LLC (WOW) CEO Steven Cochrane tells Light Reading his company remains focused primarily on growing its commercial business and delivering high-speed Internet to a growing audience of cord-cutters at reasonable prices, like $59.99 for 100Mbit/s service. The company has no immediate plans to get into the wireless business, offer its own skinny bundle of content, or get more aggressive in deploying gigabit services.

WOW operates in 300 communities in ten states, often competing with much bigger operators including AT&T, Comcast and Verizon, and has adopted an "edge out" strategy that expands its network reach in the largely suburban footprint. That will continue, Cochrane says, with no immediate plans to either acquire other companies or be acquired.

"We are not going to buy just to get bigger because we think we can compete very effectively at our size," Cochrane says. WOW will listen to any acquisition offers, to do what is right for its shareholders, but its management team takes "a lot of pride in what we do and a lot of pride in taking care of our customers and employees, and our business plan is all driven around doing more of that."

Want to know more about the companies, people and organizations driving developments in the test, monitoring and assurance sector? Check out Testapedia, the most comprehensive online resource covering the telecom test and measurement industry.

And while WOW has struggled to grow -- it did find modest growth in 2016 but not in the first quarter of 2017 -- its CEO thinks the company is positioned to take advantage of investments made in its business services portfolio.

"It's an important business, over $140 million business today," Cochrane says. "It is one that is growing in the mid- to upper teens year-over-year. We have made a lot of investments over the last several years to be able to grow and provide penetration and we are starting to see the benefits of that now. Providing enterprise-level voice and data services are key to what that is, and we are looking forward to seeing the results from that."

Most of its business customers remain small to mid-sized businesses, he says.

WOW currently offers gigabit service in four markets -- Huntsville and Auburn, Ala.; Evansville, Ind.; Knoxville, Tenn. and Grosse Pointe Shores, Mich -- using a combination of DOCSIS 3.1 and fiber-to-the-home, but isn't planning major expansion of that effort because there isn't yet customer demand, Cochrane says. One reason for that may be WOW's existing 100Mbit/s and 500Mbit/s services, which meet the bandwidth needs of current applications.

"We want to make sure we are using our investment dollars the best way in the near term to drive growth," he says. So WOW will continue spending on "edge-outs" rather than trying to take one-gig services everywhere.

And the company will continue to cater to the growing streaming video market, both by offering Internet-only services at a range of speeds and prices and by integrating OTT video into the cable boxes it uses to deliver its own content.

Joe Stanganelli 5/28/2017 | 6:36:31 PM
Underpricing Alas, underpricing often runs rampant on Wall Street when it comes to technology firms.  Whenever you see headlines about how companies  made a killing on their opening day on the stock market, that's often a sure indicator that the underwriters deliberately undervalued the stock so as to do favors for their buddies/most valuable clients.
Reply | Post Message | MESSAGES LIST | START A BOARD