For Virgin Media, the 10-Gig future will have to wait. But apparently the technology underpinnings of that future are not all that far off on the horizon.

The Liberty Global Inc. (Nasdaq: LBTY)-owned UK-based operator announced that it has teamed with Arris Group Inc. (Nasdaq: ARRS) on a small, six-month trial what will involve about 50 homes in Papworth, Cambridgeshire, to deliver symmetrical speeds of more than 8 Gbit/s on a fiber-to-the-premises access network. While the trial goal is to bring 10-Gig speeds to about 50 homes, about eight individual homes have been installed at this early phase of the trial, a Virgin Media official said. (See Virgin Media Pilots 8-Gig Symmetrical Speeds .)

They said the trial has prompted SamKnows, the speed test partner of Ofcom , to "fast-track" a speed testing tool that can verify the speeds. Though the work in Papworth is clearly a testbed for blazing fast speeds that might be offered in the coming years, the the companies involved likewise point out that the speeds produced in the pilot compare to the average median UK broadband download speed of 46.2 Mbit/s down and 6.2 Mbit/s up found by Ofcom's 2018 study on fixed home broadband speeds. (See Eurobites: Fiber Up or Fade Away, Ofcom Tells BT.)

The setup for the trial centers on an Arris E6000 Converged Cable Access Platform chassis equipped with a 10-Gig EPON card and outfitted with the same DOCSIS-based provisioning system that the MSO uses for its cable modem services on its widely deployed HFC network. In those testbed homes, Virgin Media Inc. (Nasdaq: VMED) is also using an 802.11ax WiFi access point from Arris-owned Ruckus Networks. (See Arris Reels in Ruckus  Why I Like This Deal and Docsis Gets Its EPON On.) 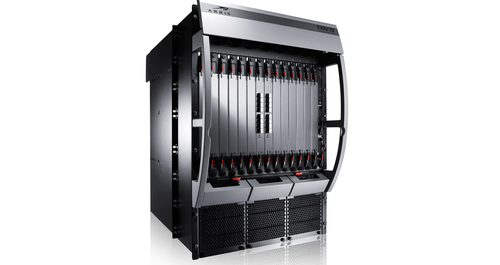 For the Virgin Media trial, the operator is using an Arris E6000 CCAP chassis outfitted with a 10G EPON card. Other operators are conducting similar trials in which a 10G EPON module is snapped into a fiber node.

The Virgin Media trial in Papworth (the MSO also tested 1-Gig over FTTP there in 2014) is delivering symmetrical speeds of about 8.5 Gbit/s. "We'll definitely get to 10-Gig" following further improvements and as the solution matures, Dan Whalen, president of Arris's Network & Cloud unit, said. "But anything that's over 1-Gig symmetrical for the cable operator is a huge win for them."

Though there are very few use cases that require 10 Gbit/s to the home, Virgin Media and Arris did mention what they could enable -- the download of a 5 Gigabyte HD film in five seconds, or 20 seconds to download a 20GB movie encoded in 4K.

The Virgin Media trial with the E6000 chassis and 10-Gig EPON line cards represents just one of a set of ways that Arris is looking to enable symmetrical 10-Gig speeds -- something the cable industry has branded under the "10G" banner. (See CES 2019: Cable's 10G Tech 'Will Work' and NCTA Trademarks '10G' .)

Other 10-Gig variants
Among the other approaches, Arris is also developing 10G capabilities for HFC networks using Full Duplex DOCSIS, an annex to the current DOCSIS 3.1 spec. Arris is working on a "hybrid" of the E6000 that would support 10-Gig on HFC and FTTP/PON networks at the same time.

"That's on the roadmap in the upcoming year," Whalen said.

Arris is also getting some traction and interest in a Remote OLT deployment scenario in which a 10-Gig module is snapped into an existing fiber node that is managed by the operator's headend or data center. Arris has two trials underway with tier 1 operators in the US and in Asia, according to Whalen.

"We're seeing strong interest for the node-based version of this solution," he said, noting that the current trials of it are poised to drive in revenues in the second half of the year.

Whalen said operators are keen to the node re-use scenario because they don't have to redeploy a new enclosure, redirect power or resplice any fiber. He estimates that this re-use model represents a 50% to 80% cost savings versus having to deploy a brand new node.

"There's a lot of incentive for operators to look at that variation of this product," he said.

Arris has also tested the chassis-based setup being trialed with Virgin Media with an unnamed operator in the EMEA region. But after entering the trial phase, that operator opted to move to a GPON-based solution after it was acquired, Whalen said.

Jeff Baumgartner 2/6/2019 | 10:27:02 AM
Promo Vid Virgin Media also posted a promo video about the project. It's heavy on the marketing, but some points therein:

-Arris said it delivered on the project in 12 weeks
-The trial uses existing street cabinets.
-The specialized in-home router converts the EPON signal into a usable connection.