He's done it again. President Trump is nothing if not consistent in his inconsistency, repeatedly saying one thing only to turn around and say or do another.

In this case, after promising a $1 trillion initiative to shore up the nation's infrastructure, the president is now reportedly backing away from the part of that plan that would have relied on public/private partnerships to fund public works projects.

What's odd, however, is the way in which President Trump is waffling on his own plan. Where before Trump wanted to bring in private sector funding on projects that would then return a share of the profits to investors, he now appears to want state and local governments to cover most capital costs, suggesting that public/private partnerships are untenable. According to The Washington Post, Trump has indicated that the federal government would kick in some direct funding, "either by paying for projects with new tax revenue or by taking on debt," but that the approach "would probably limit the scope of the initiative to a fraction of what the president has [previously] described." 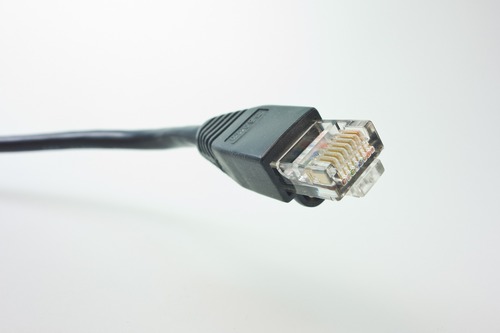 Here's why this matters to the telecom sector. The hope on both sides of the political aisle has been that any bill would include broadband networks as part of a national infrastructure plan. Naturally Democrats are hoping for significant federal government spending as part of the package, while Republicans would like more tax breaks to stimulate private sector investment. However, in theory, both parties would compromise on some combination of public and private contributions to get the job done. In the telecom industry, this would mean more capital floating around to build out telecom networks, which would be good for service providers and vendors as well as the rollout of next-generation networking technology. (See Outlook Bleak for Infrastructure Bill in 2017.)

Now, contrary to aims on both sides, President Trump seems to want to limit federal government involvement and keep the private sector out of the picture. As near as the Washington Post can tell, this is because he's seen public/private partnerships that don't work and is now wary of basing his strategy on the concept.

Here's the thing, though. These partnerships work when they're done right. And simply dismissing the possibility of fostering them doesn't provide a way forward.

The successful LinkNYC deployments in New York are a classic public/private partnership example. The city took the franchise agreements it had signed with payphone providers and converted them into a new franchise agreement with a consortium of companies called CityBridge. CityBridge has now converted many of the old phone booths into new WiFi kiosks. These kiosks produce advertising revenue, of which both the companies involved in CityBridge and the city get a percentage. According to a report by RBC Capital Markets and HR&A, not only do NYC residents and tourists now have access to free WiFi and other features on the kiosks, but the city earned at least $20 million in revenue in the first year.

In a statement responding to Trump's latest comments on public/private partnerships, LinkNYC General Manager Jen Hensley said, "Public-private partnerships are critical to advancing new and innovative infrastructure projects across our country. Through LinkNYC, we are replacing outdated infrastructure and delivering valuable public services completely for free thanks to our unique advertising model, while generating hundreds of millions of dollars for the City of New York. It's a win-win, bringing super-fast free Wi-Fi and services to city streets and helping millions of New Yorkers and visitors stay connected at no cost to users or taxpayers."

Unfortunately, not every city or state has the wherewithal to do what New York City has done, and this is where the federal government can help. New government funding can help get new projects off the ground, and financial incentives can encourage private companies to look twice at projects they wouldn't otherwise consider.

To be clear, this doesn't mean that the federal government should kick states and localities to the curb. States and municipalities are often in the best position to know how to implement new projects in their regions. But much of the time they can't do it alone.

Everybody in the country agrees we should close the digital divide and help lead the world in next-generation telecom networking. Simply abdicating responsibility at the highest level doesn't further that goal. It might or might not harm the telecom industry directly, but it certainly won't help.

What I was trying to say in fewer words, is that we have this example of the Fed Gov funding things through CAF and CAF-II.  I think that this can provide a model for folks.

What I was trying to say in fewer words, is that we have this example of the Fed Gov funding things through CAF and CAF-II.  I think that this can provide a model for folks.

Phil_Britt 10/2/2017 | 8:44:14 AM
Re: Everybody is not every body There are several other examples of public/private partnerships working. It's not the size of the government entity that matters, but rather government doing what it can to cut through the red tape of permitting and other issues that can bog down the program and leaving the technology to the technicians.
Reply | Post Message | MESSAGES LIST | START A BOARD

slideruler 10/1/2017 | 1:11:51 AM
re: Interested in less political agenda and more thought on the real issues and real world obstacles in the article.

You're better than this piece, Mari.

KBode 9/30/2017 | 2:00:14 PM
Re: Everybody is not every body But Ajit Pai told me it was his very top priority! (while covertly beginning to undermine Lifeline with his other hand).

If anybody actually bothered to do an audit of the state and federal subsidies we've already doled out, I'd be willing to bet we could have deployed fiber to every home in America several times over.
Reply | Post Message | MESSAGES LIST | START A BOARD

Duh! 9/29/2017 | 7:22:58 PM
Re: Everybody is not every body Small Government principles are flexible when those that hold them need the gummint to do something for them. The vast majority of the FCC's "no broadband" census blocks happen to be in red congressional districts. The folks that live in those places need reasonable Internet access no less than the rest of us. A lot of Republican Congress-critters - who would shut down Amtrak in a heatbeat - are among those pushing for federal broadband funding.
Reply | Post Message | MESSAGES LIST | START A BOARD