The Legacy of Legacy

There's a lot of talk about legacy in telecom, but it mostly relates to existing equipment and processes -- legacy operations and support systems, for instance, are the bane of everyone's existence.

Much less is said about legacy services, which is why I was surprised to learn, way back in June of this year, that AT&T Inc. (NYSE: T) still counts its ISDN revenues in the billions. That little nugget was shared by Rick Hubbard, a senior vice president of product marketing for AT&T Business, at Light Reading's SD-WAN event in Dallas. The context of the remark was simple -- Hubbard was making the point that the rise of SD-WAN wouldn't mean an end to MPLS, because services just don't go away that fast in telecom. (See AT&T's Hubbard on the Evolution of SD-WAN & Hybrid Networking.)

In late November, at another LR event -- this one on the Future of Cable Business Services -- Vertical Systems' group director of research, Erin Dunne, reminded the largely cable crowd that there are still 150,000 private business lines in operation in the US, most of which (100,000) are T-1s at 1.54 megabits per second, for which businesses are paying hundreds of dollars a month. But there are 50,000 which are even older legacy technology such as frame relay, ATM or ISDN, at speeds as slow as 56 kilobits per second. (See Next-Gen Services Need Customer Control.)

How does this happen? How do business customers get so far behind the technology curve that they are willing to pay bigger bucks to use old, slow data communications tech? This made no sense to me, and I assumed a lot of the lethargy involved here was on the service provider side, where there may be little incentive to cannibalize legacy cash cows, until a competitor comes along to do it for you. 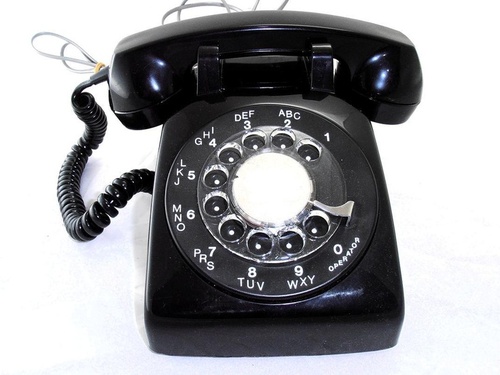 But a recent conversation with Eric Barrett, director of network product management at CenturyLink Inc. (NYSE: CTL), offered some insight. Again, the topic was MPLS and how it isn't being displaced by SD-WAN much, but Barrett took things even farther. (See CenturyLink Survey: Bloom Not Yet Off MPLS Rose.)

CenturyLink has customers who will literally fight all the way to the Federal Communications Commission (FCC) to avoid having old creaky services shut down in what is the worst possible application of the "if it ain't broke, don't fix it" rule, according to Barrett.

"We've seen this picture before when we moved to MPLS from ATM and frame relay," he explained. "Customers said 'I can do everything I need on ATM and frame, why would I change?' We even found problems to be solved -- there were people doing video-conferencing over bonded ISDN lines that were ridiculously expensive."

Some customers were willing to move but others, especially those with compliance or security requirements, clung to the old service to avoid having to redo compliance processes, he noted, even if it meant paying more.

That's a problem on two fronts, from what I can see. First, being locked into continued delivery of legacy services means network operators are forced to continue support of aging technologies that are less efficient, retaining skills needed to do this and even spare parts that become harder to find to keep legacy gear running.

Secondly, it creates a customer base of sitting ducks, waiting for innovative and aggressive competitors to come along with better, cheaper products. Even a customer unwilling to listen when the telco is trying to promote change might be willing to jump when a cable operator or competitive access provider comes around with a strategy to pull them into the digital future.

To some extent, this is a separate -- though not unrelated -- issue from the process US operators are currently working through at the FCC regarding retiring the copper network. And it's also not the exact same thing as efforts in some areas to move residential customers and businesses onto voice-over-IP technology and off TDM switches, although again some of the same issues apply.

In each of those cases, the incumbents are trying to let go of older technologies and their costs, as they move forward. In some cases, they face headwinds in doing that.

For legacy business services in particular, however, network operators need to work harder on a strategy for how to move business customers forward, whether it involves near-term incentives or long-term value or some combination of the two. Maintaining these cash cows gets riskier and most costly all the time. And there are fewer reasons to keep doing it.

If a network operator is truly trying to transform, here's a place to prove it.

kq4ym 1/16/2018 | 11:58:45 AM
Re: ISDN It is amazing that there are so many reasons to explain the legacy problem. And yet, to those affected they are legitimate reasons why to hold on as long as they can. Pending the incentives either short term or long to invest and move on, we'll still be seeing those systems hang in there. Don't remind me of why I have closets full of old equipment I can't see to let go of!
Reply | Post Message | MESSAGES LIST | START A BOARD

It reminds me that POS systems have been using 2400 bps modems for the longest time.  The training time of faster modems was longer than the entire call time using one of these archaic beasts.  I think these will mostly die with the use of Chip Technology.

Duh! 1/2/2018 | 11:47:48 AM
Re: Legacy lines support legacy apps Rudyard Kipling's blind men trying to describe an elephant. I suspect that all the hypotheses here are correct, but none of them are dominant. Some other points:

Strategic applications evolve, because there is usually a business case grounded in changing needs and technological improvements which can be quantified and proven out in financial analysis. The networks that support those applications follow. It is much harder to make a case for upgrading non-strategic applications. Many of those legacy circuits terminate on CPE sitting in dusty corners. The applications have no constituency and in some cases the people who understand them are long-since gone.

A perusal of telco tariffs reveals all sorts of oddball services. Somebody needed each of those for something. Each can probably be emulated over IP, but doing so is a development project. Those projects are one-offs, probably done by contractors. They can be hard to justify.

In embedded industrial systems, changing an interface can have a domino effect on  upstream hardware lifecycles. At least until a few years ago, some electrical substations were equipped with communications controllers with built-in dial-up modems or DS-1 interfaces. They can't be field upgraded, and drop-in replacements don't exist. Upstream, Remote Terminal Units (RTUs), Programable Logic Controllers (PLCs) and Intelligent Electronic Devices were designed around those controllers, often with proprietary protocols, and often not field upgradable. Replacing those requires a significant engineering effort. This was a big problem in the electric power industry when Frame Relay was being discontinued, and more so when new cyber-security regulations affected dial-up.

Sometimes, legacy equipment developers designed-in timing or protocol dependencies as short-cuts, work-arounds or bugs. Bad practices, even in the '70s and '80s, but nonetheless common. Changing these things is almost impossible, since schematics, source code and expertise are long-since lost and nearly complete re-design is sometimes necessary.
Reply | Post Message | MESSAGES LIST | START A BOARD

I think that large organizations that would have used ATM or Frame Relay have long gotten rid of them.  Most of the Legacy Services go to small business.  I know for a long time (I am not sure if it is still true) that Jewelry Stores got a break on their Insurance if they had dry copper alarms.  That rate reduction was a lot more than the value of the service, so they kept it.  Think about businesses that have less than 25 employees where the most technical person in the organization has a High School Diploma.  There are literally millions of these businesses.  In the residential world, I guarantee you that Telcos would like to stop deploying POTS.  Cable would like to get rid of analog channels.

lightreceding 1/1/2018 | 12:10:03 PM
Legacy lines support legacy apps I think that a lot of organizations are still running their same old in house applications that were developed in the days of ISDN, FR and ATM. They are probably afraid of breaking something by moving, or at least don't want to go through the effort if there isn't much to gain. As they move to SaaS they can easily make the move to broadband. SD-WAN is a good transition stratgy with support for old and new access types. However if organziations are not using any or many new apps they might not care to make the move to SD-WAN. POS systems and CC verification systems still work on ISDN. Some hosting providers are offering to host and manage legacy applications and free the customer from having to manage the infratructure. That might speed the transition away from old technology. However there seem to be more than a few holdouts.
Reply | Post Message | MESSAGES LIST | START A BOARD

What do you do now that you can't even buy ebay spare parts for DMS100s and 5ESS systems?  There are lots of these services that have no products (or 1 product) that can still do them.  And the OSS environment.  Not just TIRKS but Switch/DLE from our old friends the Sopranos...err Telcordia.

It is much worse than Y2K.  It is what happens when you drive your suppliers out of business.

Joe Stanganelli 12/31/2017 | 11:55:30 AM
Re: Business and Speed @Carol/seven: Then might this suggest that operators are innovating in areas where innovation is not necessarily in demand -- i.e., creating and selling solutions in search of a problem?

If the legacy solutions are still in demand, res ipsa loquitur.
Reply | Post Message | MESSAGES LIST | START A BOARD

Thus, the argument about operators being "forced" to retain legacy skills doesn't really resonate for me. Remember Y2K? It was those dinosaur COBOL programmers who saved the day.
Reply | Post Message | MESSAGES LIST | START A BOARD

I think it is split.  There are businesses with significant internal IT departments - many of them are SaaS vendors,  Those businesses are always looking for what is better or next.  Other businesses (typically smaller) have little to no IT resouces.  Those are really stuck and are reluctant to change because there is little to no way for them to revamp what they do.