Get your avatars ready. On September 10, the nonprofit organization Fight for the Future is kicking off a day of online protest over net neutrality and encouraging Internet users to participate by prominently displaying symbols of slow-loading websites.

The group suggests posting animated images like the "spinning wheel of death" on websites, blogs, and as a substitute for regular profile pictures on social media. Owners of popular mobile apps are prompted to send push notifications with information about threats to Internet freedom.

The protest is scheduled five days ahead of the Federal Communications Commission (FCC) 's deadline for accepting reply comments on its framework for an open Internet. Opponents of the framework say Internet service providers shouldn't be allowed to create Internet "fast lanes" for companies that are able to pay for higher-quality service. Protesters fear that paid agreements for better delivery service will create a two-tiered Internet and undermine the democratic principles on which the Internet was founded.

For more on the continuing net neutrality battles, check out our dedicated OTT content channel here on Light Reading.

In its Battle for the Net project, the Fight for the Future organization specifically advocates for reclassification of broadband service under Title II common carrier laws. FCC Chairman Tom Wheeler has said he doesn't believe that is necessary, but he also declared in April that this belief "does not mean I will hesitate to use Title II if warranted." (See FCC's Wheeler: 'Internet Will Remain an Open Pathway'.)

Internet service providers are vehemently opposed to any move that would create stricter regulations on the broadband industry. (See Net Neutrality Fight Peaks at FCC Deadline.)

According to The Verge, big-name sites, including Reddit, Etsy and Foursquare, are among those preparing to participate in the net neutrality protest next week. In addition to posting images depicting Internet slowdowns, the sites will encourage visitors to contact government officials about open Internet issues. 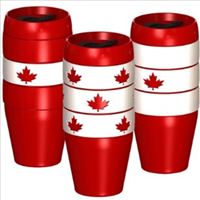 danielcawrey 9/4/2014 | 10:13:36 PM
Re: Will these protests be enough? I have Comcast, and I've certainly noticed a degree of slowdown with Netflix sometimes. I understand that content Comcast does not profit from is clogging their "pipes" so to speak.

But I'm not sure it's fair to consumers to be caught in the middle. Netflix is just another example of the disruption software caused on established businesses. Regulations probably need to be revised.