LONDON -- BT Group today announces the appointment of Philip Jansen as Chief Executive. He will join the Company and be appointed to the Board as an Executive Director on 1 January 2019 and following a handover period will take over from Gavin Patterson as Chief Executive on 1 February 2019.

Philip joins from Worldpay, the global payments services group, where he will be stepping down as Co-Chief Executive at the end of the year. Philip has been Chief Executive of Worldpay since 2013, leading it through its flotation in 2015, until its combination with Vantiv in 2018 to create a global leader in eCommerce. He has previously been CEO and then Chairman of Brakes Group and has held a variety of senior roles in Sodexo Group, latterly as Chief Operating Officer and CEO, Europe, South Africa and India. Earlier in his career Philip was COO of MyTravel PLC and Managing Director of Telewest Communications PLCs Consumer Division. He started his career with Procter and Gamble. 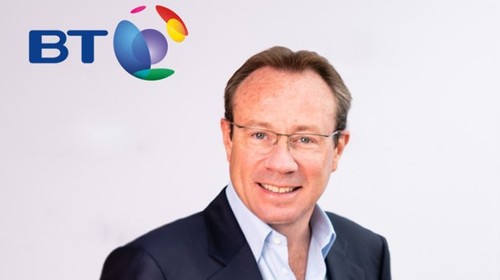 Jan du Plessis, Chairman of BT Group said: The Board is delighted to have appointed Philip as our new Chief Executive. He is a proven leader with outstanding experience in managing large complex businesses. Philips strong leadership has inspired his teams, successfully transformed businesses across multiple industries and created significant value for shareholders. His most recent success at Worldpay, a technology-led business, means he is well suited to build on the solid foundations that are in place at BT. I look forward to working with him to position BT at the heart of the UKs digital economy.

Philip Jansen said: Im honoured to be appointed as the next Chief Executive of BT Group. BT is a special company with a wonderful history and a very exciting future. It has built a leading position across fixed and mobile networks, creating an opportunity to deliver increasing benefits for our customers, the UK economy and our shareholders. In a competitive market we will need to be absolutely focused on our customers needs and pursue the right technology investments to help grow the business. Im excited to get to know all the people at BT and work together to take the business forward.

Gavin Patterson will continue to serve as Chief Executive until 31 January 2019.

In respect of the transition period, Jan du Plessis said: Id like to thank Gavin for his continued leadership of the business and express my gratitude for his commitment and the good progress made over the last few months. To ensure an orderly leadership transition and handover, Gavin and Philip will work together during January, with Gavin presenting our Q3 results on 31 January, before handing over to Philip on 1 February.

Remuneration
Philip Jansen will be paid in accordance with the Directors Remuneration Policy approved by shareholders on 12 July 2017. His remuneration as an Executive Director and Chief Executive of the Company will consist of:

A cash allowance in lieu of pension of 15% of salary and other benefits in line with our Remuneration Policy.

An annual bonus of up to 240% of salary subject to performance. One third of the annual bonus paid will be deferred into BT shares for a further three years with no additional performance conditions. His annual bonus for the 2018/19 financial year will be reduced to reflect him joining part way through the year.

A long-term Incentive Share Plan (ISP) award of 400% of salary, which vests after three years subject to performance. He is required to hold any vested shares for a further two years. His first ISP award will be granted soon after joining but will be reduced to 300% of salary to reflect joining part way through the three-year performance period.

A buy-out to compensate him for the loss in shares that will be forfeited on leaving Worldpay to join BT. In accordance with our approved policy, the buy-out will mirror the value and terms of the award forfeited. He will be granted an award of 370,798 shares in BT, which have a face value of £895,848 based on the closing share price on 17 October 2018. The shares will be granted as soon as practicable after joining, subject to any closed period dealing restrictions. The shares will vest on 20 March 2020 subject to continued employment and will only vest to the extent that the forfeited award meets the original performance targets set by Worldpay. He has agreed to hold any vested shares for a further one year until 20 March 2021.

In addition, Philip has committed to invest £2m in BT shares within 30 days of this announcement subject to any closed period dealing restrictions. This combined with the conditional buy-out will take Philip significantly towards the shareholding of 300% of salary which the Chief Executive is required to build over a reasonable timeframe.