Executives at Australia's NBN have the guarded look of men who have fought long battles against savage opponents. The A$49 billion ($34.8 billion) public-sector project to build a nationwide broadband network, wholesaling capacity to retail service providers, has taken flak for years and remains a boondoggle to its biggest critics.

A trip to Berlin, where NBN Co Ltd. met with Light Reading at last week's Broadband World Forum, must have seemed like R&R to senior managers normally stationed on the Australian front lines. Their observations of European broadband also make the hostility back home even harder to justify, they say.

"I get frustrated because we get killed in Australia," says JB Rousselot, NBN's chief strategy officer. "I say come to Europe, and you'll see we're not doing that badly."

On the Front Line 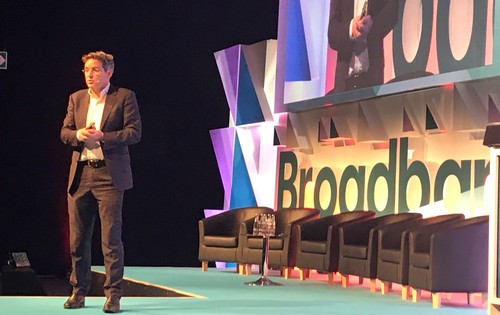 A comparison of the official broadband targets does not really flatter NBN. The European Union aims to bring 30 Mbit/s connectivity to all households by 2020 and ensure half can access a 100 Mbit/s service. NBN's goal is to provide 25 Mbit/s everywhere and 50 Mbit/s for 90% of properties by this same date.

Notwithstanding the progress made by several high-flying gigabit nations, most industry observers will be stunned if all European countries achieve these targets, however. NBN, by contrast, now claims to have a "line of sight" to its goal. After fretting about the pace of rollout in previous years, Rousselot says the operator is now firmly on track to cover about 11.6 million premises and connect around 8 million by 2020.

For those unfamiliar with NBN, the big idea is to use a mix of broadband technologies to meet Australians' broadband needs. A high-profile example of "structural separation," the initiative took flight when broadband incumbents Telstra Corp. Ltd. (ASX: TLS; NZK: TLS) and Optus Administration Pty. Ltd. were forced to sell network assets to NBN and relinquish their wholesale role. At first, NBN was mainly wedded to full-fiber networks as the broadband technology of choice, although fixed wireless and satellite technologies also figured in its plans. When a new government decided those were too expensive, NBED began flirting with everything from cable to VDSL, a performance-boosting technology for last-mile copper. (See Telstra Profits Pummeled by NBN and Australia's NBN Seeks More Govt Cash to Cover Loss-Making Rollout.)

Tony Brown, NBN's tough-looking media chief, reels off the list of 2020 coverage targets for specific technologies with the military precision of a sniper lining up his sights: Fiber-to-the-premises (FTTP) for 1.9 million properties; fiber-to-the-curb (FTTC, which in NBN's case means the distribution point close to customer homes) for 1.5 million; fiber-to-the-node for about 4.9 million; and cable for 2.5 million. Fixed wireless will serve another 600,000 homes and satellite up to 400,000. (See NBN Finally Revs Up DOCSIS 3.1 Engine.)

So where does the rollout stand? Rousselot says the job is about two-thirds done, with 7.4 million households now "ready to connect" and about 4.4 million receiving service of some kind. Because NBN has concentrated its early efforts on broadband-deprived rural communities, the focus is shifting to urban areas and some of the higher-speed technologies in the menu. That means targeting customers who until now have used cable and copper-based broadband technologies provided by Telstra and Optus.

But if the deployment is going as swimmingly as Rousselot claims, then why does the Australian press still treat NBN like an enemy of the people?

That is largely an unfortunate but inevitable consequence of the fact that taxpayer money is being used, he says. Rousselot and Brown also dismiss the long-running argument that NBN is not delivering the speeds customers require. Although the proportion of subscribers on connections of at least 50 Mbit/s has risen from about 15% last year to 50% today, customers are simply not buying the very highest-speed services where these are available, they say. "We have a gigabit [offering] on fiber, and the take-up is just a couple of dozen people," says Brown.

Next page: Not out of whack

iainmorris 11/1/2018 | 2:37:04 AM
Comment from Laurie Patton Laurie Patton, a journalist and blogger at TheLuckyGeneral.biz, got in touch with the following remark, which we agreed to publish:

"Sadly, JB Rousselot is part of the problem rather than part of any solution to Australia's broadband debacle. Along with a few other so-called mates of the then prime minister, JB advocated the dumping of 21st Century fiber -- which was the hallmark of the original NBN launched in 2009 -- in favour of re-using ageing copper wires from the former government-owned telco Telstra, and two HFC networks built 25 years ago for pay TV. As this article explains, both the copper and HFC networks had been allowed to run down as none of their owners expected they'd still be used by now, much less incorporated in a national broadband network."

iainmorris 11/1/2018 | 2:34:02 AM
Corrections NBN got in touch to point out that fixed wireless and satellite did actually figure in the original plans, so we've tweaked that section.