Windstream management's decision to eliminate its quarterly dividend, effective immediately, has prompted that company's stock to lose 27% of its value, continuing a trend of tough financial times for incumbent US telcos with large rural coverage areas.

Against that backdrop, CenturyLink merger partner Level 3 Communications Inc. (NYSE: LVLT)'s results look better, even though the company's earnings fell to $154 million or 42 cents per share, down from $156 million and 43 cents per share a year ago, on revenue of $2.06 billion that was essentially flat year-over-year. That was still above consensus analysts' predictions of $42 per share, as reported by Yahoo Finance. (See CenturyLink Splashes $34B on Level 3 Buy.)

But Level 3 shares were also falling slightly, down 4% after its earnings announcement.

The Windstream Communications Inc. (Nasdaq: WIN) management decision to cancel the company dividend comes after its stock price has been in steady decline since early March, falling from $7.50 a share to $3.72 yesterday. That prompted Windstream to announce it would re-allocate its capital to repurchase up to $90 million of its common stock, buying shares "opportunistically" through the first quarter of 2019 and paying down debt as well. 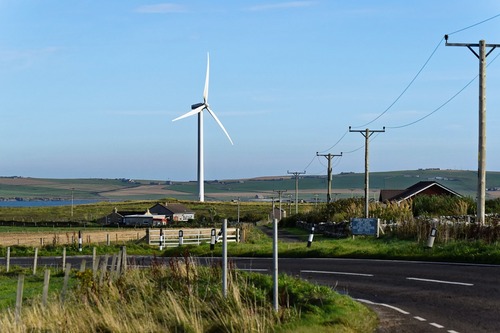 "Our equity is undervalued especially given our improved strategic direction with enhanced product capabilities, management talent additions and anticipated acquisition synergies of $180 million," Tony Thomas president and CEO said in a statement. "The elimination of the dividend along with the $90 million buyback program and delivering that will also occur and will create value for all our stakeholders. This is the right path for our company."

Windstream posted a $68 million second-quarter loss despite increased revenues of $1.49 billion, an increase of 10% year-over-year.

As noted in this Fierce Telecom story, financial research firm Cowen issued a report this month calling the last three consecutive quarters "the worst consecutive quarters in industry history" for CenturyLink, Frontier and Windstream, with share prices falling between 20% and 24% each quarter.

All three face the issues CenturyLink noted in its earnings call yesterday, namely that while they have launched newer "strategic" services such as SD-WANs, sales of those offerings aren't keeping up with declines in traditional service revenues.

And while CenturyLink is getting some cover from the impending Level 3 merger, the other two companies continue to take a Wall Street beating. Frontier is also coming under pressure from the difficulties its facing in integrating the Verizon properties it acquired and retaining those customers in the process.

Cowen isn't predicting recovery any time soon, and is already projecting a 5% decrease in share prices for the third quarter of 2017, which it may revise in light of today's news.

Duh! 8/10/2017 | 12:32:49 PM
Re: Mired in History Strange thing about it... large investors are getting turned on to FTTH projects, particularly public-private partnerships and coops. The market for revenue bonds has unfrozen. And all these upstarts - Tucows, Rocket Fiber, Sonic, etc., are getting financing for decidedly underserved markets.

Jonathan Chambers claims that FTTH projects with as few as 5 households per square mile can be self-supporting, and that he can make as few as 2 HH/Mi2 work. Obviously based on certain assumptions, and probably a bit optimistic. Still, that covers a lot of rural America.

I see a widening gap between what rural incumbents can build a business case for, and what non-incumbents are doing.

mendyk 8/10/2017 | 9:37:36 AM
Re: Mired in History One of the big areas of potential for IoT is in agriculture. That may not require ultracapacity connections, but it will require a decent network infrastructure. Whether the current group of operators recognizes that potential opportunity and acts on it remains to be seen.
Reply | Post Message | MESSAGES LIST | START A BOARD

Phil_Britt 8/10/2017 | 9:33:56 AM
Re: Mired in History Yes, but even in those areas, if not enough subscribers to support the business, any offerings would necessarily have to be limited.
Reply | Post Message | MESSAGES LIST | START A BOARD

mendyk 8/10/2017 | 9:31:43 AM
Re: Mired in History At the risk of sounding overly geezerish, the CATV business in the US was started precisely to serve areas out of reach of conventional broadcast signals. Now I have to go chase some kids off my front lawn.
Reply | Post Message | MESSAGES LIST | START A BOARD

Phil_Britt 8/9/2017 | 7:08:36 PM
Re: Mired in History You're right about the limited potential profit. You can't add people, and if there are too few people to share infrastructure costs, companies can offer only so much.

This has always been true. I'm old enough to remember Johnny Carson having guests (same town, separate times over a few years) from a town in the lower 48 without television. Though his discussion didn't get into it, it was anoher instance of there being too few customers for the infrastructure needed to bring the TV signal to the town (this was pre-cable, pre-sat TV).
Reply | Post Message | MESSAGES LIST | START A BOARD

I've really been hoping that wireless tech would advance to the point where this would no longer be an issue. It's probably not prudent to expect a massive rollout of rural fiber.
Reply | Post Message | MESSAGES LIST | START A BOARD

mendyk 8/4/2017 | 11:49:53 AM
Re: Mired in History As Ross Perot might say, You can paint stripes on a goat, but that don't make it a zebra. Or something folksy. The U.S. rural telecom market is no growth, unexciting, but still profitable. Just not as profitable as other markets. Providers that accept those conditions can still make a nice living, but they will be driving Fords and not Maseratis.
Reply | Post Message | MESSAGES LIST | START A BOARD

Carol Wilson 8/4/2017 | 10:58:51 AM
Re: Mired in History Frontier certainly took on a significant challenge in buying the wireline properties that Verizon wanted to sell off, and I don't envy any of their frontline employees the difficult job of handling - and trying to retain - angry customers.

My only comment on Century is that they are stuttering around this stuff.  They have bought LOTS of things.  What I don't see is a concerted statement of what they are going to be.  Right now they are in catch up mode with AT&T and Verizon who bought their Level 3 equivalents over a decade ago (think MCI as an example).  Both of those companies are moving on to content oriented strategies (and we can debate their effectiveness at some point).  So, when is Century going to stop buying network assets and maybe buy Netflix...see where I am headed?  And that is just an example in a specific direction.  Right now, Century is still building the network.  I agree that Frontier and Windstream (add Fairpoint into that mix) act like they are in a dark room with a blindfold on.

KBode 8/3/2017 | 7:41:59 PM
Re: Mired in History "Frontier and Windstream each face their own unique challenges - I lumped these three together because that's what the investment community is doing, but they really are three separate players with different challenges. "