Google Fiber to Pay $3.84M to Clean Up Mess It Left in Louisville

The price in embarrassment will likely far exceed the raw costs that Google Fiber will dispense to resolve its debacle in Louisville, Ky.

The Louisville Metro Government (LMG) announced Monday that Google Fiber will pay $3.84 million to restore roads and other public rights-of-way affected by its decision to exit the market. Those payments, LMG said, will fulfill the company's obligations under its franchise agreement and local regulations under the exit scenario. 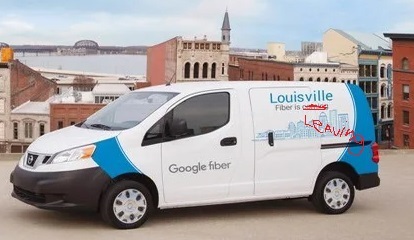 Word of the agreement comes more than two months after Google Fiber announced it would pull out of Louisville on April 15 after discovering that its testing of shallow trenching techniques for fiber deployment, viewed as key for this particular market, didn't work as planned. Some of those lines, reportedly installed just a couple of inches below the surface and covered with a rubbery seal, occasionally became exposed and damaged. As a result, Google Fiber figured it would have to rebuild the entire network to remedy the situation but opted instead to pull out.

According to the LMG, Google Fiber will pay the $3.84 million over 20 months to cover the costs of removing fiber cables and sealant from roads, milling and paving activities where needed, and the removal of above-ground infrastructure. Before deciding to pull up its stakes in Louisville, Google Fiber had network installation underway in areas such as Portland, Newburg and the Highlands.

"Infrastructure in neighborhoods and public properties affected by Google Fiber will look as good or better than they did before the company began construction, just as our franchise agreement stipulated," Grace Simrall, LMG's chief of civic innovation and technology, said in a statement.

Simrall held that Google Fiber's mere presence in the city caused other providers to "step up" and boost investment in the city. AT&T and Charter Communications are the area's incumbent telco and cable service providers, respectively. Last fall, Charter launched 1-Gig service in Louisville following a DOCSIS 3.1 network upgrade there; AT&T has deployed a fiber-to-the-premises network to portions of Louisville.

Despite the setback in Louisville, Google Fiber has stressed that the decision there will not impact its other markets. It's also moving ahead with fixed wireless activities stemming from its 2016 acquisition of Webpass.