Where's Huey Lewis when you need him?

Though the data is a wee bit musty, the FCC's latest Internet Access Services study found that the reach of Internet connections ticked up by the end of 2017, as did the number of connections that deliver downstream speeds of 100 Mbit/s or more.

This latest report is based on data from FCC Form 477 obtained by facilities-based providers. The FCC counts an "Internet connection" as delivering speeds of 200 Kbit/s in at least one direction. The Commission's definition for "broadband" is at least 25 Mbit/s down by 3 Mbit/s upstream. 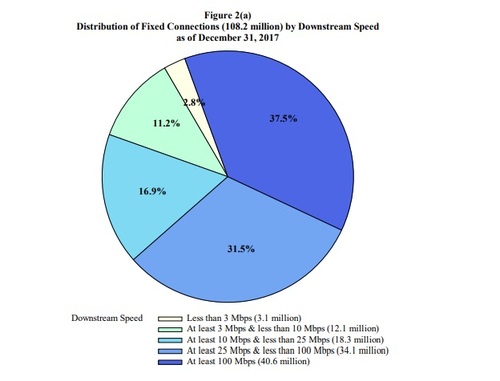 A good portion of the jump appears to be attributed to DOCSIS upgrades by cable operators. Almost 86% of residential fixed connections delivering at least 100 Mbit/s down and at least 10 Mbit/s upstream were via cable modem technology, with 13.6% from FTTP.

Cable modem tech led with the number of connections delivering at least 25 Mbit/s down by 3 Mbit/s (78.8 million), compared to 15.2 million connections for FTTP and 4.9 million ADSL. 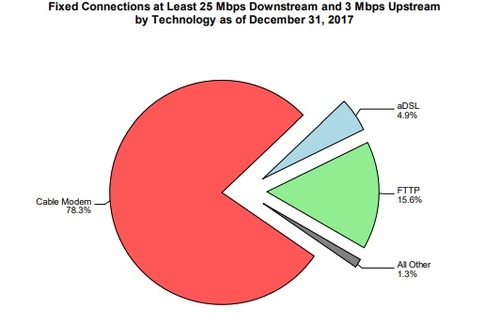 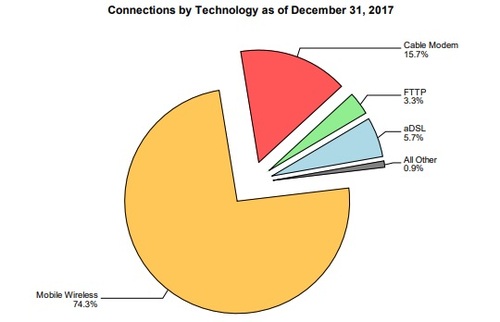