LONDON -- Connected Britain -- BT's top broadband executive has refused to dismiss proposals by UK prime ministerial candidate Boris Johnson for nationwide full-fiber networks by 2025, but he said the target would be a challenge given the regulatory and business constraints, including Brexit-related complications.

"I do think those potentially revised targets should be regarded as stretch numbers," said Clive Selley, the CEO of BT's Openreach networks business, during today's Connected Britain conference in central London.

"I wouldn't say unrealistic and I applaud the ambition," he told conference attendees. "If we can get government enablers in place and if the regulator continues on the path to investment-friendly regulations -- and that is the stated intent -- I think we can reset our ambition."

So How's That All-Fiber Diet Working Out? 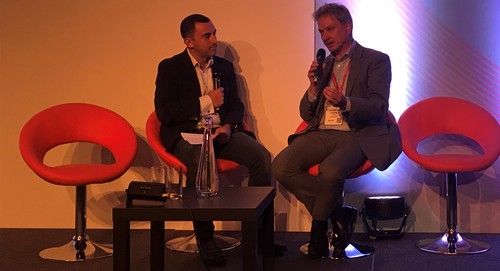 Under competitive and political pressure, Openreach is currently working to extend full-fiber networks to about 4 million UK properties by March 2021. If regulatory conditions are favorable, it says its ambition is to cover about 15 million properties by 2025.

Those plans align with existing government targets, which include a long-term objective of providing universal coverage by 2033. But in an article published this week by the Daily Telegraph, Boris Johnson, the lead candidate to succeed Theresa May as Conservative Party leader and UK prime minister, said he would aim to provide full-fiber coverage for the entire country by 2025.

Johnson expressed concern about the fiber gap between the UK and Europe's broadband leaders. Data shared in London today by the FTTH Council, an industry association, put the UK at the bottom of a ranking of European countries on the take-up of fiber-based broadband services.

The proposals unveiled by Johnson, nicknamed "BoJo" by the UK press, are understood to have been ridiculed by some UK broadband stakeholders and have been the subject of fierce debate at this week's Connected Britain event.

"It is straightforward to meet BoJo's 2025 target: If everyone could go on holiday for a year we will build the network and when you come back it will be done," joked Simon Holden, the chief operating officer of CityFibre, during a panel session at the conference on Wednesday morning.

Backed by Goldman Sachs, CityFibre is one of several UK fiber investors that have sprung up in recent years as infrastructure alternatives to BT and Virgin Media, the two operators with extensive fixed-line networks.

But some experts have taken a more conciliatory view. "At first sight it might seem unrealistic but it's good to have an ambitious target," said Paolo Pescatore, a tech, media and telco analyst with PP Foresight, who quizzed Selley on stage at today's show. "It is apparent that the current political and regulatory environment needs to change in order to reach this target."

One of Openreach's main difficulties is recruiting field engineers to build the new fiber networks. It hired 3,500 trainees in the last fiscal year and has plans to recruit another 2,700 in the current one, but its mission has been complicated by the UK's decision to leave the European Union.

"I'm worried about access to the wider labor pool and that is why we are hiring into Openreach rather than relying on third parties who use European labor," said Selley. "Large-scale FTTP [fiber-to-the-premises] is a labor-intensive business."

The recruitment of engineers has kept BT's headcount at a high level compared with its peers even as the company tries to improve efficiency by slashing 13,000 back-office and mid-level management jobs. While BT cut 4,000 positions in its last fiscal year, its overall headcount rose by 1,000, to 106,742 employees, according to its last set of earnings.

Should he secure the job of prime minister, Johnson has indicated he is prepared to lead Britain out of the European Union without any deal if negotiations prove fruitless. The prospect of a "no-deal Brexit" has unnerved businesses that have come to rely heavily on access to European labor while the UK has been an EU member.

Selley also today urged the government to deliver more "barrier-breaking initiatives" that will help to speed up fiber rollout. "We need easier access to MDUs [multi-dwelling units] and I would love the government to do away with the tax on fiber infrastructure," he said. "It is bizarre that when we are rallying to the cause we are subject to a tax that penalizes people who do work at scale."

Despite the difficulties, Selley said Openreach's full fiber "footprint" now extends to about 1.5 million premises and that his organization is well on track to hit its current targets.

Rivals like CityFibre that are building their own networks could help move the UK toward universal fiber coverage in the coming years, but they are demanding easier access to BT facilities, including its ducts and poles.

"It is a bit laborious now from a systems and process point of view and not really scalable," said Holden. "Probably there should be a DPA [duct and pole access] company carved out of Openreach, but it may be a while before that happens."