WebRTC & the Rise of the WebCo

BARCELONA -- Mobile World Congress -- There's a big opportunity for telecom service providers in WebRTC, but as with many emerging communications services and apps, there's also a big possibility they'll get cut out of the equation.

WebRTC is a free, open source project that turns supported web browsers into telephony engines. Essentially, any business or individual with a website could use the peer-to-peer technology to enable click-to-call, video chat, or multi-party collaboration directly from their site, without the need to download an app or plug in. (See Decoding WebRTC's Promise & Challenges .)

So why should operators care? Well, for one thing, they have the world's largest address book at their fingertips, in addition to their networks. WebRTC gives them a new way to reach their customers and enhance that interaction with multi-party video, quality of service, and a community that's not limited by requiring everyone to be members. (See Genband Builds a Gateway to WebRTC.)

Having an operator involved also means that a business or end user could accept incoming calls. That's a big limitation of WebRTC: As a web tech, its users can only call out.

Yet, while WebRTC would benefit from a cellular network, it could just as easily ride over it. That's why Andrew Goldberg, SVP of marketing and strategy at Dialogic Corp. (Nasdaq: DLGC), thinks WebRTC could turn any WebCo into a telco. He thinks this model would be particularly appealing to a social networking giant such as Facebook or a communications provider such as Twilio Inc. (NYSE: TWLO) or Viber.

His logic is that people are increasingly known by their identity rather than their phone number. A WebCo could get in on the trend of becoming a data mobile virtual network operator (MVNO) and offer the voice calling via WebRTC without a PSTN and a data identity for messaging. Dialogic provides the media server to enable this, and Goldberg said the company is in trials with Tier 1 telcos in the US, but he also sees the standard evolving quickly in the web world too.

"WebRTC empowers anyone to become a WebCo overnight," Goldberg said. "It's a question of, who wants to innovate most quickly?"

I have my doubts about a site such as Facebook becoming a virtual mobile service provider (for many reasons). Those rumors have been brought up and shut down several times over. But, the point is, it could happen. When it comes to innovating quickly, that's a game telcos tend to lose. WebRTC is yet another way for them to be cut out of the equation, and it's yet another technology they shouldn't ignore.

Ariella 3/4/2014 | 10:52:48 AM
Re: Intervention @Joe, so are you working on a decorated chest or just fixing a motorcycle? I wonder if it woudl make suggestions for the latter if someone mentions the book Zen and the Art of Motorcycle Maintenance.
Reply | Post Message | MESSAGES LIST | START A BOARD

Ariella 3/4/2014 | 10:52:47 AM
Re: Intervention @Joe, so are you working on a decorated chest or just fixing a motorcycle? I wonder if it woudl make suggestions for the latter if someone mentions the book Zen and the Art of Motorcycle Maintenance.
Reply | Post Message | MESSAGES LIST | START A BOARD

1) Facebook and similar companies are much more sensitive to market pressures, generally more jealous about customer data, and participating in an industry that is very privacy-sensitive.


2) Facebook's advertisements keep suggesting I take classes in woodworking and motorcycle repair -- so even though Facebook has all this information about me, clearly nobody is paying attention to it.  ;)
Reply | Post Message | MESSAGES LIST | START A BOARD

I think we need to divide the question into its three components.

VoLTE is all about more efficient network transport for the Carriers.  VoLTE doesn't really result in a better experience for the subscriber and, in its early stages, may result in degradation of service until Carriers work out all the kinks.  Carriers have to go this route in order to preserve spectrum, so it's winning, but primarily as a cost savings rather than a catalyst for ARPU growth.

One could argue that RCS is "winning" because there are a number of commerical deployments but the subscriber demand has been muted.  It certainly enhances the Carrier's services offerings, but lacks the Webco feel and innovation curve.  RCS will remain an important part of the equation because it is standards-based and well understood.

Long-term, we believe that WebRTC will be an absolute winner.  Any application that is "built-in" to billiions of handsets, tablets and PCs via the browser has a decided advantage over a closed architecture or a solution that requires an additional download.  We are seeing a strong response from hundreds of application developers AND many Tier I carriers in a race to develop subscriber-facing video, voice and collaboration services that can be launched in 2014.  The WebRTC spec is still in its early stages so there will be a lot of evolution over the next twelve months but it's clear that the momentum favors this initiative.
Reply | Post Message | MESSAGES LIST | START A BOARD 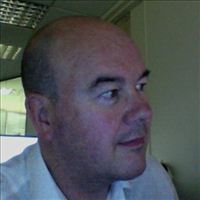 
Telco's are in a difficult situation, with large existing business areas to guard against and target, sometimes it is difficult to see (or want to see) the longer term evolving picture. Those Telco's with meaningful innovation programs are best positioned to see the opportunity and act upon it. Their initial angle for success in the WebRTC space is to identify the types of applications that are enhanced by and need multiple inbound and outbound channels combined with termination points.


But with pressure on Telco's to re-use network assets, the New WebCo's will look to exploit WebRTC opportunities that a Telco is not able or prepared to address. In cases where the application opportunity or experience is not dependant on any traditional Telco type service, the WebCo is highly likely to be able to develop its apps quickly and cost effectively, placing them within the market. It remains to be seen how quickly they can achieve market attention and grow usage combined with a strong revenue base - but it probably wont be long. Tie ups with or acquisition by Telcos' is not out of the question either in the long term future.

Sarah Thomas 3/3/2014 | 6:24:25 AM
Re: Intervention Interesting thoughts, Joe. I agree in part, but I think there's a lot more that will keep the operators alive and kicking for some time to come -- for one thing, their huge customer bases and revenues. OTT apps haven't even had that much of an affect on SMS revenues yet, in the big picture.

Great thoughts, Sarah. Ray, we agree with your sentiments. Too few carriers are really looking at the possibilities of WebRTC to help them gain a bigger Web presence. The technology also can serve as a means to innovate and reduce time to market for new services.

WebRTC is a double-edged sword for telcos. It is giving Facebook and other Web-based communications companies a leg up, yet because most carriers haven't recognized the value in it, they are missing out on low-hanging fruit to become more Web and software savvy. It will be interesting to see how things really shake out with Facebook, Twilio and others, as well as how it affects CSPs like TEF Digital from a competitive standpoint.

smkinoshita 3/1/2014 | 9:44:44 PM
Re: Time to turn the tables @Ray:  I think it's just easier to see development as a threat rather than a potential boon.  It's sort of like a lesson in marketing I was taught once -- that any other businesses except for direct competitors aren't threats, they're indifferent but can be potential allies.

For example, I imagine many people would shudder at the thought of people have any more access to them thorugh Facebook.  Heck, maybe there will be a demand for a mobile network that BLOCKS WebRTC as a privacy option?
Reply | Post Message | MESSAGES LIST | START A BOARD

Google Hangouts still uses a Google Chat plugin to work. But It's obvious that since Google has been supporting WebRTC for some time that this is the technological direction that they will eventually take.


I had never pondered Facebook getting into this, but I can see where that would lead. I see Facebook more as a communications solution now more than ever. Of course, that may be because I use it for messaging way more than sharing at this point. Twitter, I think, is better in its sharing aspects.