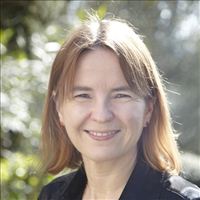 How much more can Nokia take? Just been reading previous comments on LR about the WP8 fiasco too...what a PR disaster for MS and Nokia.


Nokia was dead the day Elop announced the move to WP.&nbsp; WP has hardly any market share and any increase it saw was mainly at the cost of WM.&nbsp; So in the end, Microsoft is not making much headway.&nbsp; Why move to a platform that has hardly anything sales wise; they have been at 10 million handsets sales a year; that is where they started at the end of the first full year and on target to end there at the end of year two.&nbsp; That is not growth at all and overall, the market share it held went from 2.6% to 1.9% last quarter.&nbsp; All Nokia did was enter a market space where all of the vendors are vying for a piece of that 10 million sales a year.&nbsp; Nokia has just pulled sales from HTC and Samsung while enticing a few new customers to buy the phone.&nbsp; Elop was counting on the current customer base to follow.&nbsp; If the current customer base wanted a Microsoft based phone, they would have been using WM.&nbsp; So why would they follow when they clearly made that decision to forgo a Microsoft OS to begin with?